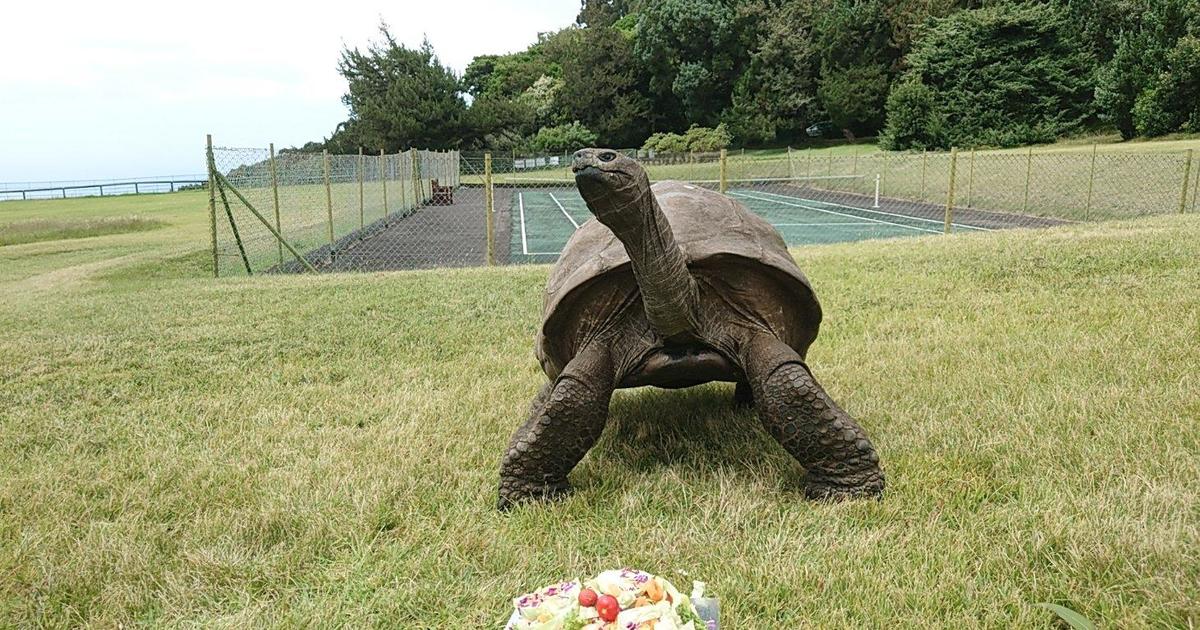 
He’s lived through both World Wars, seven British monarchs, 39 U.S. presidents and is older than the Eiffel Tower – and now, Jonathan the tortoise is celebrating another year around the sun as he turns 190.

Jonathan, the world’s oldest known land animal, resides in Saint Helena, a British territory in the Atlantic Ocean off the coasts of Angola and Namibia. The island held an official birthday bash over the weekend, celebrating the longest-living chelonian at the island’s governor’s residence. Along with hosting broadcasts about Jonathan’s significance, the island also held a “main event” in his honor on Sunday, where people could get Jonathan stamps and other Jonathan-themed souvenirs.

The island’s tourism department posted images of the celebration on Sunday, showing the planet’s longest-living tortoise and “national treasure” enjoying a “cake” of some of his favorite garden vegetables.

Jonathan’s long life has earned him two Guinness World Records – one in 2019 for becoming the world’s oldest land animal and another this January for becoming the oldest living chelonian, a term encompassing turtles, terrapins and tortoises.

He is believed to have been born in 1832, but according to Guinness, could be even older, as he wasn’t found until he wound up in St. Helena until 1882 when he was already fully mature.

According to the record-keeping group, Jonathan has lived through some of humanity’s biggest milestones: the first telephone call in 1876, the completion of the Eiffel Tower in 1887, the Wright brothers’ first power-driven flight in 1903 and the first people to walk on the moon in 1969.

Through all of that, however, his vet told Guinness that Jonathan’s interests have stayed the same – sleeping, eating and mating.

“In spite of his age, Jonathan still has good libido and is seen frequently to mate with Emma and sometimes Fred – animals are often not particularly gender-sensitive!” the veterinarian, Joe, told Guinness earlier this year.

And the celebrations aren’t over. Saint Helena’s tourism site says that there is an application underway to make a national holiday in honor of the tortoise.