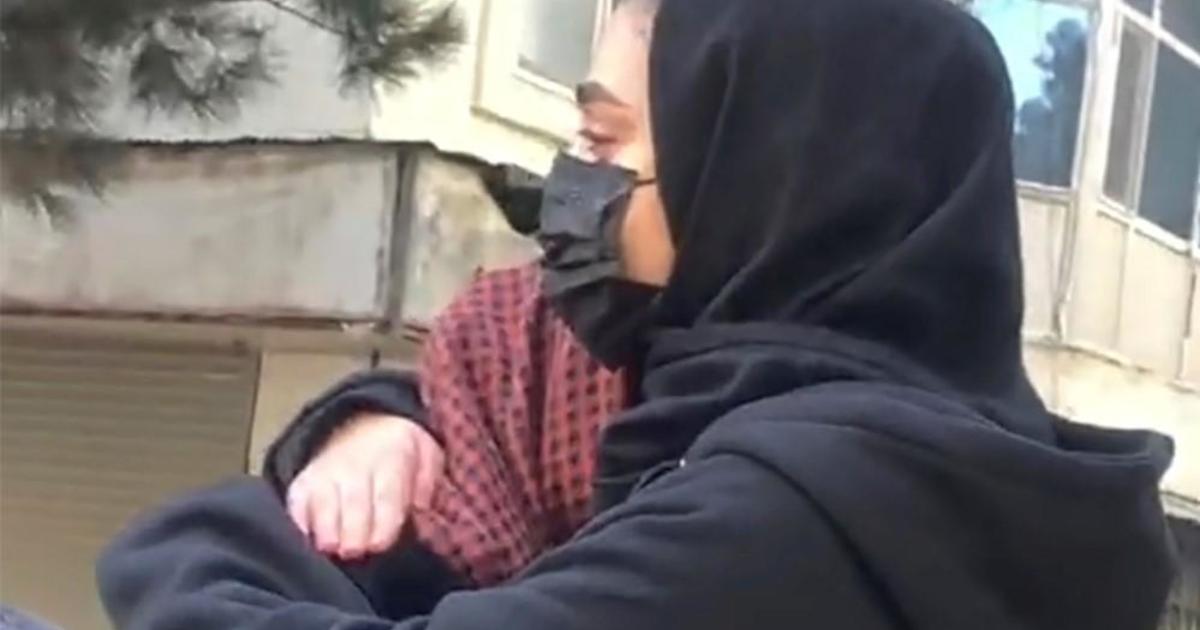 
Taliban security forces in the Afghan capital on Wednesday enforced a higher education ban for women by blocking their access to universities, with video obtained by The Associated Press showing women weeping and consoling each other outside one campus in Kabul.

The country’s Taliban rulers a day earlier ordered women nationwide to stop attending private and public universities effective immediately and until further notice. The Taliban-led administration has not given a reason for the ban or reacted to the fierce and swift global condemnation of it.

Journalists saw Taliban forces outside four Kabul universities Wednesday. The forces stopped some women from entering, while allowing others to go in and finish their work. They also tried to prevent any photography, filming and protests from taking place.

Rahimullah Nadeem, a spokesman for Kabul University, confirmed that classes for female students had stopped. He said some women were allowed to enter the campus for paperwork and administrative reasons, and that four graduation ceremonies were held Wednesday.

Members of an activist group called the Unity and Solidarity of Afghanistan Women gathered outside the private Edrak University in Kabul on Wednesday morning, chanting slogans in Dari.

“Do not make education political!” they said. “Once again university is banned for women. We do not want to be eliminated!”

On Wednesday, to protest the Taliban’s decision, some male university teachers resigned from their jobs, and dozens of male students walked out of exams, submitting blank papers, CBS News’ Ahmad Mukhtar reports.

Sifatullah Bahij, a male lecturer at Kabul’s Polytechnic University, said, “I have served the faculty of Civil Engineering in KPU (Kabul Polytechnic University) for over 8 years, but despite rich experience and a Ph.D., I don’t wish to continue working somewhere where there is organized discrimination against innocent and talented girls of this country by those in power.”

Videos published on social media showed male students at Nangarhar University walking out of their tests in protest of the education ban for women, while their female peers applauded them from outside.

Despite initially promising a more moderate rule respecting rights for women and minorities, the Taliban have widely implemented their interpretation of Islamic law, or Sharia, since they seized power in August 2021.

They have banned girls from middle school and high school, barred women from most fields of employment and ordered them to wear head-to-toe clothing in public. Women are also banned from parks and gyms.

A letter shared by the spokesman for the Ministry of Higher Education, Ziaullah Hashmi, on Tuesday told private and public universities to implement the ban as soon as possible and to inform the ministry once the ban is in place.

The move is certain to hurt efforts by the Taliban to win international recognition for their government and aid from potential donors at a time when Afghanistan is mired in a worsening humanitarian crisis. The international community has urged Taliban leaders to reopen schools and give women their right to public space.

Qatar and Pakistan, both Muslim countries, have expressed their disappointment at the university ban and urged authorities to reconsider their decision.

Qatar played a key role in facilitating the negotiations that led to the withdrawal of U.S. forces from Afghanistan last year. It called on the “Afghan caretaker government” to review the ban in line with the teachings of Islam on women’s education.

Neighboring Pakistan said its position on the issue of women’s education has been “clear and consistent.”

U.S. Secretary of State Antony J. Blinken said late Tuesday that no other country in the world bars women and girls from receiving an education.

“The Taliban cannot expect to be a legitimate member of the international community until they respect the rights of all in Afghanistan,” he warned. “This decision will come with consequences for the Taliban.”

“Depriving girls of this right is regrettable,” Abdallah said in a Tweet. He urged the country’s Taliban leadership to reconsider the decision.

“By destroying the future of girls and women in #Afghanistan, the #Taliban decided to destroy their own country’s future. I will put the issue on the agenda of the G7 tomorrow. The Taliban may try to make women invisible, but won’t succeed – the world is watching,” Germany’s Foreign Minister Annalena Baerbock tweeted.

Afghan political analyst Ahmad Saeedi said that the latest decision by the Taliban authorities may have closed the door to winning international acceptance.

“The issue of recognition is over,” he said. “The world is now trying to find an alternative. The world tried to interact more but they (the Taliban) don’t let the world talk to them about recognition.”

Saeedi said he believes most Afghans favor female education because they consider learning to be a religious command contained in the Quran.

He said the decision to bar women from universities was likely made by a handful of senior Taliban figures, including the leader Hibatullah Akhunzada, who are based in the southwestern city of Kandahar, the birthplace of the Taliban movement.

He said the main center of power is Kandahar, rather than the Taliban-led government in Kabul, even if the ministers of justice, higher education and so-called “virtue and vice” would also have been involved in the decision to ban women from universities.

U.N. experts said last month that the Taliban’s treatment of women and girls in Afghanistan may amount to a crime against humanity and should be investigated and prosecuted under international law.

They said the Taliban actions against females deepened existing rights violations – already the “most draconian globally” – and may constitute gender persecution, which is a crime against humanity.

The Taliban authorities have rejected the allegation.