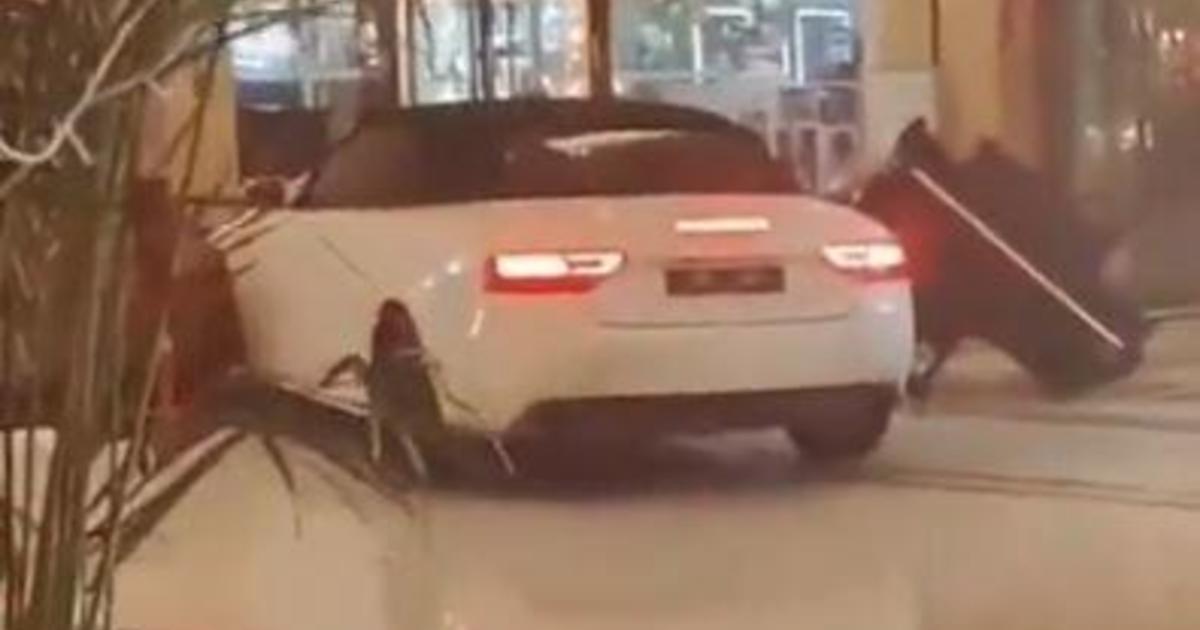 A disgruntled guest rammed his sports car through a Chinese hotel’s doors and drove wildly around its lobby, leaving a trail of destruction after arguing with staff about his missing laptop.

Several videos published on social media showed the white car smashing the glass doors of the central Shanghai hotel from their hinges, reversing and then bursting through into the lobby, knocking over anything in its path. A sign visible in one video shows the wild scene unfolded at the Jinling Purple Mountain Hotel Shanghai.

The car, a convertible with its top up, then hurtled haphazardly around the entrance hall as bewildered spectators asked each other what was going on, with one exclaiming: “He’s going nuts!”

In one video snippet, people can be seen trying to get the driver out of the crashed vehicle, before the car reverses and speeds through the lobby, sending bystanders scurrying away.

Local police said the incident had taken place in the late morning on Tuesday, and that the driver was a 28-year-old man named Chen who had gotten into a dispute with hotel staff over the loss of his laptop during his stay there.

No one was injured in the incident, they said in the statement posted on their Weibo social media account, adding that Chen had been detained pending further investigation.

Hotel staff told AFP the laptop had been stolen and was found outside the hotel.

The car crashed into another set of doors before apparently heading for the exit, only to slam into a door frame and come to a stop, its hazard lights flashing.

Onlookers and hotel staff screamed at the driver to get out of the car, banging on it and trying to smash through a window to get the keys.

“Do you have any idea what you’ve done?” they can be heard shouting. “Are you crazy? Are you?”

According to booking.com, the Jinling Purple Mountain Hotel Shanghai is a 4-star hotel with “very good” reviews.