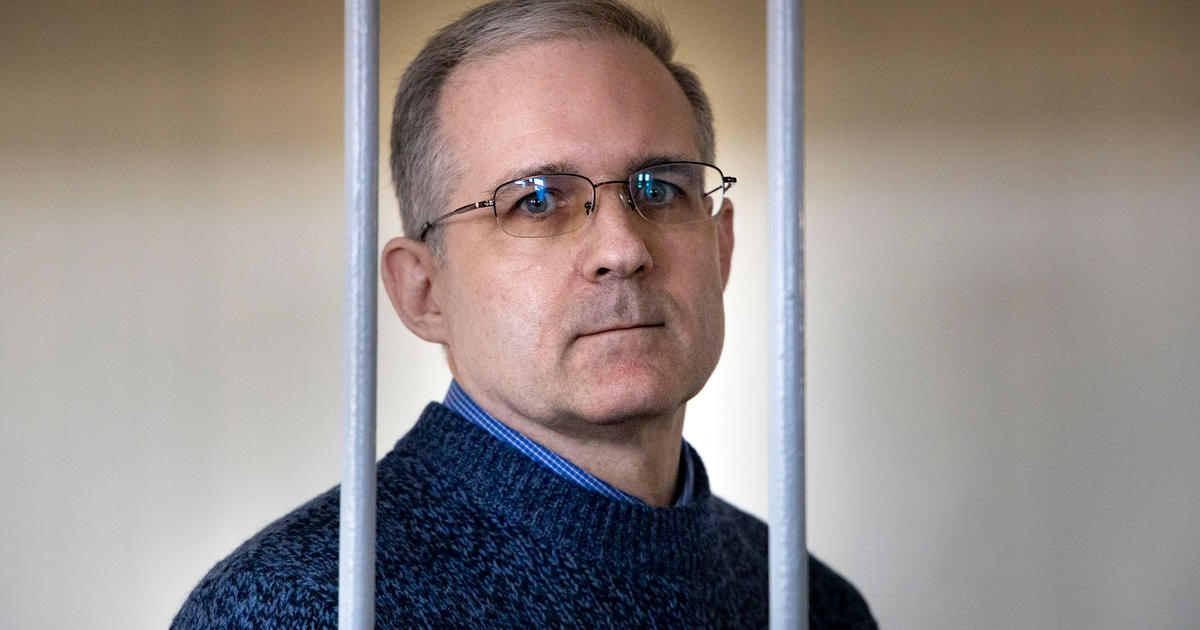 
Washington — White House officials are convening a planning session Monday to discuss the next steps in securing retired U.S. Marine Paul Whelan’s freedom from Russia, an official with the National Security Council confirmed to CBS News.

The meeting is part of the Biden administration’s “continued work” on Whelan’s case, and is “routine,” according to the official. Whelan, 52, was arrested by Russian authorities at a Moscow hotel in December 2018 on espionage charges and sentenced to 16 years in prison. He is currently serving his sentence at a remote penal colony.

Roger Carstens, special presidential envoy for hostage affairs, said Sunday in an interview on MSNBC that Biden administration officials would be convening Monday to continue discussions on securing Whelan’s release from Russia.

Whelan’s case has drawn renewed attention following the release last week of WNBA star Brittney Griner from Russia as part of a prisoner exchange for notorious international arms dealer Viktor Bout, known as the “Merchant of Death.” Griner was detained at an airport outside of Moscow in February after customs officials found vape cartridges with cannabis oil in her luggage and sentenced to nine years in prison in August.

The exchange took place in the United Arab Emirates, and Griner arrived in Texas early Friday.

The prisoner swap negotiated by the Biden administration has sparked criticism from Republicans, including former President Donald Trump, who have accused the White House of prioritizing Griner, a celebrity, over Whelan, a veteran. GOP critics also seized upon the decision by the White House to release Bout’s release to Russia, while Whelan, who the U.S. says is being unjustly held, remains detained.

Trump denounced the prisoner exchange on his social media platform Truth Social, calling it a “one-sided disaster” and “big win for Russia.” The former president also questioned why Whelan wasn’t included in the swap.

But Fiona Hill, a former White House national security official, told “Face the Nation” on Sunday that the Russians raised a potential prisoner exchange involving Bout and Whelan during Trump’s presidency. Hill said the Russians were “making it very clear that they had every intent of trying to swap Americans that have been wrongfully detained for individuals in United States custody who were there for pretty good reasons.”

“President Trump wasn’t especially interested in engaging in that swap for also Paul Whelan,” Hill said. “He was not particularly interested in Paul’s case in the way that one would have thought he would be.”

Trump confirmed on Truth Social that he turned down a deal with Russia on a one-for-one prisoner exchange involving Bout and Whelan, claiming he did so because of the number of people killed as a result of the weapons Bout supplied for civil wars in the Middle East, Africa and South America.

“Russia is treating Paul’s case differently than Brittney’s,” the president said during remarks Thursday. “And while we have not yet succeeded in securing Paul’s release, we are not giving up.  We will never give up.”

Secretary of State Antony Blinken told CBS News that “the choice wasn’t between getting one American or the other back. The choice before us was one or none, and the president decided that it was important to at least bring Brittney home now and continue to work on getting Paul back too.”