What the Patriot missile can do for Ukraine 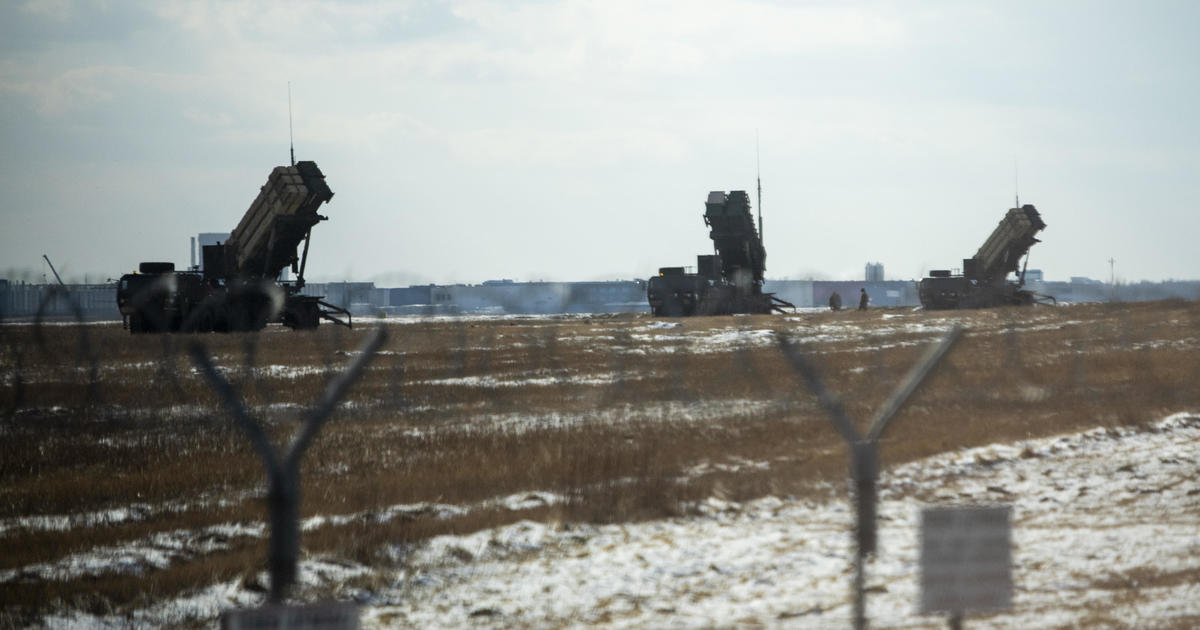 
Patriot missile systems have long been highly sought by U.S. allies in contested areas of the world as a shield against incoming missiles. In Europe, the Middle East and the Pacific, they guard against potential strikes from Iran, Somalia and North Korea.

So it was a critical turning point when news broke this week that the U.S. has agreed to send a Patriot missile battery to Ukraine — Ukrainian President Volodymyr Zelenskyy has wanted the missile system to augment his country’s air defenses. U.S. officials have confirmed the agreement, and an official announcement is expected soon. However, experts caution that the system’s effectiveness is limited.

Here’s a look at what the system is and what it does:

What is the Patriot?

Each Patriot battery consists of a truck-mounted launching system with eight launchers that can hold up to four missile interceptors each, a ground radar, a control station and a generator. The Army said it currently has 16 Patriot battalions. A 2018 International Institute for Strategic Studies report found those battalions operate 50 batteries, which have more than 1,200 missile interceptors.

The Patriot system “is one of the most widely operated and reliable and proven air missile defense systems out there,” and the theater ballistic missile defense capability could help defend Ukraine against Iranian-supplied ballistic missiles, said Tom Karako, director of the Missile Defense Project at the Center for Strategic and International Studies (CSIS).

How much does the Patriot cost?

Over the years the Patriot system and missiles have been continually modified. The current interceptor missile for the Patriot system costs approximately $4 million per round and the launchers cost about $10 million each, CSIS reported in its July missile defense report. At that price, it’s not cost effective or optimal to use the Patriot to shoot down the far smaller and dramatically cheaper Iranian drones that Russia has been buying and using in Ukraine.

“Firing a million-dollar missile at a $50,000 drone is a losing proposition,” said Mark Cancian, a retired Marine Corps reserves colonel and senior adviser at CSIS.

Concerns about its deployment

A Patriot battery can need as many as 90 troops to operate and maintain it, and for months the U.S. was reluctant to provide the complex system because sending U.S. forces into Ukraine to operate it is not an option for the Biden administration.

But there were also concerns that deployment of the system would provoke Russia, or risk that a missile fired could end up hitting inside Russia, which could further escalate the conflict. According to officials, the urgent pleas by Ukrainian leaders and the devastating destruction of the country’s civilian infrastructure, including loss of electricity and heat as winter drags on, ultimately overcame U.S. reservations about supplying the Patriots.

A key hurdle will be training. U.S. troops will have to train Ukrainian forces on how to use and maintain the system. Army solders assigned to Patriot battalions get extensive training to be able to effectively locate a target, lock on with radar and fire.

The U.S. has trained Ukrainian troops on other complex weapons systems, including the High Mobility Artillery Rocket Systems, known as HIMARS. In many cases they’ve been able to shorten the training, getting Ukrainian troops out to the battlefront in weeks. Officials have declined to provide details on how long the Patriots training would take and where exactly it will be done.

Ukraine faces a range of Russian threats, and the Patriot is good against some and not that useful against others.

One former senior military official with knowledge of the Patriot system said it will be effective against short-range ballistic missiles and it represents a strong message of U.S. support, but one battery isn’t going to change the course of the war.

The official, who spoke on condition of anonymity because the Ukraine deal has not yet been made public, noted that one Patriot battery has a long firing range, but can cover only a limited broad area. As an example, Patriots can effectively protect a small military base, but can’t fully protect a large city such as Kyiv. They could only provide coverage for a segment of a city.

Patriots are often deployed as a battalion, which includes four batteries. This won’t be the case with Ukraine, which officials said would be receiving one battery.

The Patriot has a more powerful radar that is better at discriminating targets than the Soviet-era S-300 system the Ukrainians have been using, but it has limitations, both Karako and Cancian said.

Still the Patriot’s ability to target some ballistic missiles and aircraft could potentially protect Kyiv if Russian President Vladimir Putin carried through on his persistent threat to deploy a tactical nuclear device. But that would depend on how the weapon was delivered, Karako said. If it was a gravity bomb delivered by a warplane, the system could target the aircraft; if it was a cruise or short-to-medium-range ballistic missile, it could also possibly intercept the missile, Karako said.

Raytheon, which manufactures the Patriot, says it has been involved in 150 intercepts of ballistic missiles since 2015. The success rate of the Patriot, however, has been repeatedly questioned. A 1992 Government Accountability Office report said it could not find evidence to support reports that the system had achieved a 70% success rate against Scud missiles in the Gulf War. In 2018, Saudi Arabia’s success in using Patriots against missiles fired by Houthi rebels in Yemen was questioned when videos surfaced of systems failing.