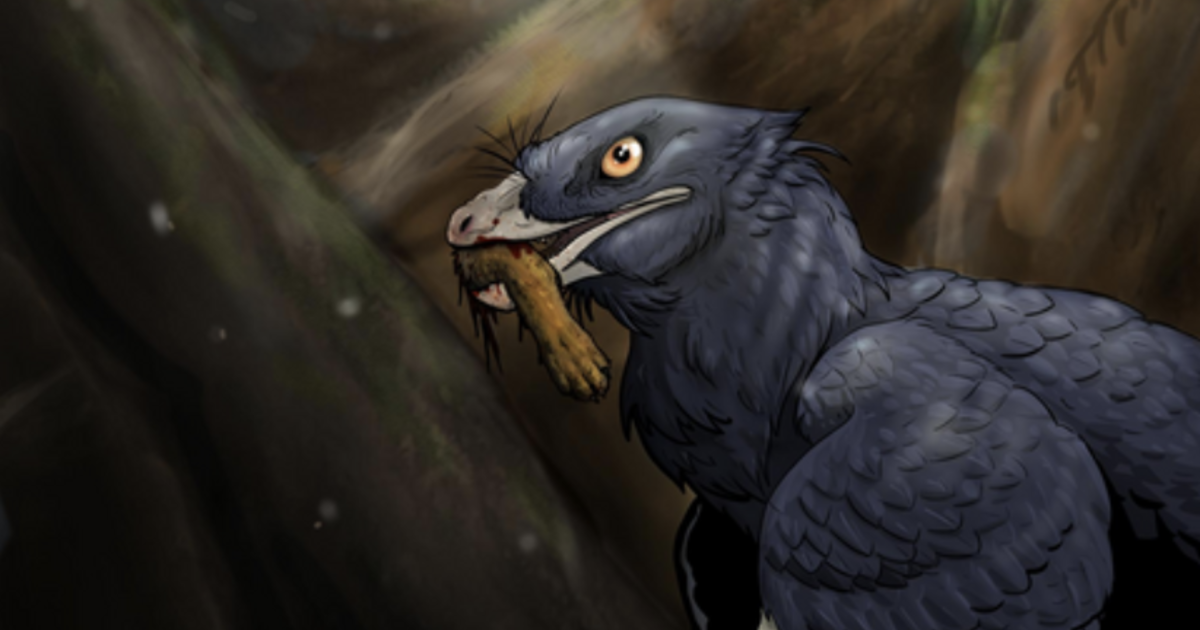 It’s not uncommon for scientists to uncover new fossils from the ages of dinosaurs, but every now and then, a discovery reveals much rarer information.

Scientists unearthed the fossil of the small and feathered microraptor zhaoianus back in 2000, but only recently did one researcher catch a “very rare discovery” — another animal inside of its remains. Professor Hans Larsson of Montreal’s McGill University found that the fossil actually displayed the foot of an ancient mammal right between the ribs.

But don’t worry — researcher David Hone of the Queen Mary University of London said it “would absolutely not have been a human ancestor.”

Microraptors lived in forests of what is now China about 120 million years ago. They were roughly the size of a crow, with long feathers, and are thought to have glided through the trees to hunt for small animals. But that’s what makes this particular finding so interesting, researchers said.

After analyzing the digested animal’s foot, it seems as though it was a mouse-sized creature bound to the ground and not a particularly good climber, indicating that the microraptor likely would have abandoned its tree-top search for a land-based snack. Past studies of the feathered dinosaur have revealed they consumed birds, lizards and fish.

“It’s so rare to find examples of food inside dinosaurs so every example is really important as it gives direct evidence of what they were eating,” Hone said. “…This study paints a picture of a fascinating moment in time – one of the first record of a dinosaur eating a mammal — even if it isn’t quite as frightening as anything in Jurassic Park.”

The research was published in the Journal of Vertebrate Peleontology on Tuesday.

A press release from Hone’s university said that the finding makes it clear this particular kind of dinosaur had a “diverse diet and was not a specialist on any given option.” However, the university also noted that researchers are uncertain whether the small mammal in the raptor’s belly was a direct prey or an already-dead animal that had been scavenged.

Fellow researcher Alex Dececchi of South Dakota’s Mount Marty College compared the dinosaur to a house cat, a creature of about the same size.

“Microraptor would have been an easy animal to live with but a terror if it got out as it would hunt everything from the birds at your feeder to the mice in your hedge or the fish in your pond,” Dececchi said.