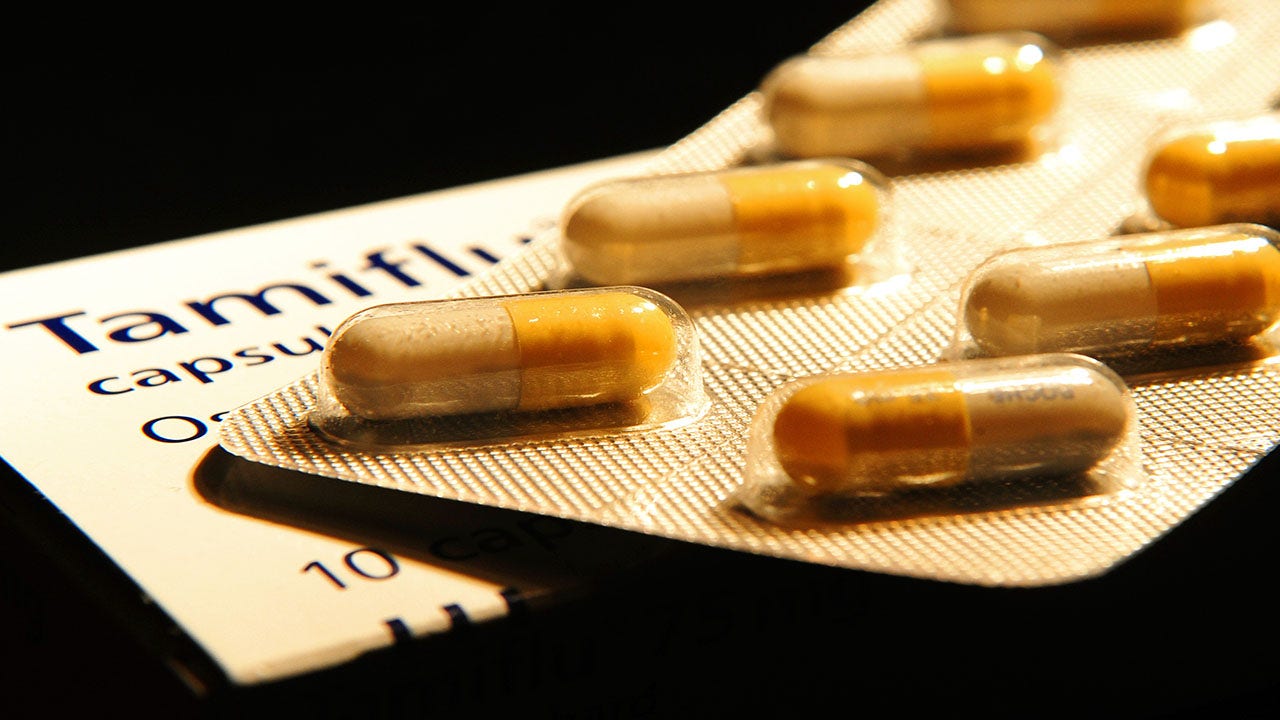 
The Department of Health and Human Services said on Wednesday it will release prescription flu medication from the strategic national stockpile amid an unusually early and severe flu season.

Parts of the United States are being hit hard by a combination of respiratory viruses, including the flu, Respiratory Syncytial Virus (RSV), and COVID-19.

Tamiflu, or oseltamivir phosphate, comes in liquid and capsule form and fights the flu by stopping the virus from multiplying in an infected person’s body.

The FDA does not currently list Tamiflu as being in a nationwide shortage, but is aware of “localized shortages where demand is especially high.”

‘GREAT CONCERN’: INVASIVE GROUP A STREP CASES SPIKING IN SOME PARTS OF US — CDC IS INVESTIGATING

Other medications are also in short supply. Some pharmacies, including Walgreens and CVS, have placed limits on purchases of children’s pain relief medication.

The FDA warned last month of an “acute shortage” of amoxicillin, an antibiotic used to treat bacterial respiratory infections.

A surge in flu and respiratory illnesses are creating medication shortages, including this South Florida pharmacy with no children’s Tylenol in stock on Friday, Dec. 9, 2022.
(Cindy Krischer Goodman/South Florida Sun Sentinel/Tribune News Service via Getty Images)

The CDC estimates that there have been at least 15 million illnesses so far this flue season, resulting in 150,000 hospitalizations, and 9,300 deaths.

Paul Best is a breaking news reporter for Fox News Digital and Fox Business. Story tips and ideas can be sent to Paul.Best@fox.com and on Twitter: @KincaidBest.