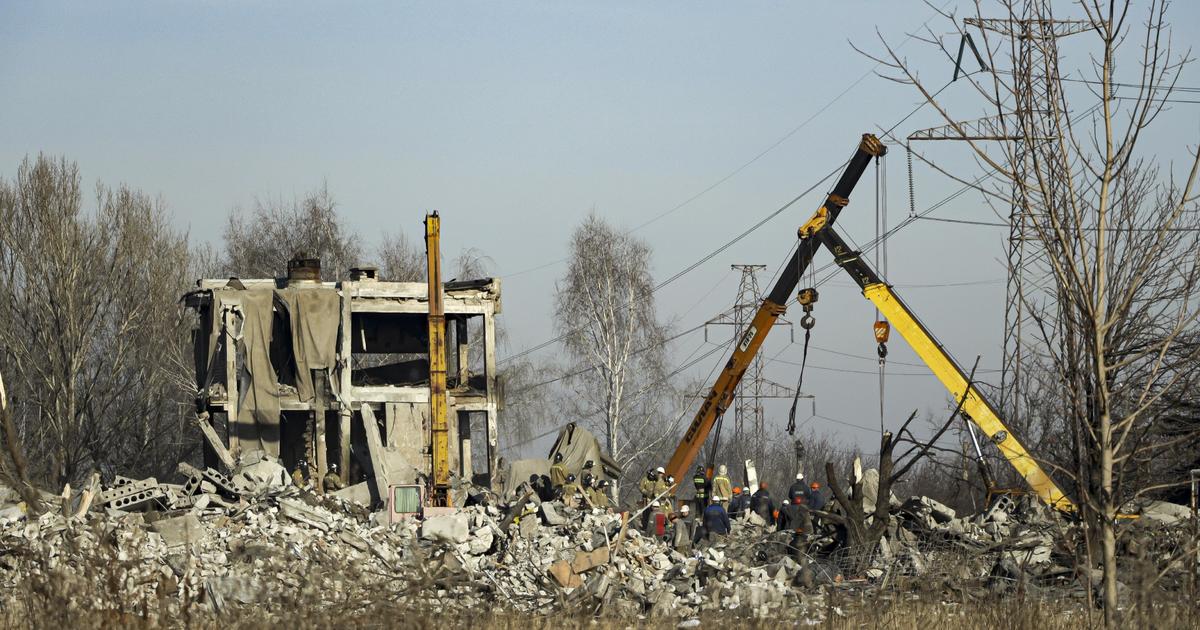 
The Kremlin is preparing to step up its use of Iranian-made exploding drones after at least 63 Russian soldiers were killed in a Ukrainian attack on Russian forces on New Year’s day, Ukraine’s President Volodymyr Zelenskyy said. The attack saw Ukraine hit a Russian military base inside the occupied Donetsk region with U.S.-made weapons.

“We have information that Russia is planning a prolonged attack by [exploding drones]” Zelenskyy said Monday in his nightly address. He said Russia’s goal was “exhausting our people, our air defense, our energy sector,” but that Ukraine must keep fighting back.

63 people were killed in the New Year’s attack, Russia’s defense ministry said in a rare admission of military loss. The ministry said Ukraine fired six rockets from a HIMARS multiple rocket launch system, two of which were shot down. A knowledgeable official confirmed to CBS News that American-supplied HIMARS systems were used in the attack on the base.

Ukraine initially claimed the death toll from the attack was much higher than the figure reported by Russia. The Strategic Communications Directorate of Ukraine’s Armed Forces said Sunday at least 400 Russian soldiers were killed and 300 were injured in one of the deadliest Ukrainian strikes on Russian forces since the start of the war nearly a year ago. An official told CBS News the true death toll was likely somewhere between the figures offered by Ukraine and Russia.

“On the one hand, they don’t like to ever admit to taking military casualties. On the other hand, by publicizing these numbers and keeping them relatively high but not admitting to the full amount, they can instead try to rally public support,” Jeff Hawn, a Russia expert at the London School of Economics, told CBS News’ Ian Lee.

The attack on the base brought a wave of criticism of Russia’s senior military commanders, both online and from nationalist commentators who have long been largely supportive of the Kremlin’s Ukraine strategy. Some commentators said many more soldiers could have been killed in the attack than the defense ministry admitted, and that it showed Russian commanders had not learned from past mistakes.

The Institute for the Study of War, a think tank, said late Monday that Putin was likely looking to shift the narrative about the progress of the war and rebuild waning support for his Ukraine strategy among key players in Russia.

“Russia’s air and missile campaign against Ukraine is likely not generating the Kremlin’s desired information effects among Russia’s nationalists,” the institute said. “Such profound military failures will continue to complicate Putin’s efforts to appease the Russian pro-war community and retain the dominant narrative in the domestic information space.”

Zelenskyy said Ukraine’s job was to keep fighting back, in big ways and small.

“Our task is to give Ukraine every day successes, achievements, even small, yet victories over terrorists and terror. Each shot down drone, each shot down missile, each day with electricity for our people and minimal schedules of blackouts are exactly such victories.”

Mary Ilyushina contributed to this report.