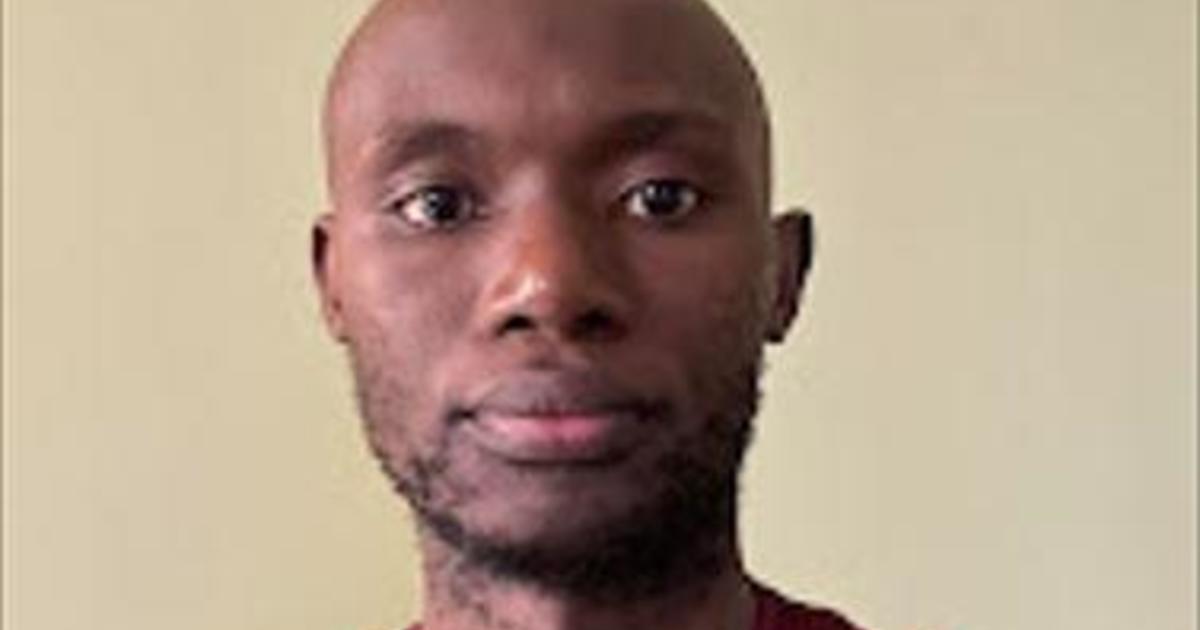 
Kyiv, Ukraine — Ukraine said Wednesday that it had secured the release of a U.S. citizen as well as 64 Ukrainian military service members in its latest prisoner swap with Russian forces.

“Sixty-four soldiers of the Ukrainian Armed Forces who fought in Donetsk and Lugansk — in particular participated in the defense of the city of Bakhmut — are going home,” the Ukraine presidency’s chief of staff Andriy Yermak said on social media. “It was also possible to free a U.S. citizen who helped our people — Suedi Murekezi.”

Russia’s state-run TASS news agency has reported that Murekezi was arrested in the eastern Donetsk region of Ukraine in June and charged with attending anti-Russian protests and inciting “ethnic hatred.”

Citing his lawyer, TASS said Murekezi was born in Rwanda and moved to the United States with his family in 1994. The lawyer said Murekezi worked in a nightclub in the southern Ukrainian city of Kherson, which was only recently retaken from Russia’s occupying forces, and he denied that his client was a combatant.

Sele Murekezi who lives in Minnesota, told The Guardian newspaper in July that his brother Suedi was arrested by Russian or pro-Russian forces in June in Kherson, where he had lived and worked for more than two years.

“We are all extremely worried for his wellbeing,” Sele Murkezi told The Guardian at the time. “He is obviously in danger.”

On July 7, Sele said he got a call from his brother for the first time in weeks. He told him he was imprisoned in Donetsk, the regional capital of one of the four regions that Moscow declared Russian territory in a move widely panned by the global community as an illegitimate, illegal landgrab.

Murekezi also told his brother, according to The Guardian, that he was being held in the same jail as two other Americans, Alexander Drueke and Andy Huynh. Both of those men were released in September. Unlike them, Murekezi’s friends, family and his Russian lawyers all insist that he never took part in any combat in Ukraine. His family and friends, speaking to The Guardian, said he never even took part in protests.

“They are using him as a pawn for their own propaganda purposes,” Sele Murekezi was quoted as saying by the newspaper.

Russian forces captured Kherson city soon after they invaded Ukraine in February, but Ukrainian troops retook it this autumn. It has been subjected to frequent bouts of Russian shelling since.

Ukrainian officials say the epicenter of fighting since Kherson’s recapture has been the Donetsk region, where Russian forces have for months been trying to capture Bakhmut.

But many parts of Ukraine have come under regular attack by Russian missiles, with a particular focus on destroying energy infrastructure. The strikes have knocked out power to roughly 40% of the country at times, according to Ukrainian officials.

On Wednesday, Ukrainian authorities said they had managed to intercept the latest salvo of Iranian-made explosive drones launched by Russia at the capital city of Kyiv. Some of the debris from the drones, which were intercepted by Ukrainian air defenses, did fall and cause damage to some buildings in Kyiv, but there were no casualties reported.

Ukraine has pushed its Western allies for months to provide it with more accurate and more powerful air and missile defense systems, and U.S. officials told CBS News on Tuesday that the Pentagon was preparing a plan to send the first Patriot air defense missile systems to Ukraine.

If approved, the Ukrainians would need six to eight weeks of training in Europe to begin operating the Patriot system, and 10 months to reach full operating capability with it, the officials told CBS News.