U.S. eliminated from World Cup after 3-1 loss to Netherlands 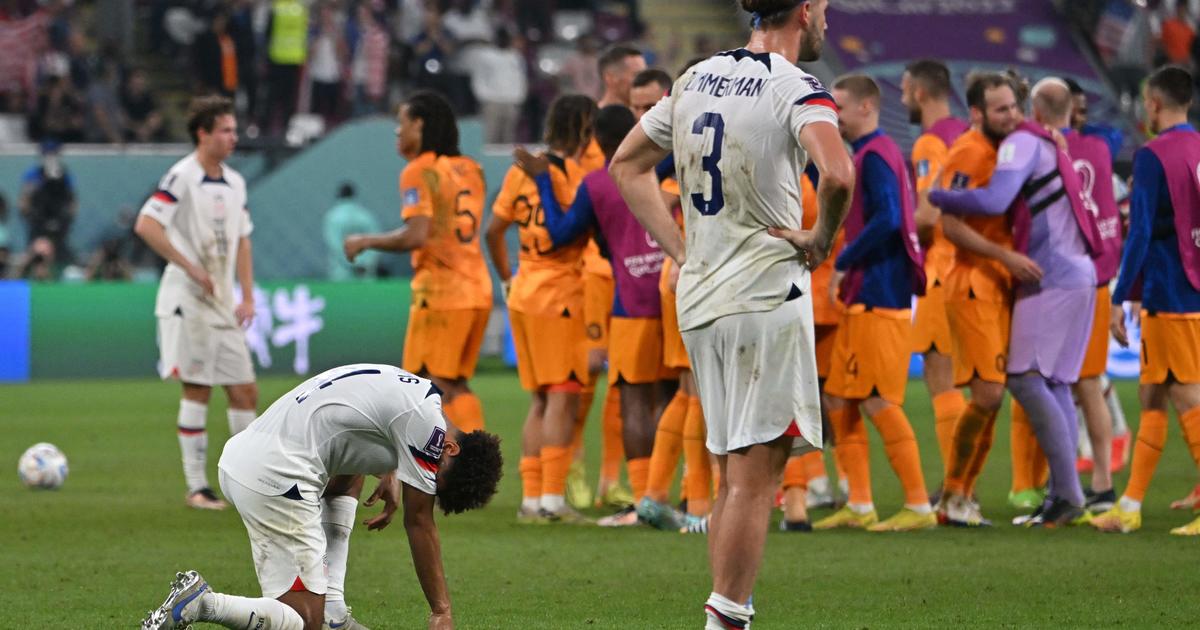 
The United States men’s soccer team has been eliminated from the World Cup after a 3-1 loss to the Netherlands Saturday.

It was a disappointing end for a rebuilt U.S. team hoping to advance past the round of 16 for the first time since 2002. Using the second-youngest squad in the tournament, the Americans achieved the bare minimum to consider the World Cup a success, beating Iran in their group-stage finale to reach the knockout round.

But just like in 2010 against Ghana and 2014 against Belgium, the United States was eliminated in the round of 16. While the Oranje extended their unbeaten streak to 19 games and advanced to a quarterfinal with Argentina, the Americans contemplated how far they came and how short they fell.

“It hurts after a tough loss like that when we feel like we could have had more,” forward Christian Pulisic said after the game, managing a voice only just above a whisper. “We don’t want to feel like this again.”

The Americans are winless in 12 games against European opponents at the World Cup since 2002, losing six, and are 1-7 during the tournament’s knockout rounds.

Captain Tyler Adams said ahead of Saturday’s match the U.S. team was going to have to give it their all. They went into the game as underdogs — a role U.S. Soccer is used to, men’s national team defender Walker Zimmerman told CBS News on Friday.

“I think it’s kind of what has made our team so special, is the resiliency that we have, that competitive spirit that every team before us has had,” he said.

Defensive lapses gave the Dutch a treat as Memphis Depay scored in the 10th minute and Daley Blind in first-half stoppage time.

U.S. hope revived when Pulisic’s cross hit the trailing foot of second-half substitute Haji Wright and popped over goalkeeper Andries Noppert and into the net in the 76th. But Denzel Dumfries, named after actor Denzel Washington, scored on a volley in the 81st after assisting on the first two goals.

“The American public should be optimistic,” said Gregg Berhalter, the first person to play for and coach the U.S. team at a World Cup. “When you look at the way we wanted to play and did play, it should be positive.”

The crowd of 44,846 was well back from the field at renovated Khalifa International Stadium, which has an athletics track and was more subdued than the raucous spectators for the match against Iran.

Pulisic, playing four days after getting hurt during his game-winning goal against Iran, had a chance to put the U.S. ahead in the third minute, but Noppert, playing in only his fourth international match, blocked his point-blank shot.

“I thought I was way offside when it happened, but I still hit it and he made a good save,” Pulisic said.

With the Americans seeking an equalizing goal, Noppert dived to stop Tim Weah’s 25-yard effort in the 42nd.

Following the loss, the U.S. players didn’t want to leave the field at first, wanting more time together.

“Just putting perspective and reflecting on the journey,” defender DeAndre Yedlin said. “Just giving thanks to the Earth. After every training and game we try to do a thing called grounding. It just helps put in perspective to come, good or bad.”

Others absorbed the defeat without words.

“Just looking around that locker room, the silence is deafening,” goalkeeper Matt Turner said. “We all want to create moments for people back at home to fall in love with the game and tonight was not one of those nights, unfortunately.”