‘Tis the season for Hallmark movies 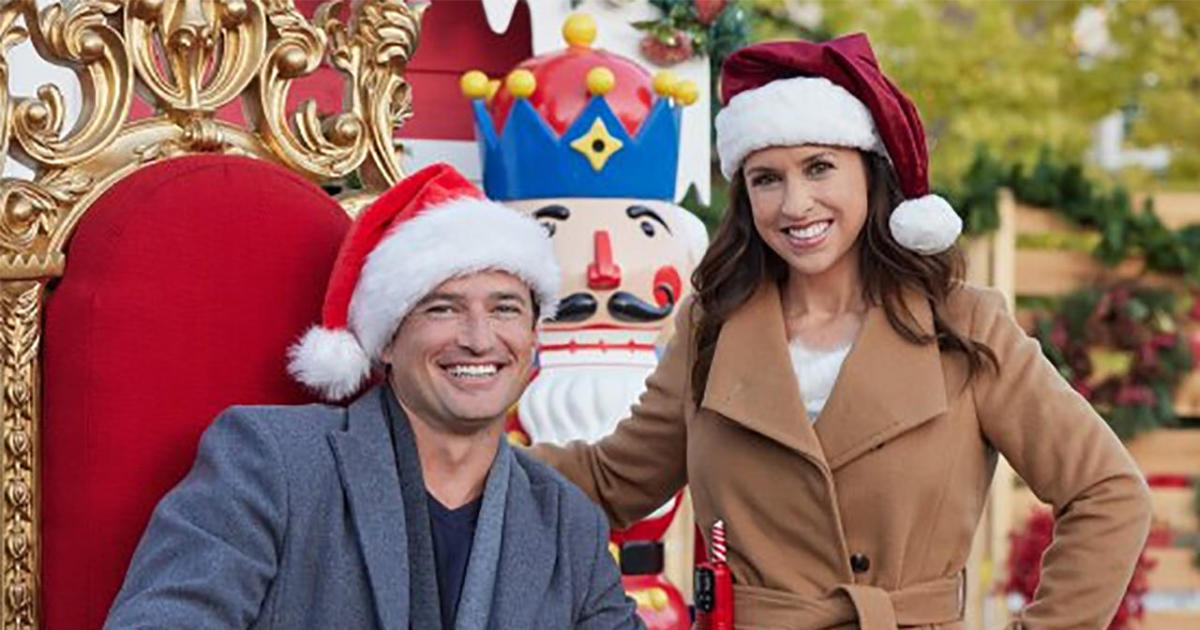 
An abandoned strip mall, in Ottawa, Ontario, in the middle of the night in October, might not seem like the place you’d go to make Christmas magic. But that’s exactly what was happening earlier this year as “Holiday Heritage” was being filmed, just one of a seemingly endless number of holiday movies created by, of all companies, a greeting card corporation.

Yes, it’s Hallmark Holiday Movie season, that special time of year when millions of Americans tune in to the Hallmark Channel and throw away their remote until January.

Lots of folks know Lacey Chabert, from “Party of Five,” or “Mean Girls,” where she tried to make “fetch” a thing. But these days, with 55 movies for the network under her belt, she’s more known as “The Queen of the Hallmark Movie.”

“I love Christmas, I really do,” she told Burbank. “Since I was a little girl, I lived for Christmas. I love that I get to live in Christmas Land in July when we’re usually filming these movies, and even though we’re wearing seven coats and it’s 108 degrees outside and you’re about to faint because you’re sweating so badly.”

Hallmark shoots the films during the summer, so they can be ready in time for the holidays, when the company says its channel is the #1 most-watched entertainment cable network in primetime, among all women over the age of 18.

“I feel like I’m a part of something that is spreading joy,” said Chabert. “And you know what? You even feel that on set. There is something about when people come to work for Hallmark; you’re making a sweet story, especially with Christmas.”

Watch a trailer for “Haul Out the Holly”:

And it’s a winning strategy for Hallmark, which made 31 holiday films this year alone. How do they do it? By shooting a whole film sometimes in just 15 days, and using much of the same cast for the different projects.

“It’s true, we all support each other’s movies,” Chabert said. “We’re rooting for each other.”

“It’s a perfect way of saying it. More cookies, and a little more glitter!”

And also, a particular kind of wholesome acting that Burbank wanted to try his hand at. When asked what kind of acting Hallmark looks for, Chabert said, “There always has to be truthfulness, being as authentic as possible, looking for comedy, trying to be a good scene partner.”

Burbank tried reading a scene with Chabert, and maybe because of that, Hallmark opted to hire Wes Brown to play the role of Jared in “Haul Out the Holly.” Brown, referred to by fans as one of the “Hunks of Hallmark,” said, “I love being a part of this group so much, and there’s so many of those other hunks you’re talking about that are good friends of mine and good people. So, to be in that family, I’m a very blessed man.”

Speaking of fans of the films, Burbank wanted to talk with one, to find out what the appeal is. Luckily, he knew one very well: His sister, Hannah, and niece, Madi. He met them at their house to get cozy, and get some answers.

“It’s the girl-next-door, the boy-next-door, it’s ‘I haven’t seen you for 15 years’ sort of thing,” Hannah said. “I don’t know, there’s just something very romantic about that.”

Burbank said, “In every one of these films, there’s always a Christmas cookie situation.”

“That’s a feeling of, like, what Christmas is supposed to be,” Hannah said. “You’re supposed to be relaxed and enjoying the snow and the music and the movies and lights, and eating Christmas cookies. That’s a part of the whole thing, what you should be doing to relax at Christmas time.”

Lisa Hamilton Daily, executive VP of programming at Hallmark, said, “We’re trying to do more character-driven stories. I think sometimes these things, anything situation-driven which is outside forces working on the characters, from a creative perspective we’re trying to really reflect the reality and the lived experience of different kinds of people.”

For instance, this year Hallmark featured its first two gay lead characters, in “The Holiday Sitter.”

Watch a trailer for “The Holiday Sitter”:

But Hallmark films CEO Wonya Lucas said it’s also people of color that need more representation on the network, which has traditionally been very White: “I think what’s important is that we understand that based on race or based on gender or based on ethnicity, people are not a monolith, right? People are different and they’re multilayered. And that’s what we’re trying to bring to life.”

One of the people bringing those characters to life is Holly Robinson Peete, the star of “Holiday Heritage.” “I literally lobbied to be part of this network,” she told Burbank. “And I’ve always loved Christmas. My name is Holly, come on! And this movie that we’re doing now is about Kwanzaa, it’s the very first Hallmark Channel Kwanzaa movie. And, boy, did they get the right person to be in it because I raised my kids on Kwanzaa.”

Watch a trailer for “Holiday Heritage”:

Sadly, Burbank didn’t quite have it to become a Hunk of Hallmark. Maybe it was the lack of immaculate hair? “It’s a prerequisite,” said Wes Brown. “Or they make you, you know, do something about it.”

But that’s all right. The Channel’s got plenty of actors, and fake snow, and let’s be honest, extremely earnest plotlines to keep its fans watching for many holidays to come.