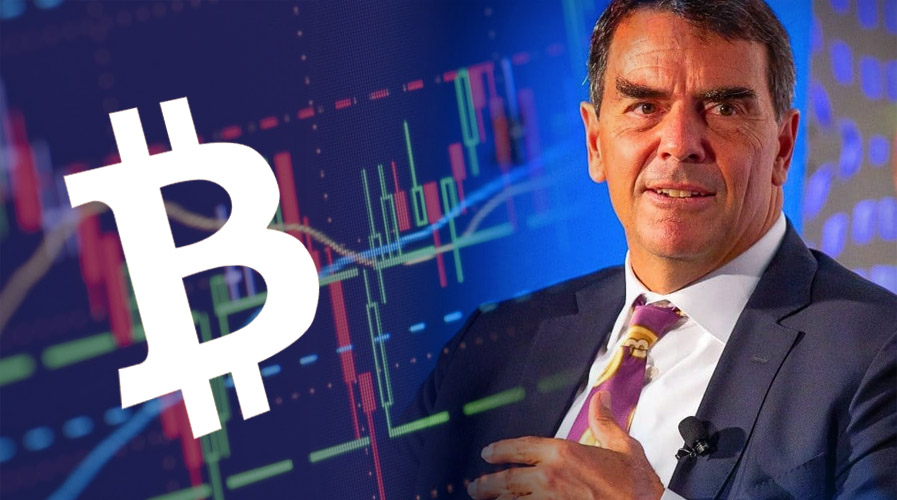 
Venture capitalist Tim Draper continues to show staunch support for bitcoin even during this time. Draper who has been an evangelist for bitcoin has said multiple times that he expects the digital asset to hit six figures, and once again, he has taken an opportunity to double down on his predictions.

In an interview with Bloomberg, Tim Draper said that he expects the price of bitcoin to actually reach $250,000. His reasoning behind this was that bitcoin has not really trickled down into retail shopping just yet. According to Draper, he believes that when this happens, bitcoin will see the $250,000 price mark, and possibly even higher.

Warning a tie sporting the bitcoin symbol, Draper points to the fact that women control 80% of all retail spending, and that it will be this demographic that drives this adoption. He explains that the participation of women in the space was already on the rise with 1 in 6 BTC wallets being owned by women. Then when women start using BTC payments for their retail spendings such as food, shelter, and clothing, and retailers start moving towards bitcoin to capture more profit, Draper expects the price of bitcoin to move quickly to $250,000.

This is not the first time that Draper would be giving a $250,000 BTC prediction. Although he did not give a timeline this time around, he had previously said that he expects the digital asset to hit this price in mid-2023. In the same interview, Draper also said that he holds most of his wealth in crypto.

A good argument for the future of bitcoin and the possibility of seeing six-figure prices is the fact that the cryptocurrency is still relatively young. It only took 12 years for the price to reach $69,000 and has roughly tripled in price every few years.

For now, bitcoin is struggling to mark a bottom through the present bear market. Until a bottom is established, there is no runway for the market to start another bull rally. The bankruptcies of multiple large players have also not helped the digital asset in this regard either.