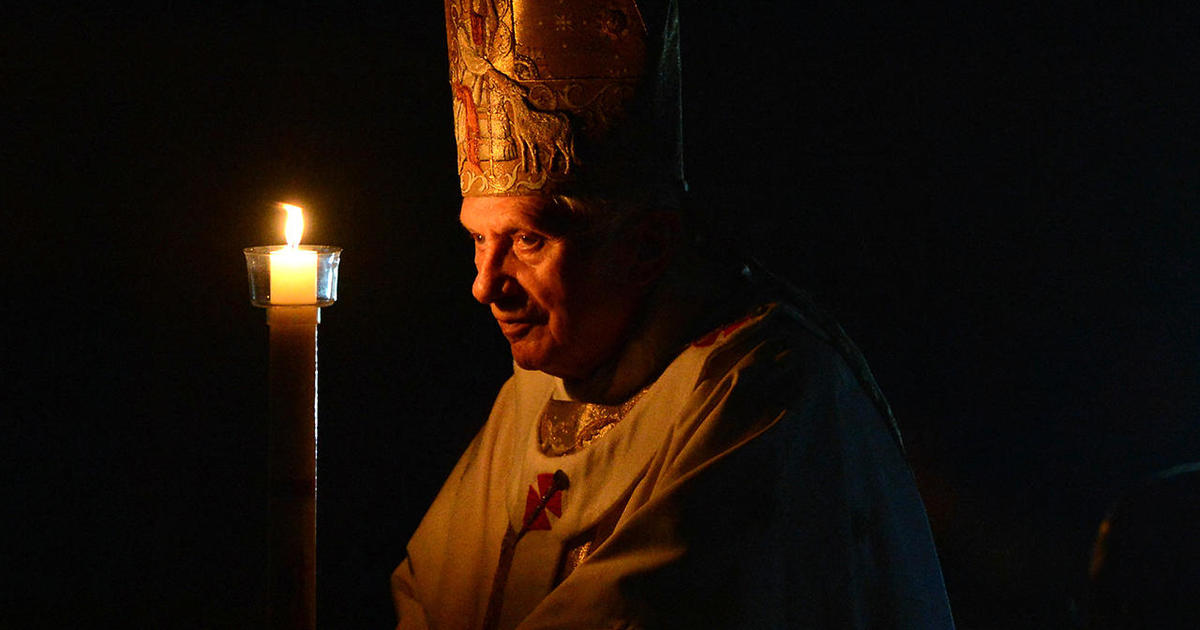 
Thousands filed past the body of Benedict XVI on Monday as the pope emeritus, who died Saturday at age 95, lay in state at St. Peter’s Basilica in the Vatican.

He will be buried by his successor, Pope Francis, on Thursday.

Benedict’s body, draped in red and gold vestments, is flanked by two Swiss guards, and surrounded by the faithful paying their respects, amid solemn organ music and singing. It’s the kind of setting you’d expect for a papacy marked by his orthodoxy, albeit not without his contradictions.

He was known as a traditionalist — “God’s rottweiler” — for fiercely adhering to church doctrine. But Benedict’s papacy was a papacy of firsts.

Despite his failures, during a 2008 trip to the U.S., he was the first pope to meet with victims of sex abuse and to publicly apologize, condemning what he called “filth” in the church.

And in his most defining act, Benedict was the first pope to resign in six centuries, recognizing, he said, his “incapacity to fulfill” his ministry due to the strain of old age.

While he made a majestic farewell over the Eternal City in his exit from the papacy in 2013, he never exited the Vatican. While Francis championed Benedict’s bravery to abdicate his power, having two men wearing white created the impression of two competing ideological camps: Francis the more liberal, Benedict the arch-conservative.

Tina White, visiting the Vatican from Detroit, said it was a mistake for Benedict to step down: “It’s an amazing honor to be elected pope. And you shouldn’t throw that away.”

But now, for the first time since he became pope nearly 10 years ago, Francis is finally the only one, now mourning his only confidant who could possibly understand what it meant to be pope, said Gerard O’Connell, Vatican expert for the Jesuit magazine America.

CBS News asked O’Connell, “What does Francis lose with the death of Benedict?”

On Thursday it will be Francis making history, becoming the first pope in modern times to preside over the funeral of his predecessor.

The Vatican says the ceremony will be sober and simple — exactly as Benedict wanted.

Chris Livesay is a CBS News foreign correspondent based in Rome.