The war in Ukraine: Convincing Putin he holds a losing hand 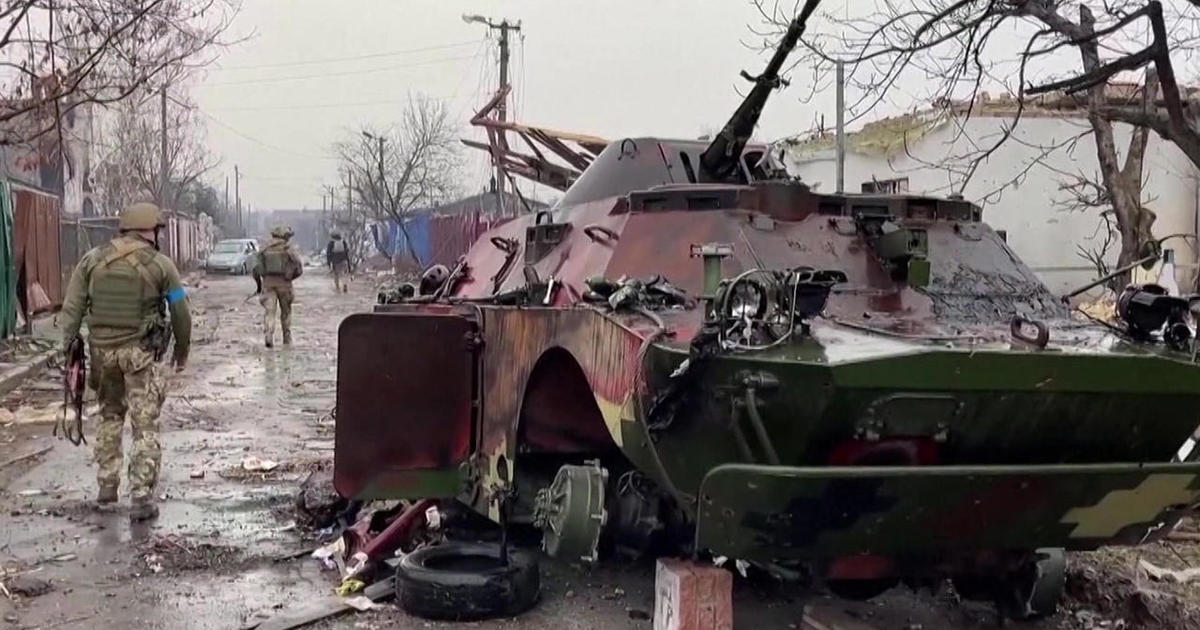 
After 10 months of intense combat and a staggering expenditure of ammunition, the war in Ukraine heads into a cold and dark New Year. For Ukraine and its president, Volodymyr Zelenskyy, it is a fight for survival; for Russia and Vladimir Putin, it’s a military debacle.

“He understands that this has been a mess,” said military scholar Fred Kagan. “I don’t think he’s accepted that he is defeated, because the essence of being Putin is never accepting that you’ve been defeated.”

Kagan’s Institute for the Study of War produces daily maps showing how much ground Russia has been forced to give up since its invasion stalled.

Putin is trying to make up for it by unleashing drone and missile strikes against Ukraine’s cities.

Kagan said, “Putin is looking for ways to break Ukraine’s will to continue the fight, and most importantly, I think, he’s focused on trying to break Western support for Ukraine.”

Martin asked, “Which does he have a better chance of breaking?”

“The will of the Western democracies. I think he has very little chance of breaking the will of the Ukrainians in any short period of time.”

On December 21 the Biden administration put on a Christmas pageant of support for Zelenskyy during a whirlwind visit to the nation’s capital. The embodiment of his country’s fighting spirit, Zelenskyy thanked the U.S. for the $22 billion in weapons it has already committed, and made clear he will be asking for more. “We have artillery, yes. Thank you,” he told the U.S. Congress. “Is it enough? Honestly, not really.”

Ukraine is heading into the dead of winter under a continuing barrage of Russian drone and missile strikes.

President Biden said, “Destroying the system to provide heat and light to the Ukrainian people during the coldest, darkest part of the year, Russia is using winter as a weapon.”

“How much longer do you expect this war to go on?” asked Martin.

“It can go on for years; that’s unlikely, but possible,” Kagan replied.

How long is likely to be determined by how much more territory Zelenskyy retakes – and Putin loses.

“The art here is helping Putin understand that he’s lost this round, and it’s time to fold this hand,” Kagan said. “We have to persuade him that this approach, this military approach, is done, and he cannot other than continue to lose here. He’s not there yet, and we need to help the Ukrainians get him there as quickly as possible.”