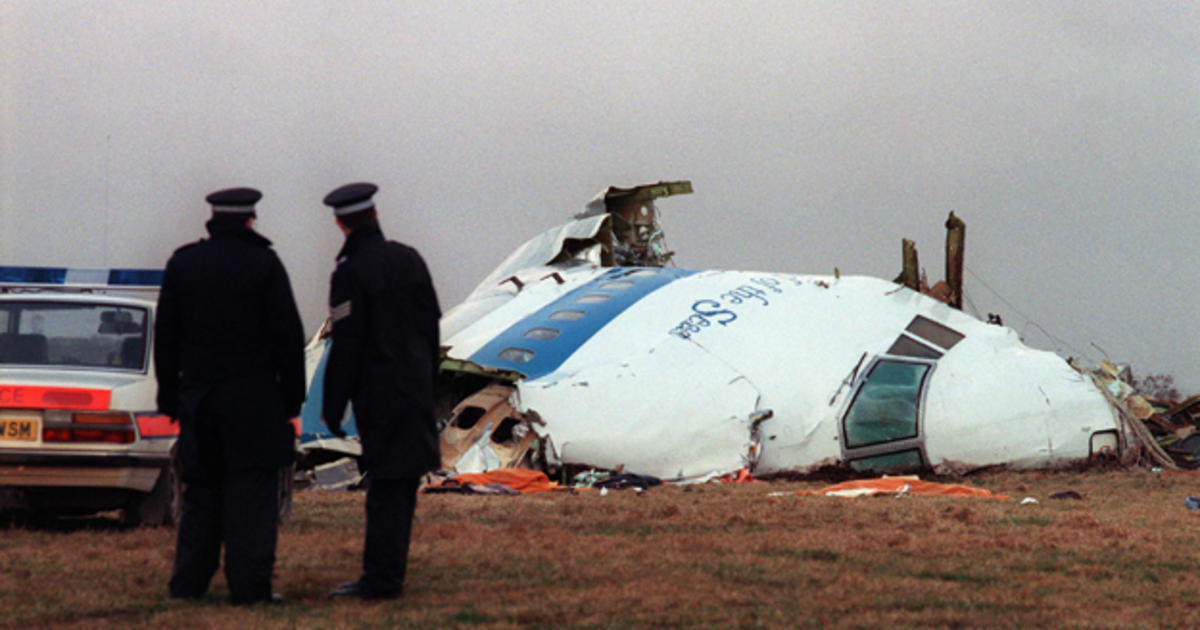 
Washington — Authorities in Scotland and the U.S. said Sunday that the Libyan man suspected of making the bomb that destroyed a passenger plane over Lockerbie, Scotland, in 1988 is now in U.S. custody.

A Justice Department spokesman confirmed the U.S. had taken custody of Abu Agila Mohammad Masud and “he is expected to make his initial appearance in the U.S. District Court for the District of Columbia.”

Scotland’s Crown Office and Procurator Fiscal Service said in a statement: “The families of those killed in the Lockerbie bombing have been told that the suspect Abu Agela Mas’ud Kheir Al-Marimi is in U.S. custody.”

Pan Am flight 103, traveling from London to New York, exploded over Lockerbie on Dec. 21, 1988, killing all 259 people aboard the plane and another 11 on the ground. It remains the deadliest terror attack on British soil.

Kara Weipz, president and spokesperson of the group Victims of Pan Am Flight 103 whose brother was killed in the bombing, said Masud’s arrest was “an amazing feat for the families, and finally justice for our loved ones who were innocent.”

“To have one of the people responsible for the murder of our loved ones stand trial in the U.S. is one of the most important things to the families and to all of us,” Weipz said. “The amount of people involved — we kept it on the forefront of six administrations.”

In 2001, Abdelbaset al-Megrahi was convicted of bombing the flight. He was the only person convicted over the attack. He lost one appeal and abandoned another before being freed in 2009 on compassionate grounds because he was terminally ill with cancer. He died in Libya in 2012, still protesting his innocence.

“Scottish prosecutors and police, working with U.K. government and U.S. colleagues, will continue to pursue this investigation, with the sole aim of bringing those who acted along with al-Megrahi to justice,” the Crown Office added.

Masud had previously received a 10-year sentence in Libya for crafting a bomb used in a separate attack. The U.S. announced charges against him in 2020 on the 32nd anniversary of the Lockerbie attack and sought his extradition. The criminal complaint was largely based on a confession Masud made to Libyan authorities in 2012, as well as his travel records, which allegedly tied him to the crime.

“At long last, this man responsible for killing Americans and many others will be subject to justice for his crimes,” William Barr, the attorney general at the time, said at a news conference.

A breakthrough in the investigation came when U.S. officials in 2017 received a copy of an interview that Masud, a longtime explosives expert for Libya’s intelligence service, had given to Libyan law enforcement in 2012 after being taken into custody following the collapse of the regime of the country’s leader, Col. Moammar Gadhafi.

In that interview, U.S. officials said, Masud admitted building the bomb in the Pan Am attack and working with two other conspirators to carry it out. He also said the operation was ordered by Libyan intelligence and that Gadhafi thanked him and other members of the team after the attack, according to an FBI affidavit filed in the case.

While Masud is now the third Libyan intelligence official charged in the U.S. in connection with the Lockerbie bombing, he would be the first to stand trial in an American courtroom.

U.S. officials did not say how Masud came to be taken into U.S. custody, but in late November, local Libyan media reported that Masud had been kidnapped by armed men on Nov. 16 from his residence in Tripoli, the capital. That reporting cited a family statement that accused Tripoli authorities of being silent on the abduction.

In November 2021, Najla Mangoush, the foreign minister for the country’s Tripoli-based government, told the BBC in an interview that “we, as a government, are very open in terms of collaboration in this matter,” when asked whether an extradition was possible.

Torn by civil war since 2011, Libya is divided between rival governments in the east and west, each backed by international patrons and numerous armed militias on the ground. Militia groups have amassed great wealth and power from kidnappings and their involvement in Libya’s lucrative human trafficking trade.