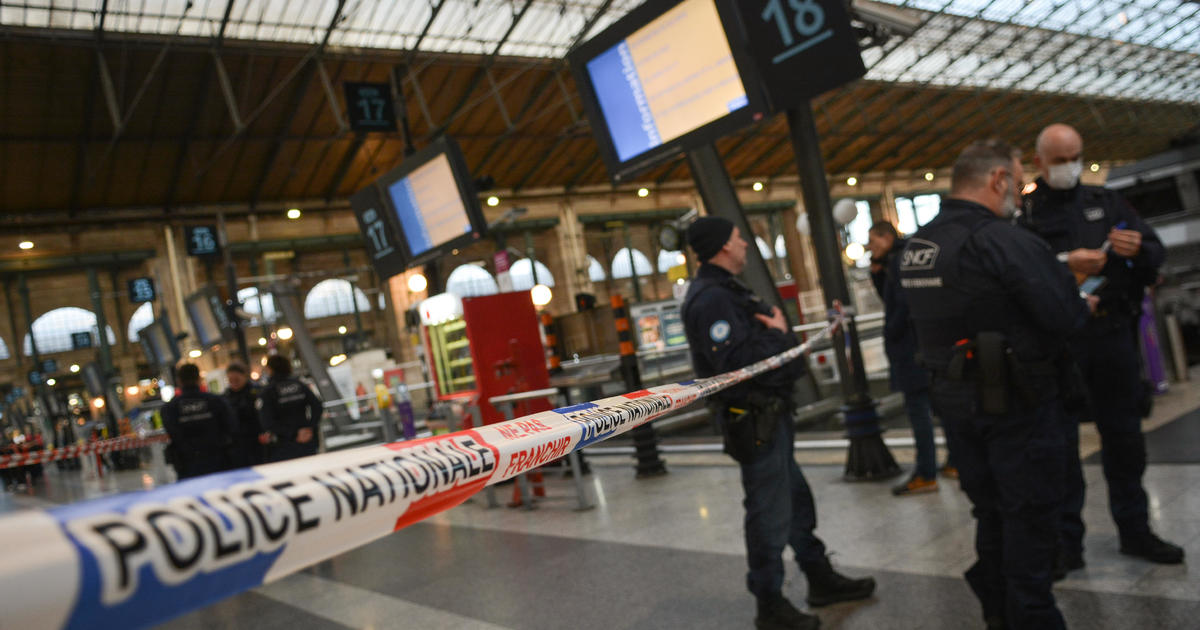 Paris — A knife attacker wounded six people in an unprovoked attack in Paris’ busy Gare du Nord train station Wednesday morning before being shot by police, the French interior minister said, praising the swift intervention of police that he said had helped prevent fatalities. The knifeman attacked several people, including a police officer, with a “bladed weapon” during the morning rush hour at around 6:43 a.m., Gerald Darmanin, the interior minister, told reporters at the scene, flanked by Paris Mayor Anne Hidalgo.

Darmanin said the unnamed assailant was currently “between life and death” in a hospital. French media reported that he was shot in the chest.

Darmanin thanked the police “for their effective and courageous reaction.”

“Without the extremely rapid intervention, there would surely be deaths,” he said, detailing how the knifeman was neutralized within one minute of attacking his first victim.

“At 6:42, the first acts were described. At 6:43, the police used their administrative weapon after his passage of violence,” he said.

Several passengers and a border police officer were among the wounded, according to officials. The officer was stabbed in the back by the assailant, but was saved by a bulletproof vest, Darmanin said. Five of the victims sustained light injuries, while one was seriously injured in the shoulder blade and taken for emergency treatment, according to French media.

Video of the Gare du Nord, one of the French capital’s busiest commuter stations, showed an eerie calms as dozens of police huddled nearby the Eurostar terminal entrance in areas cordoned off from the public.

No specific motive, including terrorism, has currently been suggested by authorities. France remains jittery following a spate of deadly attacks since 2015.

The commotion also caused serious disruptions to train services at the station – Europe’s busiest rail artery with services to Belgium, Britain and Italy – in the early morning rush hour, according to the national railway company SNCF.