Scared of a shark attack? Here’s what experts want you to know. 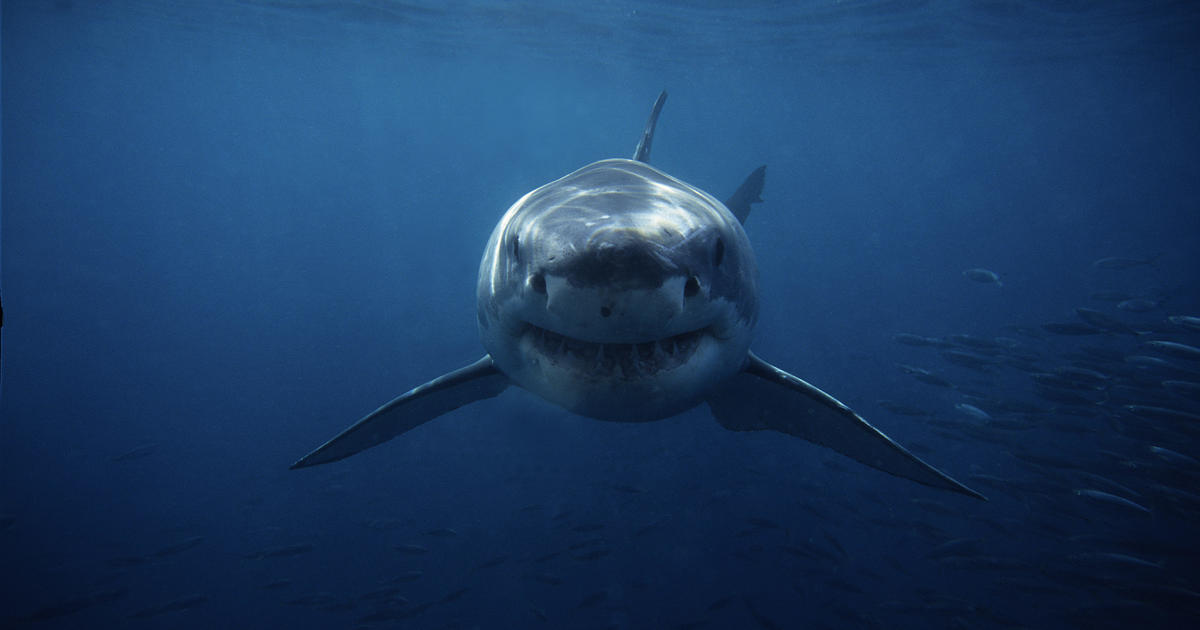 
There seems to be a new story of a shark attack every month, a frequency that paints a picture of menacing creatures beneath the sea hunting for humans. But experts say that’s simply not the case: Shark attacks are actually a minuscule problem worldwide.

The Florida Museum of Natural History’s International Shark Attack Files investigated 137 alleged shark-human interactions in 2021. Of those, just 73 across the entire world were deemed unprovoked shark bites, most of which occurred in the U.S., while 39 of the incidents were considered provoked, meaning that the human purposefully interacted with the shark in some way.

“If you put that into perspective as to how many people are in the water, how many sharks are in the water … you really realize how unlikely it is that you’re going to get bitten by a shark,” he told CBS News. “… It’s just a numbers game. And the fact is, the relative probability is extremely low.”

Compared to the frequency of other kinds of injuries and animal bites, Kayleigh Grant, founder of Kaimana Ocean Safari in Hawaii, told CBS News that people “really shouldn’t be scared of sharks.” A commonly cited 1979 study found 892 human bites reported in New York City in 1977 – 63 times more than worldwide shark bites that same year. Even today, the Cleveland Clinic says that about 250,000 human bites are reported nationwide each year, nearly 3,500 times more than shark bites.

“You are more likely to be bitten by a New Yorker than a shark. That is a true statistic,” Grant said. “So we should truly be more scared of our own kind than the beautiful sharks in the ocean.”

Why do sharks attack?

Incidents in which a shark bites a human are commonly thought to be a general behavior of all sharks, Papastamatiou said, but in reality, it could happen for a range of reasons – most of which do not include eating. Even if a shark is searching for food, a bite at a human is often a case of mistaken identity or curiosity.

“Obviously, even an investigative nibble from a white shark could be fatal just due to the size of these animals, but even with white sharks, the mortality rate is not very high amongst victims,” Papastamatiou said. “…It is extremely rare for someone to be completely consumed by a large shark.”

Grant told CBS News that shark attack stories are tragic, but people must understand the ocean is sharks’ home and the animals are avoiding humans more often than not.

“Anytime we enter it, we should sort of anticipate that there is a possibility we could encounter a shark,” she said. “Most of the time – 99.9% of the time – sharks are just swimming by people. They are not looking at a person saying, ‘That is my food.’ Unfortunately, they don’t get the credit that they deserve every time they just correctly identify what we are and continue swimming along.”

How can you prevent an attack?

Even with shark attacks being a relatively low occurrence, they are always a possibility, experts say. But there are some preemptive measures beach-goers can take to lessen the risk.

First and foremost, people should check their surroundings. If the water is murky, it can make it more difficult for both you and the shark to correctly identify each other, and if there was recently a big storm that resulted in a lot of debris or caused animals to die, it could also attract more sharks to the area. The swimming spot itself should also be considered – stay away from areas where people are fishing.

Secondly, Grant said it’s important for people to “look alive” as they play, swim or surf in the ocean. You should also look “purposeful” in your movements, particularly if you’re swimming, and it’s beneficial to wear a mask or goggles so you can better survey the area around you.

“Not so much that you’re splashing or flailing or look panicky, but just kind of keep yourself moving a bit,” Grant said. “You will look like just that much harder of a target, that much more of a harder prey to catch.”

If you do see a shark, the most important thing to do is “keep your eye” on it, Papastamatiou said.

“Don’t turn your back on it, even if you’ve decided it’s time to get out of the water,” he said. “…The golden rule is make that animal aware that you know it’s there.”

If you’re diving, it’s also beneficial to maintain eye contact with the shark, Grant added. And if you have fins or a surfboard or something of the like, place it in between you and the animal.

“Just giving them that eye contact is the best way for you to look like an equal apex predator to a shark,” she said. ” They are actually really intimidated by eye contact.”

When people think of sharks, they often think of the 1975 film “Jaws,” an award-winning movie about a seaside town seemingly hunted by a great white. That movie is said to be responsible for igniting fear among the masses, which, coupled with headlines of shark attacks, has vilified the sea creature that is critical in maintaining balance in marine ecosystems.

But the truth is, humans pose a much greater risk to them than vice versa.

“I just want people to understand that sharks are not out to get us. They are not like what has been portrayed in ‘Jaws,'” Grant said. Even “Jaws” director Steven Spielberg himself told the BBC that he “truly regrets” how his movie influenced people to fear sharks.

Sharks are also notoriously hunted for their fins, a part of their bodies that is often used in specialty cuisines but is commonly obtained by slicing off a shark’s fin and leaving its body to sink to the bottom of the ocean. A 2013 study found that humans kill an estimated 100 million sharks every year – an amount that far surpasses the number of shark bites every year – although the specific reasons for those killings aren’t specified.

“Sharks are really, really misunderstood,” Grant said. “…They’re not the enemy. They’re something that we should be working with to help keep the ecosystem healthy and in balance.”