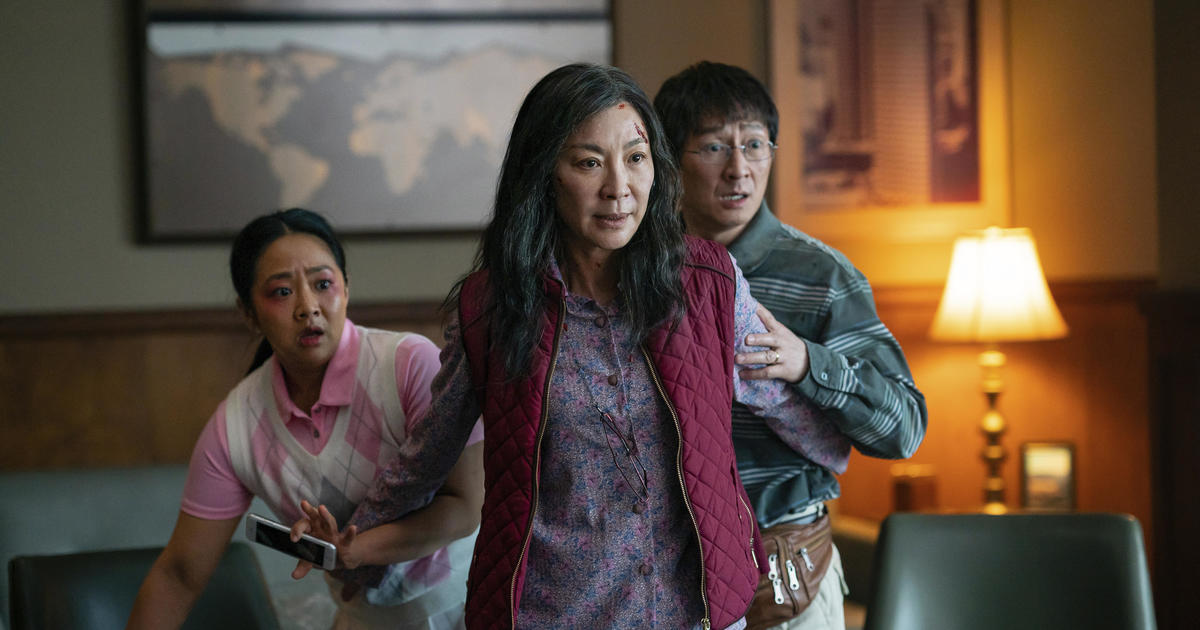 
The sci-fi sensation “Everything Everywhere All at Once” and Irish tragicomedy “The Banshees of Inisherin” dominated the nominations for the 2023 Screen Actors Guild Awards, which were revealed Wednesday morning, introducing several surprising players ahead of the upcoming Oscars race. Nominees were announced by Ashley Park and Haley Lu Richardson, respectively known for “Emily in Paris” and “The White Lotus,” on Instagram Live.

With five nods each, Daniel Kwan and Daniel Scheinert’s “Everything Everywhere All at Once” — which won two of the six awards for which it was nominated at Tuesday’s Golden Globe Awards — and Martin McDonagh’s “The Banshees of Inisherin” — which earned eight Golden Globe nominations and took home three, including the coveted prize for best musical or comedy — both tied a SAG record for the most nominations given to one title in a single year. The record was originally set by “Shakespeare in Love” in 1998, and then tied by “Chicago” and “Doubt” in 2002 and 2008.

“Everything Everywhere All at Once” and “The Banshees of Inisherin” individually earned four acting nominations, and both will also compete in the award show’s top category for best ensemble. Joining those films in this year’s best ensemble race are “Babylon,” “The Fabelmans” and “Women Talking.”

SAG Awards contenders are voted on by the Hollywood actors’ guild SAG-AFTRA, the members of which make up the largest portion of the motion picture academy that votes on the Oscars. Unlike the Golden Globes, which are historically unpredictable and set apart from other award shows, SAG Awards nominations and winners are considered reliable indicators of how the Academy Awards could shake out.

Seldom does a movie or performance not nominated by the screen actors end up winning at the Academy Awards. Last year, all of the top SAG winners — the cast of “CODA,” Will Smith, Jessica Chastain, Troy Kotsur and Ariana DeBose — repeated their wins at the Oscars.

That means the road ahead for either of the year’s top box-office hits — “Top Gun: Maverick” and “Avatar: The Way of Water” — just got a lot harder. After striking out with the actors guild, neither is likely to win best picture. Each film picked up a nod from SAG for its stunt ensemble.

Coming off their wins at the Golden Globes on Tuesday night, “The Banshees of Inisherin” and “Everything Everywhere All at Once” increasingly look like this year’s frontrunners at the SAG Awards, along with Steven Spielberg’s “The Fabelmans.”

The directors of those three films all landed additional nominations from the Directors Guild Awards on Wednesday, along with Todd Field for “Tár” and Joseph Kosinski for “Top Gun: Maverick.” A DGA nod usually corresponds with an Oscar directing nomination. It also suggests those five films are safely in as best-picture nominees. Since the best-picture category expanded in 2009, only one DGA-nominated film hasn’t also landed a best-picture nod.

After back-to-back DGA wins for Chloe Zhao, for “Nomadland,” and Jane Campion, for “The Power of the Dog,” no female filmmakers were nominated. And, in a surprise, James Cameron, who directed “Avatar: The Way of Water,” was not nominated either.

Up for best performance by a female actor in a leading role are: Cate Blanchett (“Tár”), Viola Davis (“The Woman King”), Ana de Armas (“Blonde”), Danielle Deadwyler (“Till”) and Michelle Yeoh (“Everything Everywhere All at Once”).

In a crowded field, notably overlooked was Michelle Williams, who’s been lauded for her performance in “The Fabelmans.” Williams, a four-time nominee, has never won an Oscar. Instead, the fifth spot may have gone to de Armas, who had fallen off most lists after the Marilyn Monroe drama was poorly received.

Nominated for best performance by a male actor in a leading role are: Austin Butler (“Elvis”), Colin Farrell (“The Banshees of Inisherin”), Brendan Fraser (“The Whale”), Bill Nighy (“Living”) and Adam Sandler (“Hustle”).

Sandler’s nomination for the Netflix basketball drama “Hustle” was less expected — though he gave one of the season’s best speeches as a tribute honoree at the Gotham Awards in November. Tom Cruise was shut out.

“I’ve loved performing ever since I was a child and that hasn’t changed,” Quan, the former “Indiana Jones and the Temple of Doom” child star, said in a statement Wednesday, the morning after he won best supporting actor at the Globes. “I feel lucky just to still be here doing this.”

On the TV side, nominated for best ensemble in a drama series are: “Better Call Saul,” “The Crown,” “Ozark,” “Severance” and “The White Lotus.” Up for best comedy series ensemble are the casts of “Abbott Elementary,” “Barry,” “The Bear,” “Hacks” and “Only Murders in the Building.” Julia Garner came away a double nominee, for “Ozark” and “Inventing Anna.” Zendaya scored her first SAG nomination for her leading performance in “Euphoria.”

After losing their longtime broadcast home on TNT and TBS, the SAG Awards on Wednesday announced a new multiyear partnership with Netflix to stream the ceremony. This year’s show, to take place Feb. 26, will livestream on Netflix’s YouTube page. Next year’s SAG Awards will be streamed directly on Netflix.