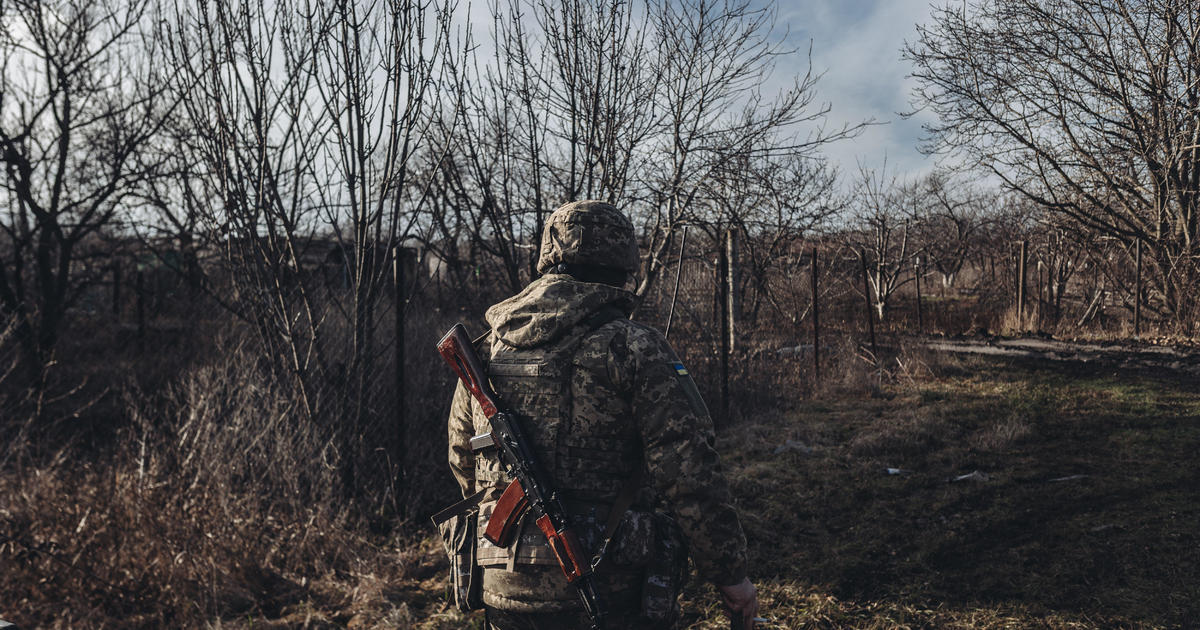 
The impact of Russian President Vladimir Putin ordering his forces in Ukraine to observe a unilateral, 36-hour cease-fire was in doubt Friday after officials in Kyiv dismissed the move as a “trick” and “hypocrisy,” but didn’t clarify whether Ukrainian troops would follow suit. Journalists from the French news agency AFP in the front-line city of Bakhmut said they heard both outgoing and incoming fire after the cease-fire was supposed to have begun.

Moscow hadn’t made clear whether it would hit back if Ukraine kept fighting, which the Russian military accused Ukrainian forces of doing. Ukrainian troops “continued shelling settlements and positions of Russian troops, despite the cease-fire announced by the Russian Federation,” a Ministry of Defense official said Friday during a daily briefing.

The Russian-declared unilateral truce in the nearly 11-month war would have begun at noon local time on Friday, and the Kremlin said it would continue through midnight Saturday.

Air raid sirens sounded in Kyiv about 40 minutes after the Russian cease-fire was to come into effect, but no explosions were heard. A widely-used Alerts in Ukraine app, which includes information from emergency services, showed sirens blaring across the country.

Putin’s announcement Thursday that the Kremlin’s troops would stop fighting along the 684-mile front line and elsewhere was unexpected. It came after the Russian Orthodox Church head, Patriarch Kirill, proposed a cease-fire for this weekend’s Orthodox Christmas holiday. The Orthodox Church, which uses the Julian calendar, celebrates Christmas on January 7.

But Ukrainian and Western officials suspected an ulterior motive in Putin’s apparent goodwill gesture. They portrayed the announcement as an attempt by Putin to grab the moral high ground while possibly seeking to snatch the battlefield initiative and rob the Ukrainians of momentum amid their counteroffensive of recent months.

Ukrainian President Volodymyr Zelenskyy questioned the Kremlin’s intentions, accusing the Kremlin of planning the fighting pause “to continue the war with renewed vigor.”

“Now they want to use Christmas as a cover to stop the advance of our guys in the (eastern) Donbas (region) for a while and bring equipment, ammunition and mobilized people closer to our positions,” Zelenskyy said late Thursday.

He didn’t, however, state outright that Kyiv would ignore Putin’s request.

U.S. President Joe Biden echoed Zelenskyy’s wariness, saying it was “interesting” that Putin was ready to bomb hospitals, nurseries and churches on Christmas and New Year’s.

“I think (Putin) is trying to find some oxygen,” Mr. Biden said, without elaborating.

U.S. State Department spokesman Ned Price said Washington had “little faith in the intentions behind this announcement,” adding that Kremlin officials “have given us no reason to take anything that they offer at face value.”

The truce order seems to be a ploy “to rest, refit, regroup, and ultimately reattack,” he said.

The Institute for the Study of War agreed that the truce could be a ruse allowing Russia to regroup.

“Such a pause would disproportionately benefit Russian troops and begin to deprive Ukraine of the initiative,” the think tank said late Thursday. “Putin cannot reasonably expect Ukraine to meet the terms of this suddenly declared cease-fire, and may have called for the cease-fire to frame Ukraine as unaccommodating and unwilling to take the necessary steps toward negotiations.”

Washington says it’s prepared to keep backing Ukraine’s war effort. On Friday, the U.S. was due to announce nearly $3 billion in military aid for Ukraine – a major new package that was expected for the first time to include several dozen Bradley fighting vehicles.

Germany also plans to send armored personnel carriers by the end of March.

The ill-feeling between the warring sides showed no signs of abating, despite the backdrop of Christmas.

Former Russian President Dmitry Medvedev, the deputy head of Russia’s Security Council, said those who rejected Putin’s proposal for a Christmas truce were “clowns” and “pigs.”

“The hand of Christian mercy was extended to the Ukrainians,” he said in a Telegram post. “But pigs have no faith and no innate sense of gratitude.”

Some civilians on the streets of Kyiv said they spoke from bitter experience in doubting Russia’s motives.

“Everybody is preparing (for an attack), because everybody remembers what happened on the new year when there were around 40 Shahed (Iranian drones),” local resident Vasyl Kuzmenko said. “But everything is possible.”

At the Vatican, Pope Francis said he was sending wishes from his heart “to the Eastern churches, both the Catholic and the Orthodox ones, that tomorrow will celebrate the birth of the Lord.”

Speaking on Friday to thousands of faithful gathered in St. Peter’s Square for the church Epiphany feast day, Francis said, “In a special way, I would like my wish to reach the brothers and sisters of martyred Ukraine. May the birth of the Savior infuse comfort, infuse hope and inspire concrete steps that can finally bring an end to the fighting and inspire peace.”

The deputy head of Ukraine’s presidential office Kyrylo Tymoshenko reported Friday that nine civilians were killed and a further 11 wounded in Russian attacks on Thursday.

Citing data from regional officials, Tymoshenko stated that one civilian died and three were wounded in the country’s eastern Donetsk province, where Russia has launched a grinding offensive, while one was wounded in the neighboring northeastern Kharkiv province.

Six dead and four wounded were reported following attacks in the southern Kherson province, together with two dead and three wounded in the southeastern Zaporizhzhia province.