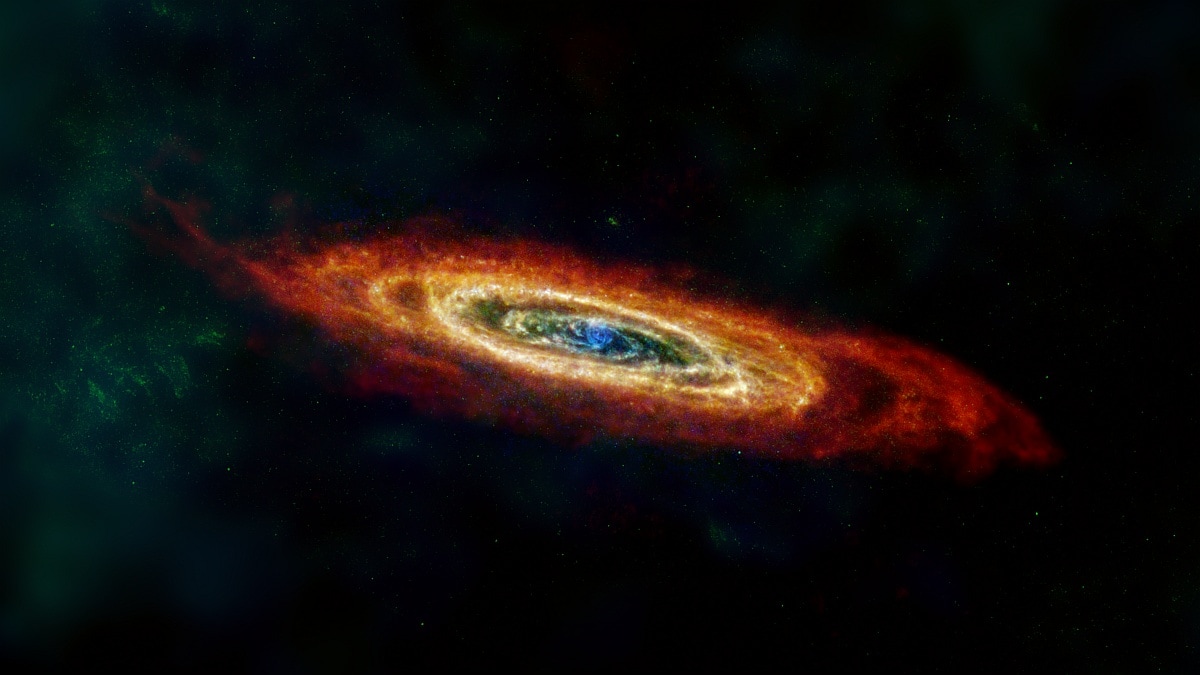 
Scientists have created striking images using retired telescopes that feature intricate details on cosmic dust and clouds, which fill the space between stars, planets, and other celestial bodies. In order to create images of the cosmic dust and clouds, researchers have relied on data from various retired missions to capture the images of the Andromeda galaxy (M31), Triangulum galaxy (M33), and Magellanic clouds.

The images, released by NASA, were taken using the European Space Agency (ESA) Herschel Space Observatory, which operated from 2009 to 2013. The thermal glow of the cosmic dust was detected using the super-cold instruments of Herschel.

The images of cosmic dust offered a high-resolution view of fine details in the dust clouds and showed some intricate structures. However, the Herschel observatory was designed in such a way that it fails to detect light from clouds that are more diffuse and spread out.

Due to this, it was likely that Herschel could not detect 30 percent of all light emitted by cosmic dust. To compensate for this gap, scientists made use of data from three other retired missions. These include NASA’s now-retired Cosmic Background Explorer (COBE) and Infrared Astronomical Satellite (IRAS), and ESA’s retired Planck observatory.

The images produced by combing the data featured the Andromeda galaxy (M31), Triangulum galaxy (M33), and the Large and Small Magellanic Clouds. All four of them were found to be within 3 million light-years from Earth.

A red tail is seen coming off the bottom left of the Large Magellanic Cloud and is likely to have been formed during its collision with the Small Magellanic Cloud, some 100 million years ago. Bubbles of empty space in the images indicate that new stars were formed in the region. Greenlight around these bubbles is believed to be due to the presence of cold dust whereas warmer dust is seen in blue in the image.

“These improved Herschel images show us that the dust ‘ecosystems’ in these galaxies are very dynamic,” said Christopher Clark, an astronomer at the Space Science Telescope Institute in Baltimore, Maryland, who led the work to create the new images.