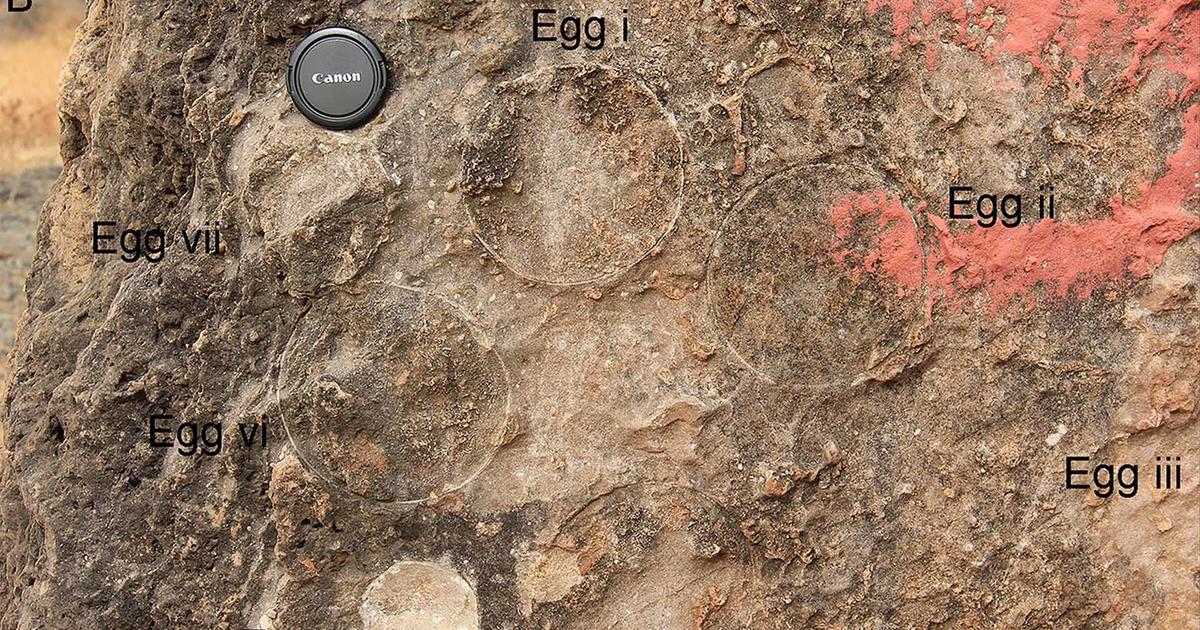 During the study, published on PLOS ONE this week, researches from the University of Delhi found the sauropod nesting sites in five villages in the Bagh-Kukshi area. Sauropods are large herbivores with long necks, such as a brontosaurus.

The researchers studied and documented the egg fossils either as clutches – eggs in a nest – or in the form of broken eggs with eggshell fragments scattered around.

Little was known about sauropod nesting patterns, but the egg fossils, which belong to titanosaurs, helped the paleontologist learn more about their habits and reproductive biology. Titanosaurs lived from Late Jurassic Epoch to the end of the Cretaceous Period, and their fossils have been found on every continent except Antarctica.

The are about 40 species of Titanosaurs. The researchers were able to identify six different oospecies – or types of dinosaur eggs – in the area, suggesting there was diversity in the types of titanosaurs in the area.

The discovery of ovum-in-ovo eggs – or eggs that have different layers besides the shell – shows that these dinosaurs had similar eggs to birds. However, their clutches were randomly placed, which suggest their nesting pattern was similar to crocodiles. The researchers believe the eggs were partially buried in a shallow pit, similar to modern crocodilians, and were incubated using and used solar radiation and geothermal heat.

“These observations indicate that the reproductive biology of sauropod dinosaur is more similar to that of archosaurs (crocodiles, birds) than to non-archosaurian reptiles,” the paleontologists write. The researchers also published a study about the eggs and nesting patterns in Scientific Reports in June.

The same nesting area was shared by different kinds of sauropods – which is similar to modern turtles and birds, which are known for colonial nesting behavior and have close spacing between clutches. Colonial nesting has been previously reported for sauropods.

Some eggs did not hatch, due to the embryo dying, possibly because of environmental factors such as floods. The eggs were laid in soft, marshy areas associated with small lakes or ponds. “The clutches close to the lake/pond margins would occasionally get submerged thus remaining unhatched,” the scientists write.

No remains pertaining to embryo, juvenile and parent dinosaurs have been found at the site. “This is perhaps because the dinosaurs did not live where they laid their eggs,” the study reads. “The eggs are lacking embryos possibly because of their deep burial and modification due to plant root activity.”