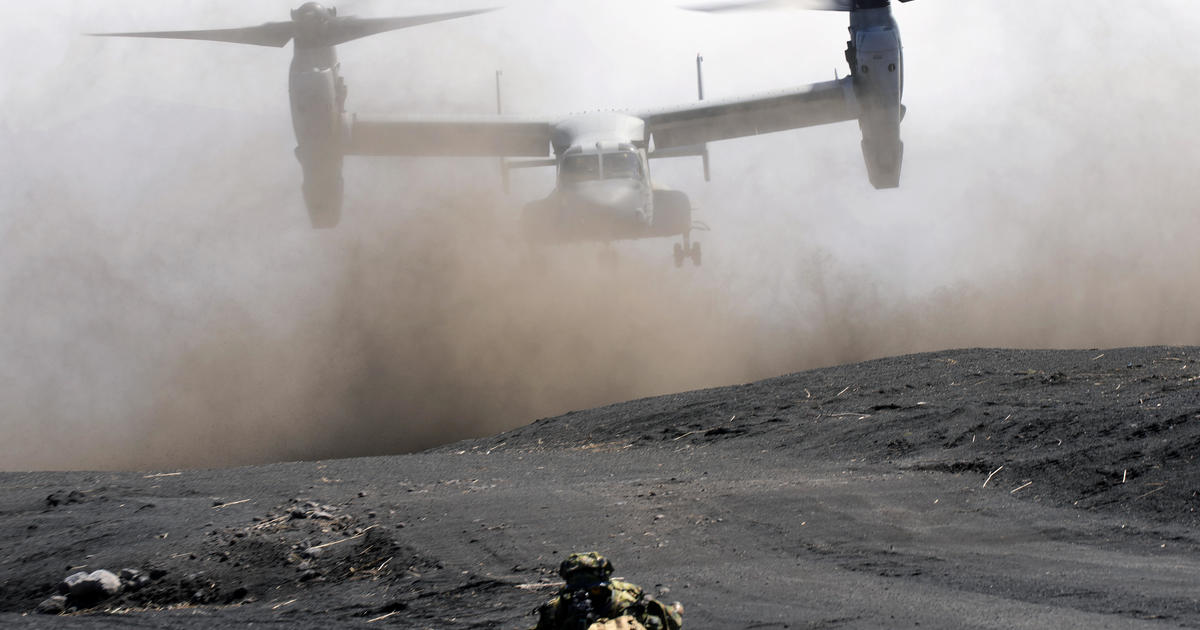 
Tokyo — Long a proudly pacifist nation, largely reliant for its security on its close alliance with the U.S., with the inherent deterrent of America’s nuclear weapons and the 50,000 U.S. troops based across the archipelago, Japan has announced its most dramatic shift in defense policy since 1945. The country is sharply boosting defense spending and will gain a preemptive counterstrike capability for the first time since the last world war.

The changes will give Japan options to hit targets in North Korea or China.

Sharing borders with Russia, China and North Korea, Japan faces “the most severe and complex security environment since the end of World War II,” Japan’s National Security Strategy now declares, after getting its first update. The policy statement, issued along with two other key defense strategy documents that lay out spending priorities for the next decade, highlights the rising risk “posed by those seeking to unilaterally change the status quo by force.”

In a news conference on Friday, Prime Minister Fumio Kishida said that while the new policy marks a major shift, the changes do not violate the war-renouncing Article 9 of the Japanese Constitution.

“Japan’s path as a peaceful nation will remain unchanged,” he said.

U.S. Secretary of Defense Lloyd Austin noted the “important alignment” between the American and Japanese defense strategies and lauded the changes in Tokyo as a reflection of “Japan’s staunch commitment to upholding the international rules-based order and a free and open Indo-Pacific.”

He said Washington and Tokyo were focused on addressing “evolving regional and global security challenges through cooperation with likeminded allies and partners,” and added that the U.S. supports “Japan’s decision to acquire new capabilities that strengthen regional deterrence, including counterstrike capabilities.”

Amid Russia’s invasion of Ukraine, an unprecedented surge of North Korean missile tests this year — one of which flew over Japan — and China’s growing assertiveness in the region, including the rising threat of a Chinese attack on Taiwan, public sentiment in Japan has started to favor a more muscular defense strategy.

The new plans call for Japan to spend $37 billion on weapons including long-range missiles to be deployed as soon as 2026, including powerful Tomahawk cruise missiles used by the U.S. Navy. Overall defense expenditures through 2027 are set to top $300 billion — nearly double current spending rates, as Japan aims to achieve the NATO standard for defense expenditure (2% of GDP), a drastic departure from its nearly 50-year-old informal ceiling of 1%.

Speaking to the Foreign Correspondents’ Club of Japan, Tobias Harris, Senior Fellow in the Asia Program at the German Marshall Fund, said the boost in Japanese defense spending is “something that the United States government has wanted for the entire existence of the (70-year-old) bilateral alliance” — a need he said had all the more urgent given the region’s shifting military balance.

Christopher Johnstone, a senior adviser at the Center for Strategic and International Studies, said Japan adopting a counterstrike capability would transform the nature of the U.S.-Japan alliance, demanding a far greater level of integration between the two militaries.

“The prospect of a Japan that can strike back in response to an attack, at long range and on its own, would represent a significant new variable for potential adversaries in Pyongyang and Beijing, and one that would help to reinforce deterrence,” Johnstone wrote in a commentary last week.