Over 60 ancient tombs discovered during construction work in Gaza 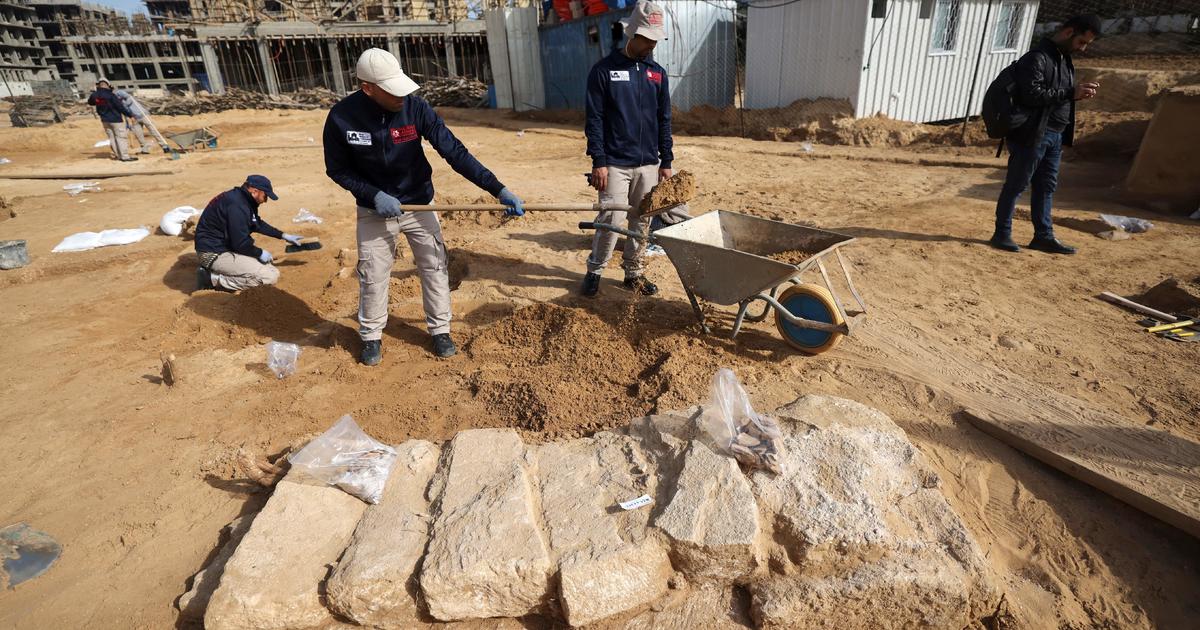 
Hamas authorities in Gaza on Sunday announced the discovery of over 60 tombs in an ancient burial site dating back to the Roman era.

A total of 63 graves have been identified and a set of bones and artifacts from one tomb was dated back to the second century, said Hiyam al-Bitar, a researcher from the Hamas-run Ministry of Antiquities and Tourism.

She said the ministry is working with a team of French experts to learn more about the site. On Sunday, workers sifted through the soil and removed piles of dirt in wheelbarrows.

Work crews have been excavating the site since it was discovered last January during preparations for an Egyptian-funded housing project. The project has been partially suspended, and a team from the local antiquities ministry visited the site to catalogue the findings and look for more, Fazl al-Atal, head of the excavation team, told AFP on Monday.

“We expect to find 75 to 80 tombs in total,” Atal added, hailing the discovery of the “first complete Roman-era cemetery found in Gaza.”

The 2,000-year-old burial site is located near the ruins of the Greek port of Anthedon, on the road leading to ancient Ascalon — now the Israeli city of Ashkelon by the Gaza border.

The antiquity ministry team has been focusing on “documentation, research and protection of the site,” Atal said. “Our aim is to ascertain… the causes of death.”

Jamal Abu Reda, in charge of antiquities at the ministry, said the site is “of great importance and believed to be an extension of the site” of ancient Anthedon.

Although the ancient cemetery is now blocked off from the public, construction on the housing project has continued and the site is surrounded by apartment buildings. Local media reported looting when the site was first discovered, with people using donkey-drawn carts to haul away items like a covered casket and inscribed bricks.

Archaeology is a highly political subject in Israel and the Palestinian territories, and some discoveries have been used to justify the territorial claims of each people.

In Gaza, both research and tourism to archaeological sites are limited due to an Israeli blockade imposed since Hamas took over the strip in 2007.

Israel and Egypt, which shares a border with Gaza, tightly restrict the flow of people in and out of the impoverished enclave, which is home to about 2.3 million Palestinians.

Researchers in the strip unveiled in September Byzantine mosaics dating from the 5th to 7th centuries, and in April a 4,500-year-old stone statuette depicting the face of an ancient goddess.

One expert said the discovery was in “immediate danger” because it is so close to the Israeli separation fence.

Earlier this year, a farmer found a 4,500-year-old stone statuette of an ancient goddess while working his land in Gaza.

“We found it by chance. It was muddy and we washed it with water,” farmer Nidal Abu Eid told BBC News. “We realized that it was a precious thing, but we didn’t know it was of such great archaeological value.”