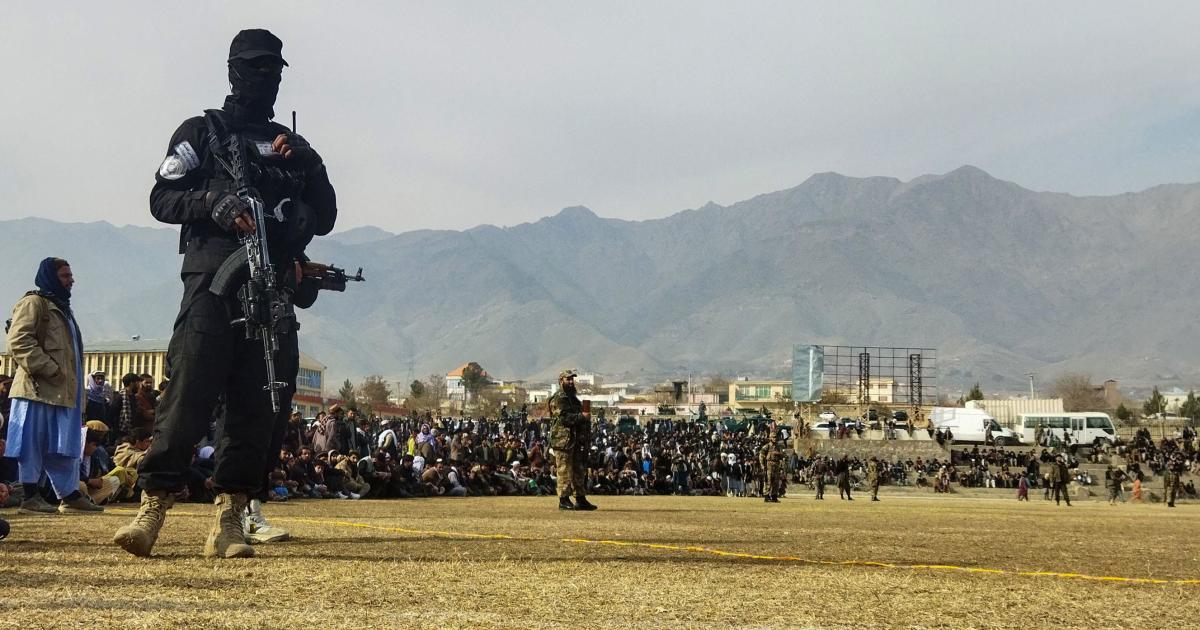 
A senior Afghan official has pardoned a man sentenced to death for murdering the politician’s father, a court said Sunday, days after Taliban authorities carried out the first public execution since the Islamists seized power.

However, Gul Mohammad, deputy governor of the northern province of Jawzjan, forgave the man convicted of killing his father in 1992, Afghanistan’s supreme court said in a statement.

The country’s sharia courts had found Abdul Qayyum guilty of murder and ordered his execution as an “eye for an eye” punishment under the hardline justice system.

But the deputy governor ended the case by forgiving the man.

“The family of the murderer requested me to pardon him. Today, I’m letting go of the qisas (punishment) and I forgive him,” the court statement quoted the official as saying.

The ruling comes days after another man convicted of murder was executed in public — the first time such a punishment has been administered since the Taliban returned to power in August last year.

The execution took place on December 7 in the western province of Farah and was carried out by the victim’s father who shot the condemned man three times with a Kalashnikov rifle.

The offender had been found guilty of murdering another man and stealing his motorcycle and phone.

Wahid Shah, a local shopkeeper who attended the execution, told CBS News’ Sami Yousafzai in a telephone interview that “it was terrifying” and he “left quickly and could not bear to see more.”

“We are not against Islamic justice,” Shah said, but he accused the Taliban of carrying out extrajudicial killings of “innocent Afghans” outside of the country’s Islamic judiciary process.

Another Afghan who was there, a man who asked to be identified as Haji Ahmad, said that as a Muslim, he “believes in such persecution and punishments,” but added that there should be a full judicial process “before execution.”

“The Taliban are killers and killers can’t implement Shariah law,” he said.

But a third witness told CBS News that the kind of justice meted out on Wednesday by Afghanistan’s Taliban rulers “will stop bloodshed and lawlessness in the society full of weapons.”

Supreme leader Akhundzada, who has not been filmed or photographed in public since the Taliban returned to power, rules by decree from Kandahar, the movement’s birthplace and spiritual heartland.

The Taliban regularly carried out punishments in public during their first period of rule that ended in late 2001, including floggings and executions at the national stadium in the capital, and Afghans were encouraged to attend.

They promised a softer regime when they seized power again last year but have since introduced increasingly severe restrictions on the lives of Afghans.

Women in particular have been incrementally squeezed out of public life.