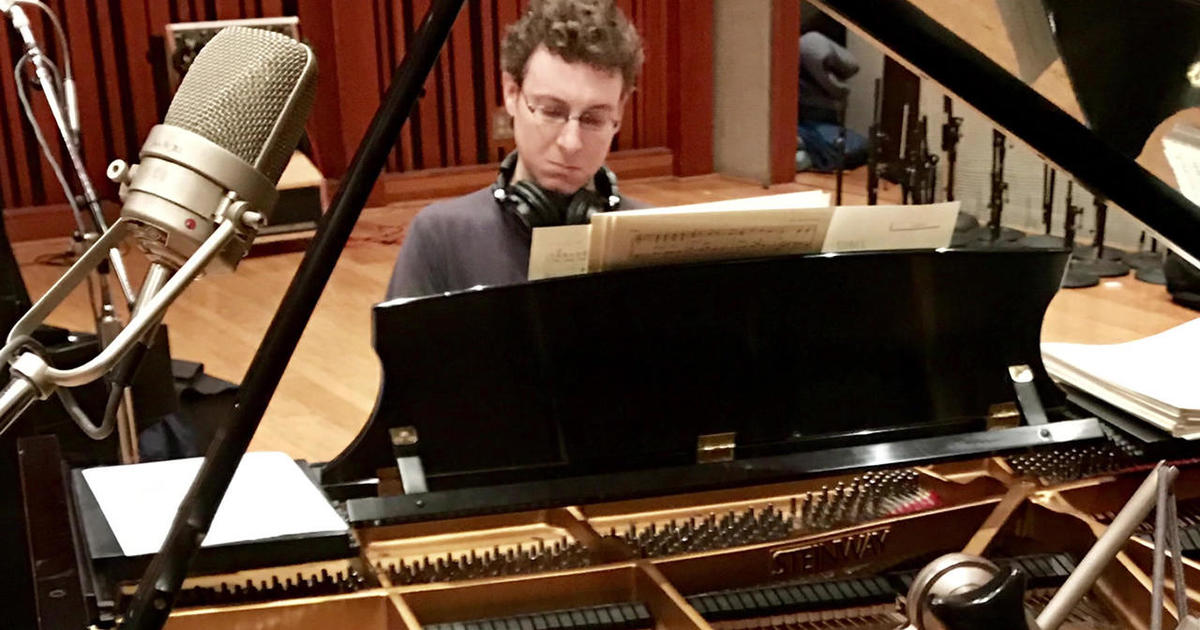 
When you watch a TV series on a streaming service, you can click “Skip Intro” to bypass the opening credits. But if you do that on HBO’s “Succession,” you’ll miss one of the best parts: the theme music! It’s like classical with a hip-hop beat.

Composer Nicholas Britell won an Emmy for his “Succession” score. The show is about a deeply damaged family of billionaires, so Britell wanted the theme to sound a little off. “The pianos are outta tune with each other,” he said. “The strings are a little bit off. This should feel kinda like something’s a little wrong here.”

Three of Britell’s movie scores have earned Oscar nominations: “Moonlight,” “If Beale Street Could Talk,” and “Don’t Look Up.”

“The Middle of the World,” from Britell’s score for “Moonlight”:

But all of his scores begin the same way: In the same room as the director. “It’s like a rule: You have to be there!” he laughed. “It’s obviously technologically possible for me to write all this music and email it over. But I lose something in that process. We don’t know what we want a lotta the time, you know? And we don’t know until I play it up against the picture.”

A TV or film composer’s blank canvas is a version with no music at all. He showed Pogue a scene from “Succession” without a score. “This is one of these sort of philosophical questions. There are lots of places in a show where you don’t put music, you know, and so the first question is kind of, like, ‘Do you put music in a certain place? Do you?’ And so, then it’s a question, well, what are we trying to say? What is that feeling? So, hopefully there’s a feeling of perhaps dread, perhaps it’s sadness. Perhaps it’s the knowledge of incoming loss.”

Movie music has been in Britell’s life from the moment he heard the music for “Chariots of Fire” at five years old. “We had this very old upright piano in our apartment,” he said. “And the first note [of ‘Chariots of Fire’] is just the repeated note. And I figured it out. And I asked my mom for piano lessons. So, I guess for me in some ways film and music and the piano were all spiritually together somehow.”

But his first real employer wasn’t in Hollywood … it was on Wall Street. “I was trading currencies,” he laughed. “It ended up getting to a place for me where I wasn’t happy and I wasn’t doing what I love. And so, I quit my old job, and just took that chance of, like, ‘I want to do music full time.'”

Pogue said, “There’s a very Disney arc here: guy rejected Wall Street to follow his dreams, and now he’s rich and famous and fulfilled. But it might not necessarily have turned out that way. Music is hard!”

“Oh, absolutely. I know, it’s really hard. I think the process of figuring out what is the music for a film, it’s not obvious at all.”

The end of humanity in “Don’t Look Up,” with music by Nicholas Britell:

Britell’s wife Caitlin supported his career switch. She’s a professional cellist, who plays on most of his recordings, including on the score for this year’s “She Said.”

“Sometimes people say, ‘Oh, you know, you’re both musicians, how does that work?'” said Britell. “She’s very picky. And so, we’ll have very, very good conversations, I would say, about how it should sound. I think she wins those conversations pretty often!”

Is there a “Nicholas Britell sound”?

“To be honest, I try to go out of my way, project to project, to not do what I’ve done recently,” he said, “because I actually think it’s so important that every project has its own sound.”

But there is a signature Britell trick: he buries sort of academic easter eggs in his music. For the tennis movie “Battle of the Sexes,” he used an out-of-tune upright piano to represent Bobby Riggs. and a Steinway grand piano for Billie Jean King:

And for the new “Star Wars” series “Andor,” on Disney+, Britell wrote a different variation of the main theme for each of the 12 episodes, based on what’s happening in the plot. “Same theme, totally different arrangement,” he said.

Pogue asked, “Do you really think any audience member is going to notice this stuff?”

“Whether you consciously notice things is actually not my hope,” he replied. “It’s working on an emotional level.”

These days, Britell’s plate is full and getting fuller. But landing more work is not his objective. “If there was a goal, it’s to perhaps do fewer things and be able to really savor those things,” he said. “It’d be nice to just, you know, have a glass of wine and be, like, ‘That was really cool, you know?'”