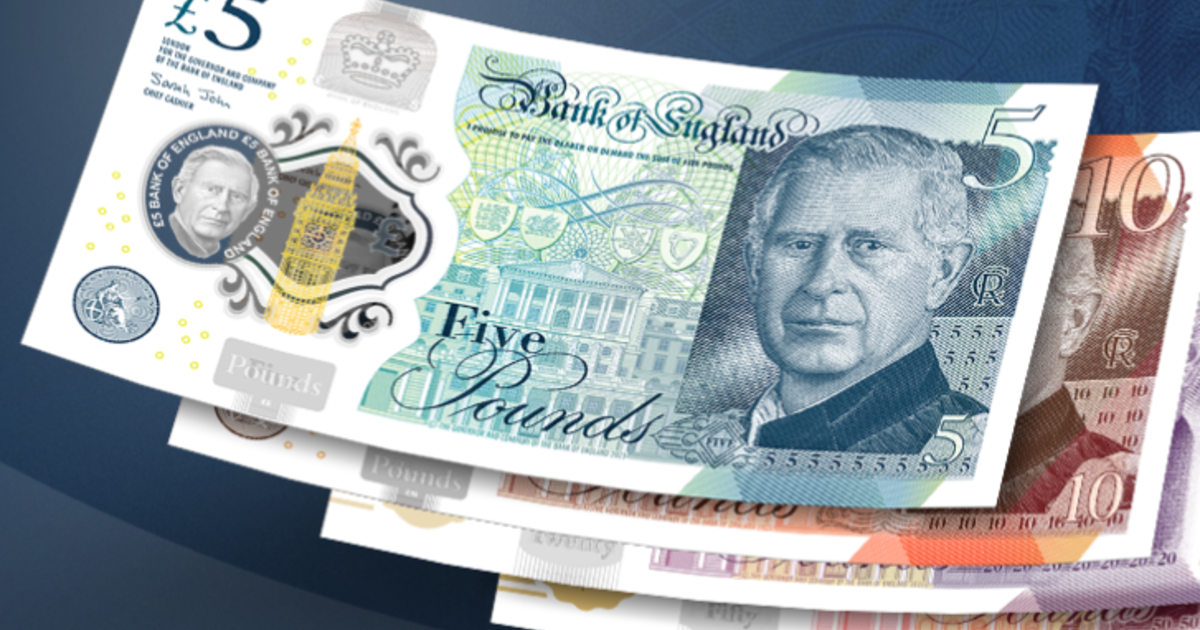 
The Bank of England on Tuesday unveiled new designs for British pound banknotes that feature the image of King Charles III. Currently, U.K. bills show the image of Queen Elizabeth II, who died in September after 70 years on the throne.

The notes will enter circulation by mid-2024, and nothing about the design will change, apart from the image of the monarch, the bank said.

Notes showing the image of the queen will remain in use, the bank said, and new notes will only be printed to replace existing ones that are damaged, or to meet any need for additional currency. This is in line with guidance from the royal household to minimize the environmental and financial impact of the change, the bank said.

“This is a significant moment, as the king is only the second monarch to feature on our banknotes,” the governor of the Bank of England, Andrew Bailey, said, while unveiling the designs.

The new bills were unveiled days after the Britain’s Royal Mint tried to generate interest in a commemorative coin showing an image of the king by making a joke on social media, which confused many people.

“You’ve heard of Elf on the Shelf. Now get ready for…” the mint tweeted, along with an image of a coin featuring King Charles.

After many responded with confusion, unable to solve the riddle, the mint revealed the answer to be a “sovereign on a sovereign,” with the word “sovereign,” both referring to the head of state and to a type of British coin.

Because of the widespread confusion caused by their joke, the Royal Mint then created a Twitter poll asking people if it should continue trying to rhyme.

Other coins featuring King Charles’ image have been in circulation since December 8th.