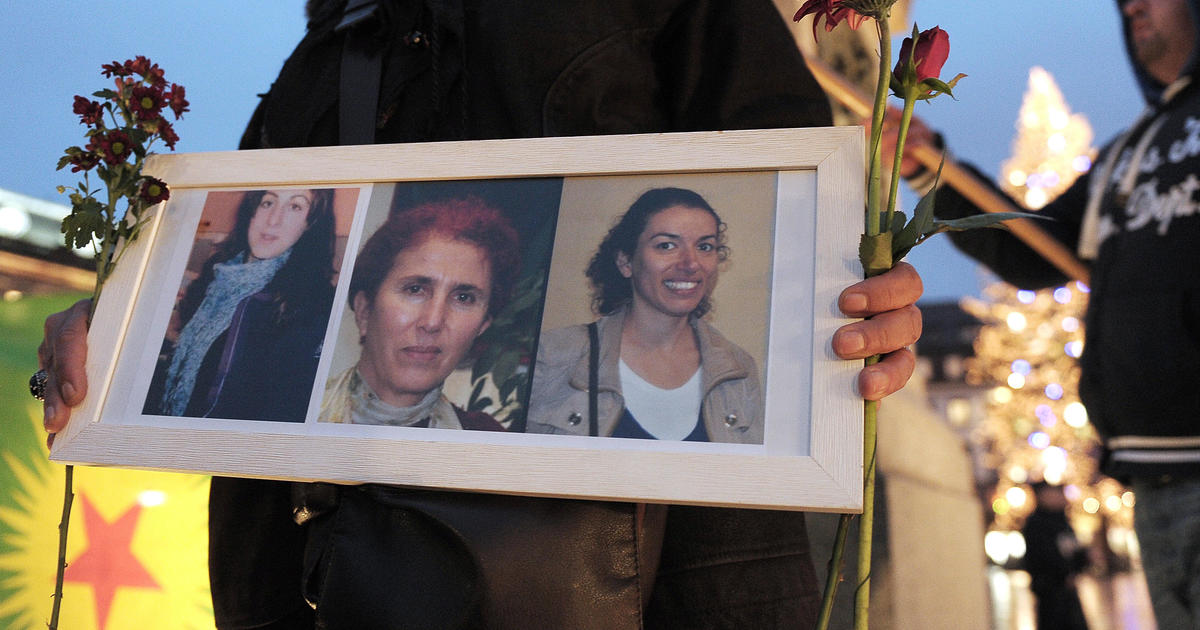 
The unsolved 2013 murder of three Kurdish women activists in Paris has been an open wound for their community, with lingering frustration over France’s failure to bring those responsible to justice.

That wound was compounded after Friday’s attack in which a white French gunman allegedly killed three Kurds, just minutes’ walk from the scene of the slayings almost 10 years ago.

The new attack has brought the 2013 murders back under the spotlight with the Kurdish community asking why French authorities have still been unable to fully elucidate the case and say if there were accomplices or backers.

On January 9, 2013, Sakine Cansiz — one of the founders of the Kurdistan Workers’ Party (PKK) — was murdered along with Fidan Dogan, 28, and 24-year-old Leyla Soylemez. The PKK is blacklisted by Ankara and its Western allies as a terrorist group.

They were shot in the offices of the Kurdistan Information Center in Paris, just a 10-minute walk away from the Kurdish cultural center targeted on Friday.

Turkish national Omer Guney was charged with murdering the three but died in hospital of brain cancer in December 2016, just before his case came to trial.

The activists’ families point to documents they say prove the involvement of Turkey’s spy agency (MIT). In 2014, MIT officially denied any role.

After Friday’s shooting, some in the Kurdish community accused France of failing in their duty to protect them, and some clashed with police at protests.

Demonstrators have drawn parallels between the 2013 murders and the latest attack, with some holding images of the three activists.

Some have also accused Turkey of involvement in last week’s shooting, but French investigators have not provided any announcements to that effect.

The 69-year-old suspect, who authorities say has admitted racist beliefs, was charged Monday with murder motivated by race, ethnicity, nationality or religion.

Guney denied involvement in the 2013 killings, and it was surveillance footage that led to his arrest after he was seen entering the crime scene and one of the victim’s DNA was allegedly found on his coat.

But the murky profile of Guney, a maintenance worker at Charles de Gaulle Airport, added further complication to the case.

Initially police sources said he presented himself as a PKK member, which the group denied, and then he was suspected of being close to ultra-nationalist Turkish groups and accused of infiltrating France’s Kurdish community from late 2011 onwards.

The PKK has waged an insurgency against the Turkish state since 1984, at first seeking a Kurdish homeland and then in pursuit of greater political autonomy for Kurds.

The group and its supporters defend the PKK as a national liberation movement.

The 2013 murders came as the Turkish state and jailed PKK leader Abdullah Ocalan entered into tentative peace talks to resolve the conflict that has claimed tens of thousands of lives.

After the 2015 collapse of a ceasefire, fighting flared again.

Despite MIT’s denial, Turkish media published the recording of a conversation between a man believed to be Guney and two Turkish spies as well as a document resembling a “mission order.”

“His links with Turkish (intelligence) services were proven by several elements in the case,” Antoine Comte, a lawyer for the family of one of the activists killed, told AFP this week.

The investigation, which closed in May 2015, had pointed to the “involvement” of Turkish agents but without referring to any backers.

So the question remained as to whether the agents were involved “officially” and “with their bosses’ approval” or if Guney was a rogue actor, a source close to the case said.

Guney “was suspected of being an ultra-nationalist Turk and there was little doubt over his links with Turkish secret services”, his former lawyer Xavier Nogueras said.

“But the question the judges were asking was whether the order came from MIT or if he had gone to MIT to find out if he could be useful to them”, Nogueras told AFP.

The families’ hope of establishing Ankara’s alleged involvement has not been extinguished, despite Guney’s death.

In 2017, they filed their first legal complaint with documents they said proved the killings were an “operation carefully planned by the Turkish secret services”.

The Paris prosecutor closed the case but after the families filed another complaint, an anti-terror judge was appointed to dig further into the case.

Earlier this month, the Kurdish Democratic Council in France (CDK-F) urged France to reveal information from the investigation to put an end to “impunity.”

“There are still many investigations to be carried out,” lawyer Comte said.

He added that only three days before Friday’s attack, the families met with judges leading the 2013 case.