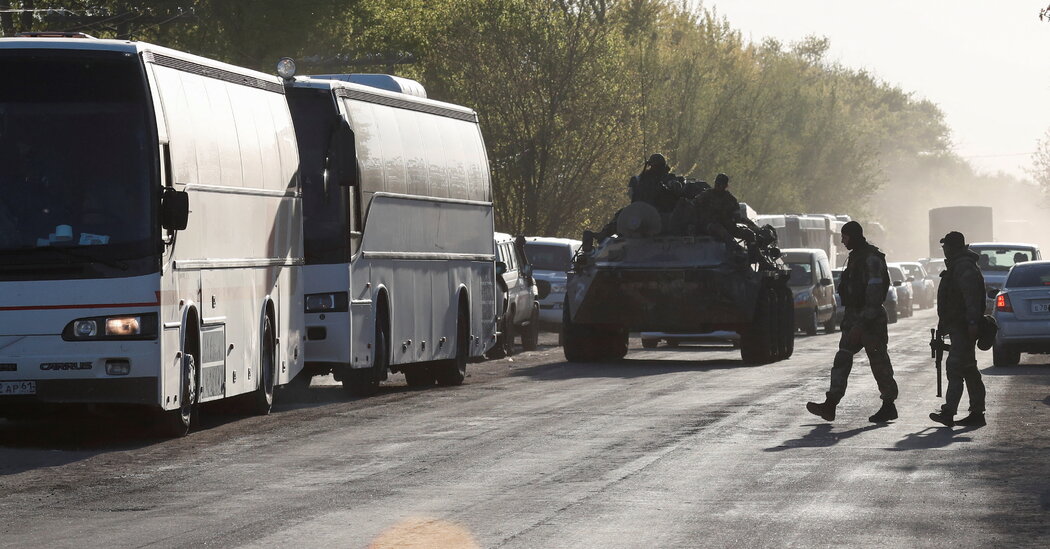 
International concern is growing over reports of abuses involving Russia’s so-called filtration camps, including the eventual executions of some detainees, according to a new report from the Organization for Security and Cooperation in Europe.

The international security agency’s report was released Thursday, a day after a statement by the American secretary of state, Antony J. Blinken, that said Russian authorities have  “interrogated,  detained, and forcibly deported” between 900,000 and 1.6 million Ukrainian citizens, including 260,000 children, from their homes into distant Russian territory.

Russia has acknowledged that 1.5 million Ukrainians are now in Russia, but has asserted that they were evacuated for their own safety.

Mr. Blinken said that the so-called filtration operations are separating families, confiscating Ukrainian passports and issuing Russian passports to change the demography of Ukraine, and that some individuals have been summarily executed, “consistent with evidence of Russian atrocities committed in Bucha, Mariupol, and other locations in Ukraine.”

Mr. Blinken’s statement also cited reports that Russian forces were “deliberately” separating Ukrainian children from their parents and abducting others from orphanages. Last month, President Volodymyr Zelensky said that the deportations of children were “one of Russia’s most heinous war crimes.”

European officials have described the filtration sites as being set up in schools, sports centers and cultural institutions in parts of Ukraine recently seized by Russian forces.

The OSCE report emphasized two subjects: Russians using the filtration centers to search for Ukrainians who may be linked to the Ukrainian army, government or media; and the detainment or disappearance of thousands of Ukrainians.

There are roughly 20 so-called filtration centers in the Russian-occupied territories, the report said.

Ukrainians who are displaced or evacuating a city under attack have to pass through these centers, where their personal data is recorded. Some Ukrainian deportees who have escaped Russia have described being subjected to harsh interrogations and humiliating body searches. The men, especially, said they were searched for tattoos or bruises or other body marks that could have suggested involvement in the military or in fighting.

Bezimenne, in the Donetsk region in eastern Ukraine, has become a particularly well known center. The report said that by May 17, Bezimenne had processed 33,000 people, many from the besieged southern city of Mariupol, which Russia now controls.

From Bezimenne and the other centers, many have been deported to destinations across Russia, said the report, even as far as Siberia.

The report suggests that Russia also has been transferring civilians to the regions in eastern Ukraine that are controlled by Kremlin-backed separatists, where they could be detained, made to undergo unfair trials or even executed.

This OSCE report covers the period between April 1 and June 25, and confirms many of the conclusions found by a previous OSCE report that documented atrocities between Feb. 24 and April 1 and found “clear patterns of international humanitarian law violations.”