“Modigliani Up Close”: Revealing secrets of the master 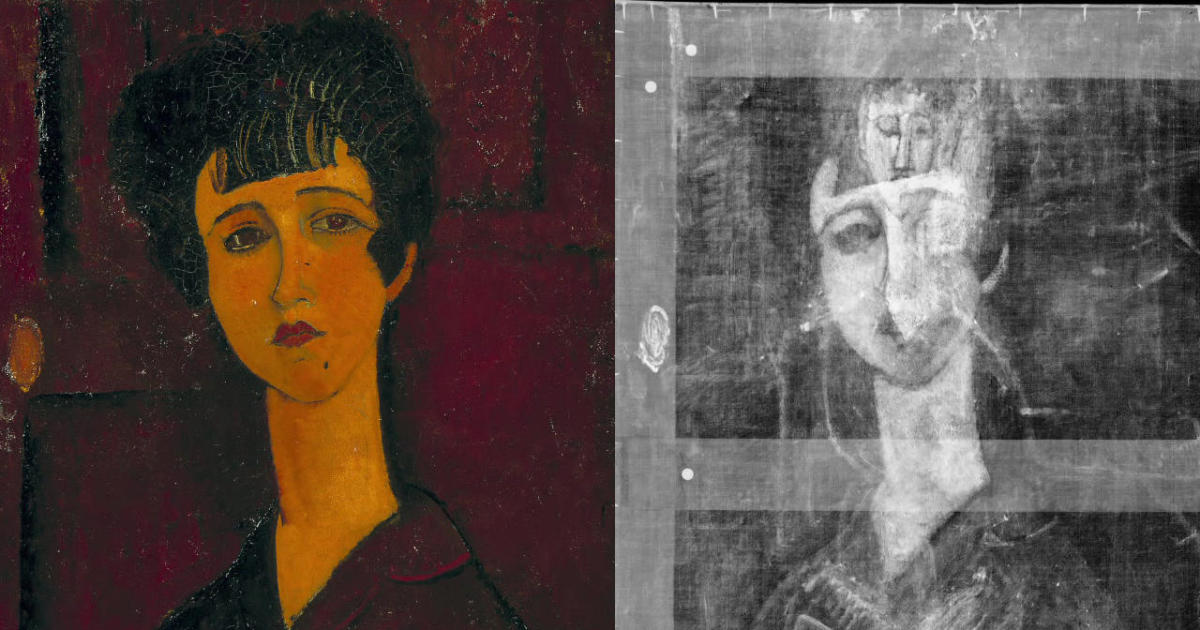 At the Barnes Foundation in Philadelphia, curators and conservators are using new technologies to unearth old secrets from beneath the canvas. Their findings are part of the exhibition “Modigliani Up Close.”

She found Modigliani often incorporated those underdrawings into his finished pieces. “He’s using them in really creative ways,” Buckley said. “He’s allowing some of the nuances of the color of the painting below to be integrated into the painting on the surface.”

Cindy Kang, a curator with the Barnes, said the artist fools the eye into thinking parts of his figure are monochromatic: “One of the discoveries of this exhibition was that Modigliani used a very wide and varied palette of more than 20 colors. We had previously thought he only used about five.”

For instance, in his “Portrait of a Girl,” the subject looks like she just has dark hair, but in her bangs there are pops of red and blue.

Modigliani was born in Livorno, Italy in 1884 to an Italian Jewish family. His parents encouraged his passion for the arts. Modigliani’s mother educated her son by taking him to visit cultural institutions all over the country. “He did have a very classical training,” said Kang, who called his paintings “very, very meticulously planned.”

In 1906 he moved to the center of the art world: Paris. He was a member of the “School of Paris” – a group of artists living in the City of Light. But he didn’t see all his contemporaries as inspiration. “Picasso and Braque were developing Cubism, they were working with collage, they were really interested in interrogating pictorial structure,” said Kang. “Modigliani was interested in something else. And so, this is why he was so dedicated to the figure.”

Modigliani painted and sculpted, the latter practice lasting only a few years, but becoming consequential to his method.

Altschul asked, “When we think of Modigliani and his signature style, it’s the faces, the long necks. Where did that come from?”

“You need to go back to his sculpture; he was getting his blocks from construction sites in Paris,” Kang replied. “The blocks that Modigliani was using to sculpt heads were very long, rectangular blocks.”

Which he might not have purchased. “Maybe he stole them under cover of the night, maybe he was paying for them. We don’t know exactly!” Kang said.

Modigliani died in 1920, from tuberculosis, at the age of 35. And while his career may have been fleeting, his legacy was anything but.

Altschul asked Buckley, “Is everything that’s going to be looked at, looked at?”

“Oh, there’s always more,” she replied. “Yeah, this is just the beginning.”