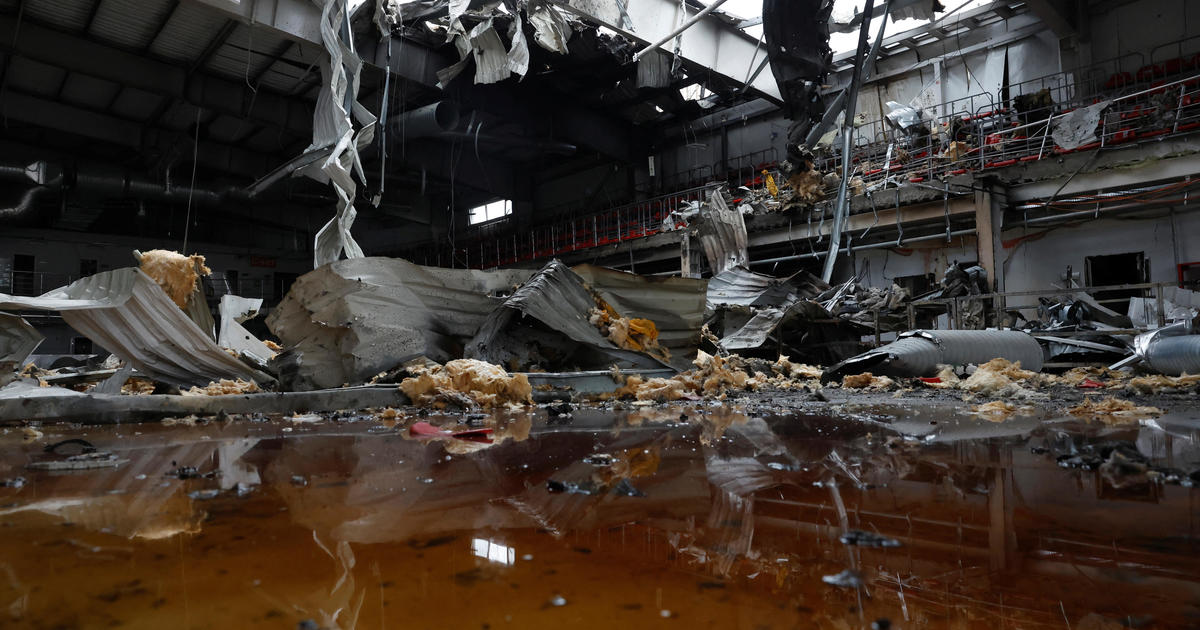 
An ice rink frequented by children in the eastern Ukrainian city of Druzhkivka was destroyed this week, with officials and the nation’s hockey team pinning the blame on a Russian attack. The destruction came just two days into the new year, as Ukraine approaches its 11th month under assault from neighboring Russia.

“You could say this was the last place for children in Druzhkivka,” 35-year-old local resident Pavlo Bilokorivskyi told Reuters of the Altair arena, according to a translation provided by the news agency. “This is where you could come for entertainment. In the winter, thousands of people queued outside to get a chance to skate on the rink. … They destroyed the last attraction of our home.”

The Ice Hockey Federation of Ukraine posted about the incident, saying in a message on Telegram that Russia committed the “rocket attack” on Monday.

“It is impossible to understand the reason for such a step, because the sports facility was completely empty and could not become a military target,” a translation of the post says. A more detailed message on the federation’s website says the arena was built in October 2013 and is the fifth ice arena to be destroyed during the war.

One local man, identified as Oleksandr, told Reuters that his wife witnessed the attack.

“My wife said she heard [it] and saw a large red flash in the window,” the 67-year-old said in a translation provided by Reuters. “It was so horrible. … I told her that if it hit our yard, then our house would be gone. So, this was very heavy.”

Ukraine has seemingly come under an increased barrage in recent days, with Russia launching the biggest wave of attacks in weeks against the country’s infrastructure. On Monday, Ukrainian forces struck back, killing dozens of Russian soldiers after launching a rocket strike on Russian facilities in the town of Makiivka, located about 2 hours south of Druzhkivka.

Dmytro Kuleba, Ukraine’s minister of foreign affairs, tweeted an angry message after the attack on the Druzhkivka arena.

“I invite all sports officials who want to allow Russian athletes to compete in international events because, as they say, ‘politics should be kept out of sports’, to visit the Altair ice arena in Druzhkivka ruined by Russia’s ‘politically neutral’ shelling,” he tweeted.

Fedor Ilyenko, general manager of the professional team Donbas Hockey Club, which used the rink, said in a translated post on Facebook that the arena is “more than just a building” — “this is the second home for our club.”

“There are hundreds of children’s competitions, dozens of international tournaments, children’s smiles,” the translation of his post says. “…no words.”