Mexico arrests a son of 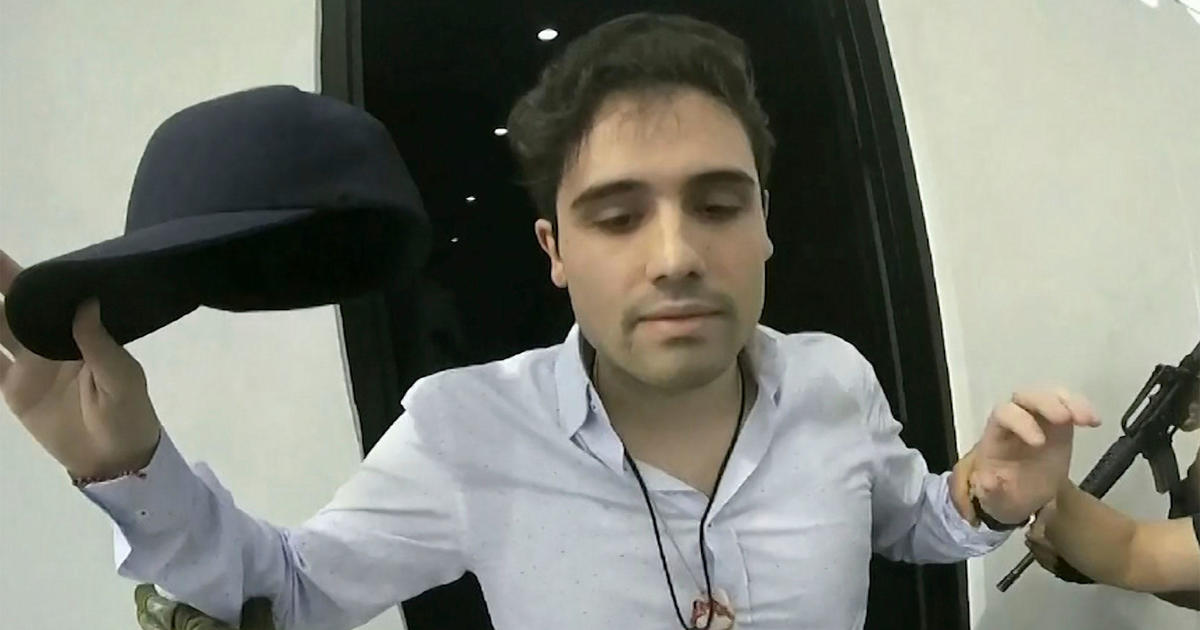 
Mexican security forces captured Ovidio Guzmán, an alleged drug trafficker wanted by the United States and one of the sons of former Sinaloa cartel boss Joaquín “El Chapo” Guzmán, Thursday in a pre-dawn operation that set off gunfights and roadblocks across the western state’s capital.

Defense Secretary Luis Cresencio Sandoval said Army and National Guard personnel had captured a son of “El Chapo.” Sandoval identified him only as Ovidio, in keeping with government policy.

Ovidio Guzmán had not been one of El Chapo’s better-known sons until an aborted operation to capture him three years ago. That attempt similarly set off violence in Culiacan that ultimately led President Andrés Manuel López Obrador to order the military to let him go.

The high-profile capture comes just days before López Obrador will host U.S. President Joe Biden for bilateral talks followed by a North American Leaders’ Summit with Biden and Canadian Primer Minister Justin Trudeau. Drug trafficking, along with immigration, is expected to be a top talking point for the leaders.

López Obrador’s security strategy reversed years of what came to be known as the kingpin strategy of taking down cartel leaders. Ultimately, it had led to the fragmentation of large cartels and bloody battles for dominance. López Obrador put all of his faith in the military, disbanding the corrupt Federal Police and creating the National Guard under military command.

“This is a significant blow to the Sinaloa cartel and major victory for the rule of law. It will not, however, impede the flow of drugs into the U.S. Hopefully, Mexico will extradite him to the U.S.,” Mike Vigil, the DEA’s former Chief of International Operations, said Thursday.

Ovidio is not one of the drug lord’s best-known sons. Iván Archivaldo Guzmán and Jesús Alfredo Guzmán are known as “Los Chapitos,” or “the little Chapos,” and are believed to be running their father’s cartel together with Ismael “El Mayo” Zambada.

The Chapitos have been taking greater control in the cartel because Zambada was in poor health and isolated in the mountains, Vigil said. “The Chapitos know that if el Mayo dies, (the cartel) is going to break apart if they don’t have control.”

“It’s going to be very important that the U.S. requests Ovidio’s extradition quickly and that Mexico does it,” Vigil said.

Alleged cartel members responded to Thursday’s operation by carjacking Culiacan residents and setting vehicles ablaze in the cartel stronghold. Local and state authorities warned everyone to stay inside.

Such attempts to create chaos often come in response to arrests of important cartel figures in Mexico. One of the most notorious came when federal security forces corned Ovidio Guzmán in October 2019, only to let him escape after gunmen shot up the city with high-powered weapons.

López Obrador said at the time he had made the decision to avoid the loss of life, even though a U.S. was seeking Ovidio Guzman’s extradition on drug trafficking charges. A 2018 federal indictment in Washington, D.C., accused him of conspiring to distribute cocaine, methamphetamine and marijuana in the United States.

The 2019 debacle was a black eye for López Obrador’s administration that raised even more questions about Mexico’s commitment to battling the country’s powerful drug cartels.

López Obrador entered office highly critical of the toll of his predecessors’ drug war. He embraced the phrase “hugs, not bullets” to describe his approach to Mexico’s chronic violence, which would focus on social programs aimed at weakening the draw of organized crime.

But four years into his six-year term, the death toll remains high.

Sinaloa Gov. Ruben Rocha said via Twitter Thursday that the operation took place in an area north of the capital called Jesus Maria and caused “violent events in the capital and other parts of the state.” Relatives of Ovidio Guzmán are known to live there, according to local news outlet Riodoce, which reported dozens of roadblocks across the city.