Meta says it is removing Facebook posts that back Brazil riots 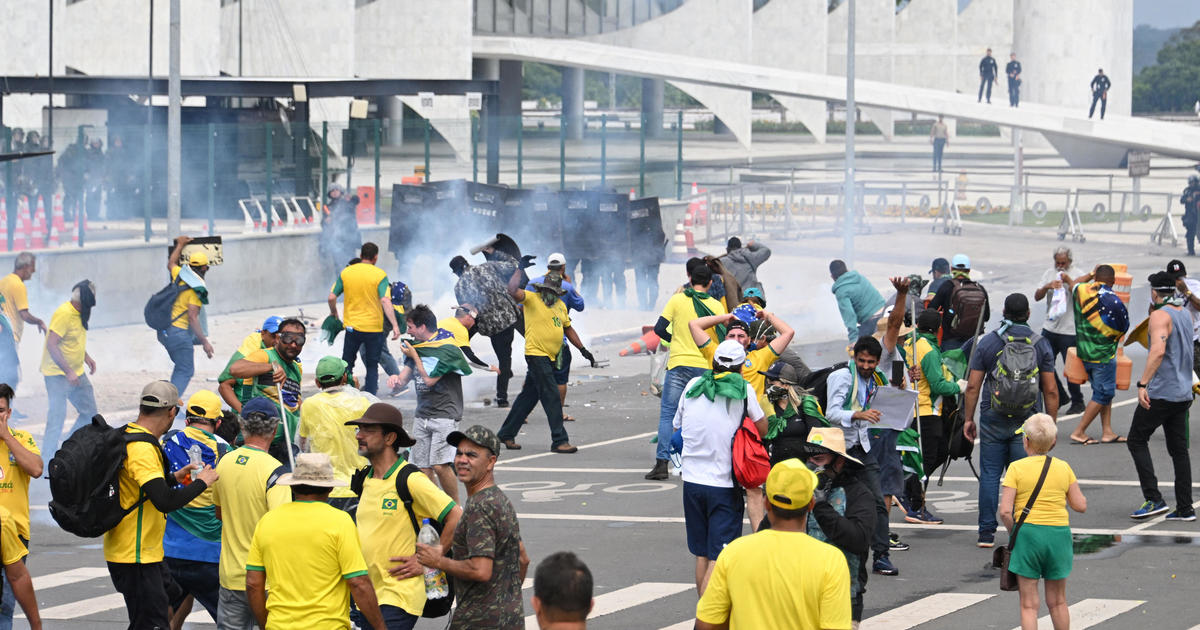 Facebook-parent Meta said it is removing posts from the platform that praise or support anti-democratic demonstrators in Brazil who over the weekend stormed the country’s Congress, Supreme Court and presidential palace.

The rioters are supporters of former Brazilian President Jair Bolsonaro who refuse to accept his election defeat. On Sunday, they bypassed security barricades, climbed on roofs, smashed windows and invaded all three buildings, with some calling for a military intervention to either restore the far-right Bolsonaro to power or oust President Luiz Inácio Lula da Silva from office.

Facebook’s more than 3 billion users often rely on the social network to find information or people who share their views. But the service has been criticized for spreading misinformation around political and health issues, such as elections and the COVID-19 pandemic.

On Monday, Meta said in an emailed statement to CBS MoneyWatch that it has been “removing content calling for people to take up arms or forcibly invade Congress, the Presidential palace and other federal buildings” in Brazil. The company explained that it designated the attacks as “a violating event, which means we will remove content that supports or praises these actions. We’re actively following the situation and will continue removing content that violates our policies.”

Hundreds of participants in the attacks were arrested after control of the buildings on Brasilia’s vast Three Powers Square was reestablished.

In a news conference from Sao Paulo state, Lula accused Bolsonaro of encouraging the attacks by those he termed “fascist fanatics.” Lula also read a newly signed decree that authorized the government to take control of the federal district’s security.

Bolsonaro, who flew to Florida before Lula’s inauguration, wrote on Twitter on Sunday that peaceful protest is part of democracy, but vandalism and invasion of public buildings are “exceptions to the rule.”