Map revealed, sparking treasure hunt for riches buried by Nazi soldiers during WWII in the Netherlands 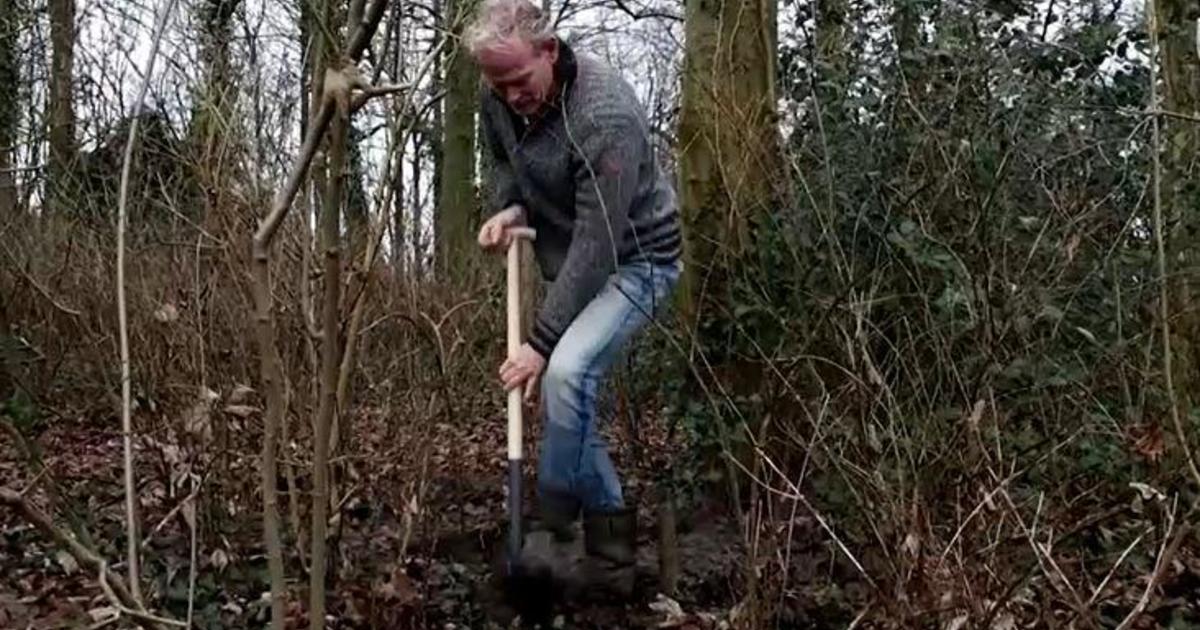 
Few things spark the imagination like a good old treasure hunt, and there’s a big one underway in the Netherlands this week. Officials in the European country have published an old map, believed to reveal where soldiers invading from Nazi Germany hid millions of dollars in riches that they’d looted during World War II.

The high-pitched hum from a metal detector tells treasure hunter Jan Henzen that he could be getting closer.

“I’m quite tickled,” he says. “I’ve been searching this area for 30 years and have found some nice Roman objects, but I never knew Nazi treasure was buried here.”

The Dutch National Archive revealed the news, posting the map online after it was kept hidden for 75 years under the country’s official secrets act.

“The red crosses show where four boxes of treasure are buried,” said archives advisor Annet Waalkens as she explains the map covering an area in and around the village of Ommeren, in the Netherlands.

“There are brooches, necklaces, silver and gold coins, rubies, diamonds, lots of valuables,” she said of the buried loot, believed to be worth millions of dollars.

Modern explorers have descended on the Dutch town, which was on the front line during World War II, hoping to uncover the booty German soldiers looted after a bank explosion in 1944.

Officials have watched the treasure hunt with interest, but there have been concerns raised about the scale of the amateur scavenging.

Officials have watched the treasure hunt with interest, but there have been concerns about the scale of the amateur scavenging.

“I have already seen people from all over the Netherlands. Yesterday somebody from Drenthe with a divining stick said he had found the spot, but it was under the asphalt, so that was inconvenient,” said the former mayor of the town, Klaas Tammes. “I get it, but I really think it will be hard to find. On the other hand, being the president of the foundation which owns this land, I am also a bit afraid, knowing that people will start digging haphazardly. I hope it won’t get out of hand.”

Henzen, however, remains focused on his hunt.

“I think it’s buried here,” he says, “and I’m not the only one, because I already see some big holes in the ground.”

But in the end, the race for the riches may never be won; Dutch officials got the map from a German soldier shortly after World War II, and they tried twice to find the treasure in 1947, but came up emptyhanded.