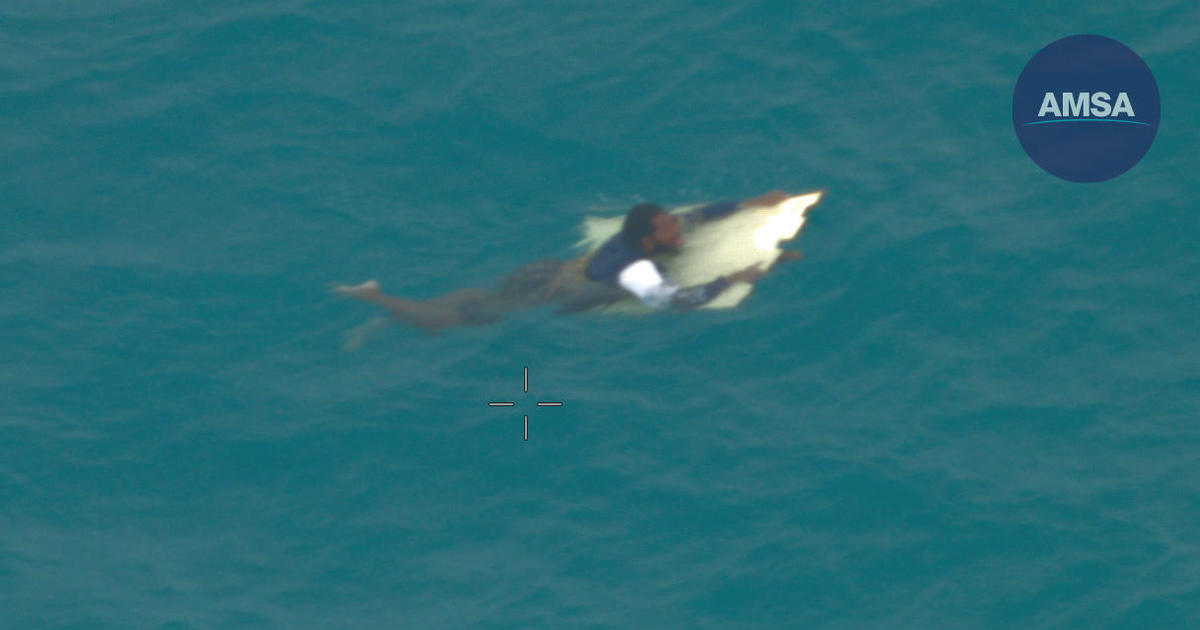 A man whose boat capsized in stormy seas off Australia’s north coast was rescued on Wednesday after he survived for almost 24 hours in shark- and crocodile-infested waters by clinging to a piece of wood.

The Queensland man was found floating in the Torres Strait 2 kilometers (1.2 miles) from his upturned dinghy by an air rescue crew.

He was “clinging to some flotsam” and was winched to safety, according to the Australian Maritime Safety Authority, which posted images of the capsized boat and the man’s rescue on social media.

The man, who was not named, was “very lucky” to have survived, the authority said in a statement.

He had “departed Getullai Island (on Tuesday) and failed to arrive at their destination by the expected time,” the statement said.

A search by rescue aircraft late Tuesday was unsuccessful. The hunt resumed in the morning with the aircraft, a helicopter and a police vessel involved.

By late morning “the upturned dinghy was located in the water and following a short aerial search the missing person was found about two kilometers from the dinghy,” the authority said.

There are nearly 300 islands off the northern tip of Australia.

Most of the islands’ residents are Indigenous Torres Strait Islanders, with close ties to territories in both Australia and Papua New Guinea.

The Torres Strait consists of 18 islands, which are scattered over a geographic area of 48,000 square kilometers, according to the government.  Sharks represent an important symbol in the region, the government notes, as they are “known as the protector of the reef.”

The incident comes about two months after three men whose fishing boat sank in the Gulf of Mexico were rescued after surviving for more than a day despite being attacked by sharks that inflicted deep cuts on their hands and shredded one of their life jackets.