Man reunited with his mom 44 years after she thought he died, thanks to a Facebook page 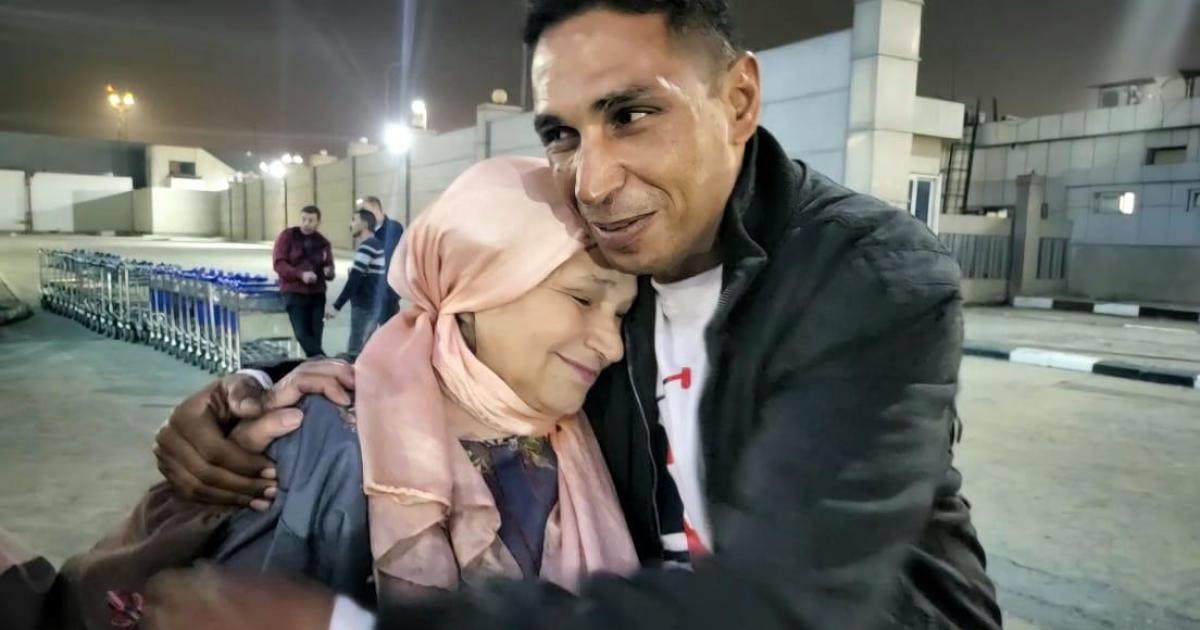 
Cairo — Just two weeks after he was born in Jordan, Wissam Mohamed got sick. His Jordanian father and Egyptian mother’s relationship was falling apart, and his father did something that would shape the 44-year-old’s whole life: He told Mohamed’s mother that their baby had died in the hospital.

“He was afraid she might take me away with her,” Mohamed told CBS News.

When Mohamed grew up, he started looking for his mother. He didn’t know if she was dead or alive. All he had was her name, from his birth certificate, and a vague idea of where she had lived in Cairo decades ago.

He traveled to Egypt a couple of times, hoping to find her, but failed.

“She used to live in a place in Cairo that was destroyed by an earthquake in 1992,” he said. Finding someone – especially an older person unlikely to be on social media in a country of more than 100 million people is no small feat.

“I only knew for sure that she was alive about four years ago, when the lawyers told me they couldn’t find a death certificate for her,” he said. But he still had no idea where she might be.

Then, not too long ago, an aunt in Jordan found some old photos of Mohamed’s mother. She posted them on social media, and one of her friends contacted an Egypt-based Facebook group called simply, “Missing Children.”

Rami el-Gebali, an engineer who founded the Missing Children page in 2015, said his goal at first was just to raise awareness about missing people.

“I first believed that once a child is lost, most likely they will not be found,” he said. That changed, however, after the first case was resolved through the page, and someone was reunited with their family.

“If we can find one person,” he thought, “we might find the rest.”

The page grew quickly to cover Egypt and beyond. The group now has almost 2 million followers on Facebook, a separate website, and 7,000 volunteers who help el-Gebali sift through the posts and information that come in a bid to link up long-lost loved ones.

Mohamed’s story was posted on the Facebook group’s page with a photo of his mother and a caption reading: “Your son is alive and looking for you.”

Within 24 hours, on December 7, Mohamed’s mother was located through the page. He flew to Cairo the next day, and she met him at the airport.

“You thought I was dead?” Mohamed asked his mother as he hugged her for the first time.

“They told me so,” Reda Mahmoud told him.

Their story went viral in Egypt, but el-Gebali said it was just another happy ending for the Missing Children team — one of more than 3,000 so far. He said their work continues, with about 8,000 people still reported missing on the page left to track down.

El-Gebali said he believed success stories like Mohamed’s, with the media attention they garner, could give other families hope.

“There are lots of people who have lost hope and stopped searching for their loved ones,” he said. “We aim to inspire at least one side to have hope, because maybe the other side is still out there.”

Mohamed told CBS News he never lost hope of seeing his mother: “For the past 20 years, I’ve always believed that I will find her.”

“We monitor social media for keywords like ‘adopting children,’ ‘selling children,’ and we track them down,” el-Gebali said of the work, adding that members of the team have also conducted undercover work on social media and messaging apps in conjunction with Egyptian police.