Live Updates: Zelenskyy heads to Washington to meet with Biden and address Congress 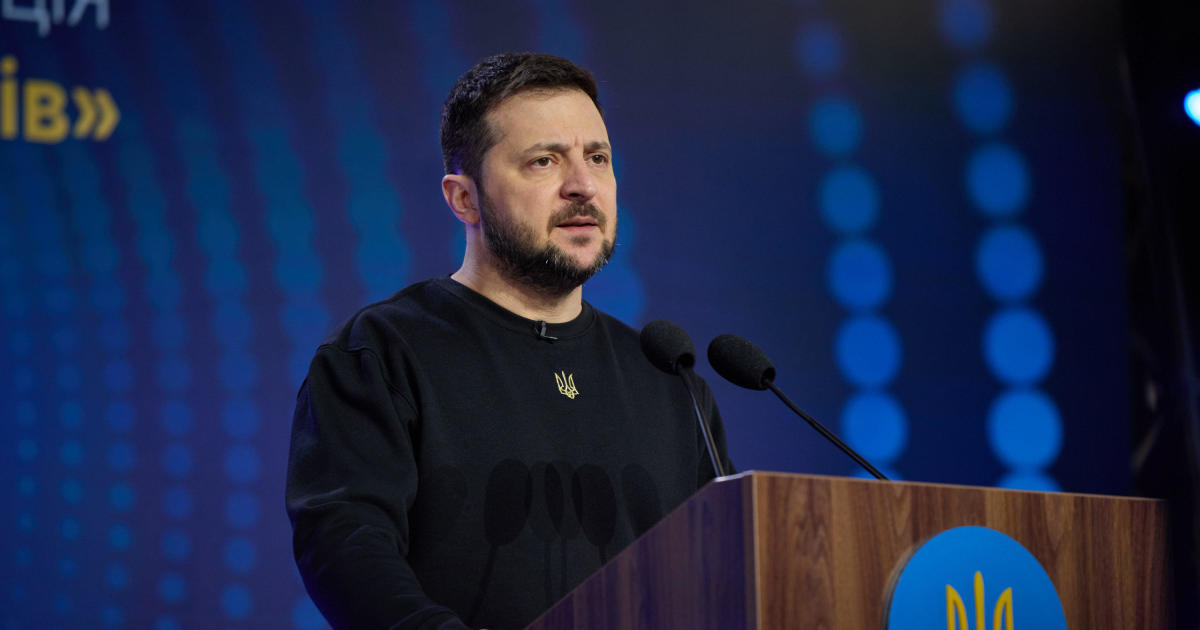 
Washington — Ukrainian President Volodymyr Zelenskyy is on his way to Washington to meet with President Biden and deliver an address to Congress in his first trip outside Ukraine since Russia invaded in February.

Planning for Zelenskyy’s visit was shrouded in secrecy due to security concerns, but U.S. officials confirmed the trip Tuesday night.

“On my way to the US to strengthen resilience and defense capabilities of Ukraine. In particular, @POTUS and I will discuss cooperation between Ukraine and the U.S.,” Zelenskyy tweeted early Wednesday morning. “I will also have a speech at the Congress and a number of bilateral meetings.”

Mr. Biden will greet Zelenskyy at the White House at 2 p.m., and the two will hold a joint press conference at 4:30 p.m. Zelenskyy will then address a joint session of Congress at 7:30 p.m., Speaker Nancy Pelosi’s office said.

A senior administration official said Mr. Biden will announce a new aid package for Ukraine worth “nearly $2 billion” and include, for the first time, a Patriot missile battery, which the official called “a critical asset to defend the Ukrainian people against Russia’s barbaric attacks on Ukraine’s critical infrastructure.” The official said the U.S. “will train Ukrainian forces on how to operate the Patriot missile battery in a third country.”

Zelenskyy’s visit comes as Russia has ramped up strikes against critical Ukrainian infrastructure as winter sets in, with Russian forces last week launching one of the largest assaults on the capital of Kyiv since the war began.

The Ukrainian president’s speech to Congress also comes as U.S. lawmakers work to pass a sweeping $1.7 trillion government spending package that includes nearly $45 billion in military, humanitarian and economic assistance for Ukraine. The measure would be one of the final pieces of legislation passed by the current Congress, and lawmakers were moving with urgency to clear the omnibus bill before a Friday deadline to avert a partial government shutdown.

The roughly $45 billion included for Ukraine is higher than the $37.7 billion requested by the White House in November and, if approved by Congress, would be the latest tranche of emergency assistance provided to Ukraine as it continues to fight Russia.

Lawmakers have allocated more than $65 billion in aid to Ukraine since the invasion, though some House Republicans have expressed opposition to continuing direct funding to the country. This new package would bring U.S. assistance to over $100 billion.