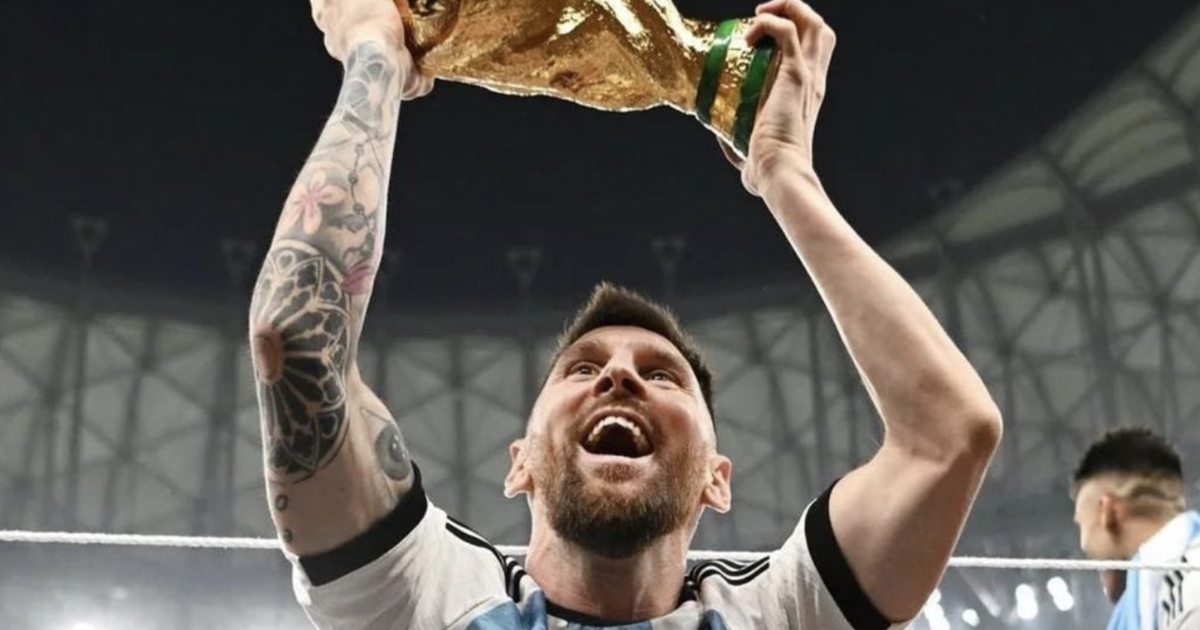 Argentinian soccer superstar Lionel Messi just won his first-ever World Cup, and he can now boast having the most-liked post on Instagram of all time, too. As of Tuesday morning, the post had more than 62 million likes, topping the previous record-holder, a 2019 photo of a brown egg.

One day after leading Argentina to its first title in 36 years, Messi posted a gallery of his celebration right after his team beat France in penalties. His first picture shows him smiling while holding the tournament trophy, and others show him celebrating with teammates and enjoying the post-match ceremony.

In the caption, he wrote, “CHAMPIONS OF THE WORLD!”

“We showed once more that when Argentinians work hard together and we’re united we’re capable of achieving anything we put our minds to,” he added. “The merit of this group, which was above individualism, is the strength that we all fought for the same dream that was also the one for all Argentinians…we did it!!!”

The post amassed 62 million likes in a little over a day, resonating with Messi’s fans and beyond. The famous egg Instagram post, from January 2019, reached 56 million likes and initially grabbed the most-liked record away from Kylie Jenner.

As for Messi and the rest of Argentina’s national team, they returned to Buenos Aires on early Tuesday. Thousands of fans were seen giving them a hero’s welcome after arriving from Qatar.

In addition to the most-liked Instagram post, the Guinness World Records said Messi broke four other records after Sunday’s victory. He holds the most “Man of the Match” awards won at the World Cup (11); he is the first person to assist at five different World Cups; he has the most World Cup appearances as a captain (19); and he has appeared in more World Cup tournaments than any othermale player (5).