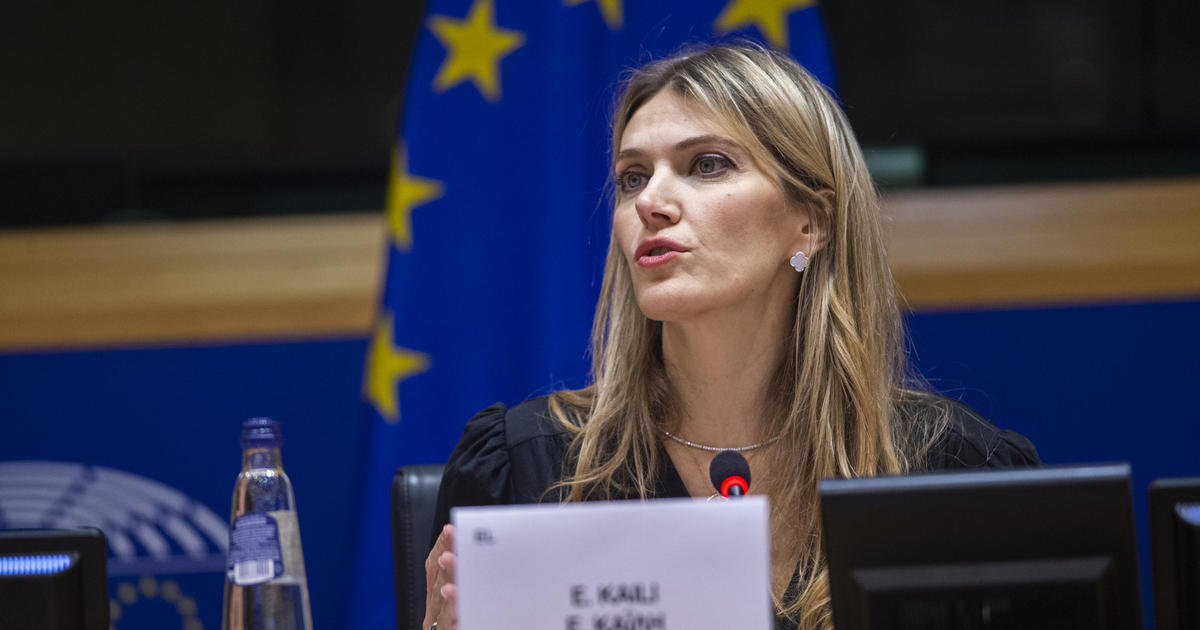 
A European Parliament member implicated in an alleged corruption scheme involving Qatar will remain in detention until at least next week after her hearing was postponed by a judge on Wednesday, judicial officials told The Associated Press.

Eva Kaili, a Greek-European lawmaker and the vice president of the European Union’s governing body whose term in office was terminated this week by fellow lawmakers, had previously been set to appear before a judge in Brussels on Wednesday alongside three other people who were also arrested in connection with the case. Kaili’s attorneys have said that she denies any involvement in the alleged scandal.

Kaili’s lawyer, André Risopoulos, said her hearing was rescheduled to Dec. 22, but declined to give further details. Belgium’s federal prosecutor’s office confirmed the new date, when a judge will decide whether to remand her in custody.

Police have now conducted more than 20 raids, mostly in Belgium but also in Italy, as part of a probe into alleged bribery for political favors. Prosecutors said in a statement they suspect that people “in political and/or strategic positions within the European Parliament were paid large sums of money or offered substantial gifts to influence Parliament’s decisions.”

Prosecutors have charged four people, including Kaili, with corruption, participation in a criminal group and money laundering.

Belgian authorities have not identified the Gulf country suspected of offering cash or gifts to officials within parliament, but several members of the assembly and some Belgian media have linked the investigation to the soccer World Cup host, Qatar.

Belgian Prime Minister Alexander De Croo said that EU relations with any foreign country implicated in the bribery would be affected were it confirmed.

“Trying to influence our decision-making with bribery, if that would be confirmed that it is the case, that it is related to certain countries, I would not see how it would not have consequences in the relation,” he said. “First of all the mistake is with the persons that let themselves be bribed. Let’s be clear on that. But it’s not only them. There’s always two sides to this.”

Arguably, Qatar has received some favorable reviews in Europe this year, but allegations that European officials were paid to provide them would typically be hard to establish. However, investigators have seized hundreds of thousands of euros at the homes of officials, according to Belgian prosecutors.

De Croo added that the scandal is proof of the need for “more scrutiny and more transparency in the European Parliament.”

“We are a partner of the president, Roberta Metsola, to improve the functioning and to bring more transparency and to really go to the bottom of the investigation that is taking place,” he said.

“Well, they want to shut down on the corruption and the allegations of corruption,” D’Agata said.

“In theory, anyway, the European Union holds itself at a very high regard, and there are certain thresholds that must be met. And very high up in that is corruption,” he added. “So, when there’s the suggestion, hint, allegations of corruption, they want to slam the door very quickly. I mean, other MEP members have said, ‘This is a serious threat to European democracy.'”

Ursula von der Leyen, president of the European Commission, described the allegations as “of the utmost concern,” and “very serious” in comments to reporters on Monday.