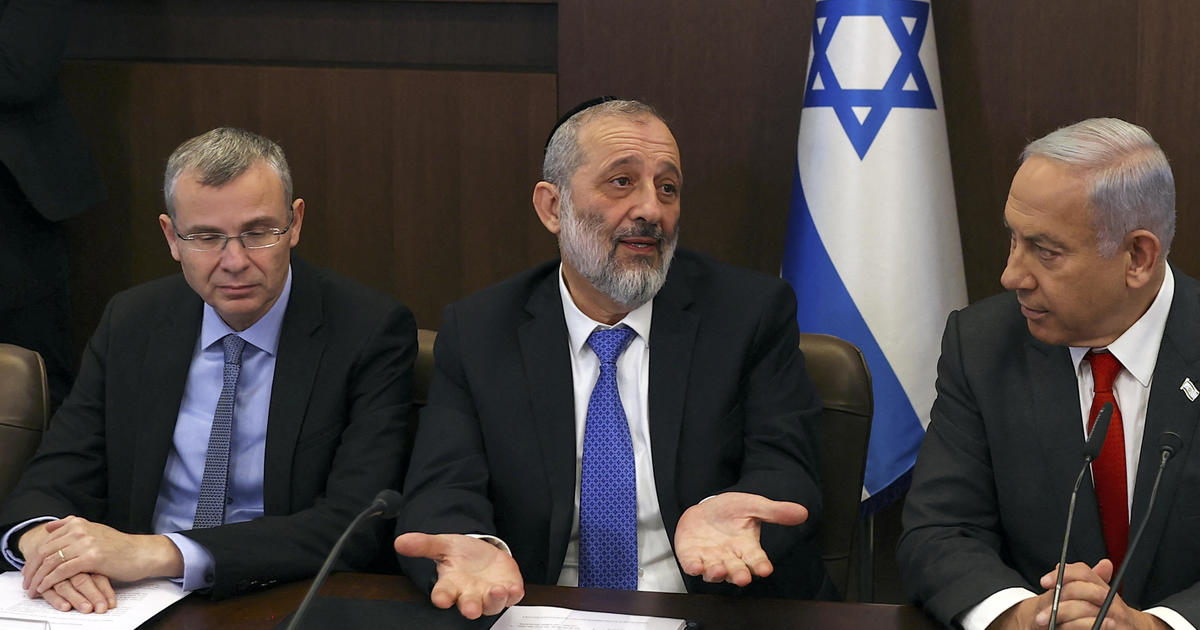 
Jerusalem — Israel’s top court ruled Wednesday that a senior member of premier Benjamin Netanyahu’s newly formed government cannot serve as minister due to a recent tax evasion conviction. The decision was slammed by Prime Minister Netanyahu’s coalition, which vowed to push ahead with controversial measures that would weaken the Supreme Court and its power to strike down legislation.

Netanyahu returned to power last month at the head of a coalition with extreme-right and ultra-Orthodox Jewish parties following Israel’s November 1 election.

His appointment of Aryeh Deri as health and interior minister “could not stand” since it was “extremely unreasonable,” according to a summary of the court’s decision. In a 10-1 decision, the judges said Netanyahu “must remove Deri from his position.”

Deri, head of the ultra-Orthodox party Shas, admitted last year to tax evasion, was fined 180,000 shekels ($50,000) and relinquished his parliamentary seat. The judges said Deri made it appear as if he had intended to resign from politics to get a lighter sentence. He ran for office again in the November polls.

In Israel, which does not have a constitution, the Supreme Court currently has the authority to repeal laws or government decisions it considers discriminatory or unreasonable.

Lawmakers last month passed legislation that allows anyone convicted of offenses but not given a custodial sentence to serve as a minister.

Deri’s Shas party called the court’s decision “political,” “extremely unreasonable” and “unprecedented,” but refrained from announcing any concrete measures. It said the ruling “threw away the voices and votes of 400,000 Shas supporters” and rendered the elections “meaningless.”

The move has fueled large protests in Jerusalem and other cities in recent days by Israelis who say the new government coalition’s proposed policies pose a threat to democracy and human rights in the country.

“I will do anything necessary to fully amend the injustice done to Deri, Shas and Israeli democracy,” Levin said on Wednesday.

Opposition leader Yair Lapid warned “the Israeli government would be violating the law” if Netanyahu does not remove Deri.

“A government that does not obey they law is an illegal government and cannot expect citizens to obey the law,” former prime minister Lapid said in a statement.

A joint statement from the leaders of coalition parties implied they had no intention to go against the ruling, which does not prevent Deri’s party from remaining in government.

“We will act in any legal way at our disposal and without delay to amend the injustice,” the statement said, decrying a “harsh blow to the democratic decision… of the people.”

Born in Morocco, Deri is a political veteran who co-founded Shas and has held a Knesset seat as well as several ministerial posts over the past decades. Half-way through the current term, he was to become finance minister, while remaining deputy premier.

Netanyahu himself is currently standing trial for bribery, fraud and breach of trust, charges he denies.