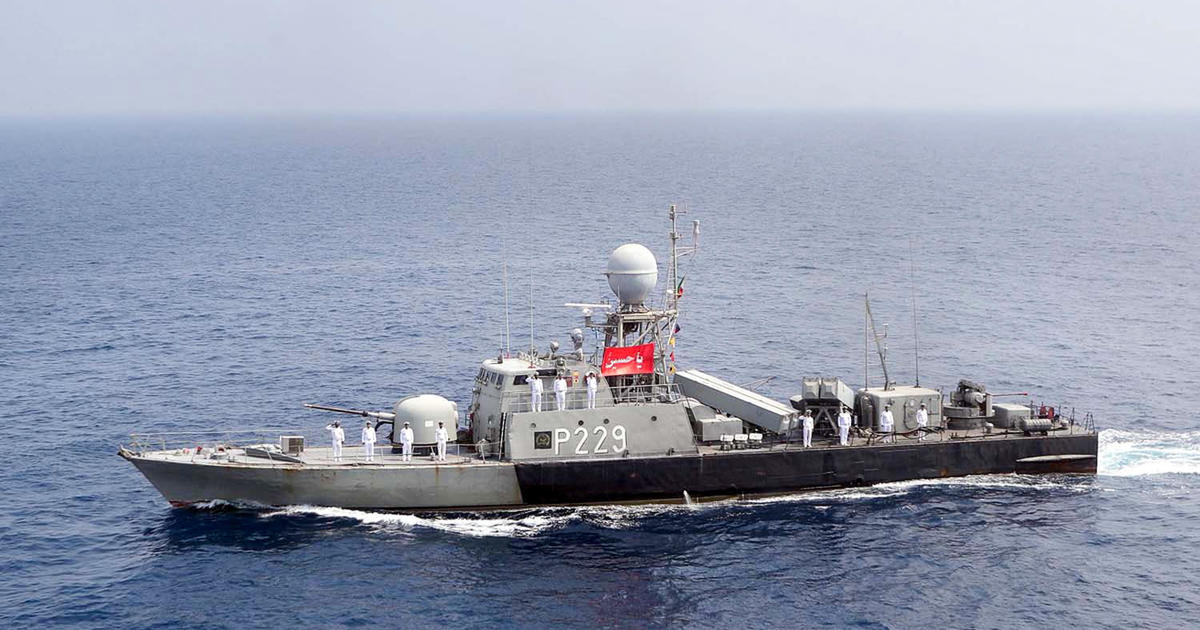 
An Iranian patrol boat interacted with U.S. Navy ships “in an unsafe and unprofessional manner” this week in the Strait of Hormuz, the United States Central Command said Tuesday.

The boat, part of the Islamic Revolutionary Guard Corps Navy, allegedly “attempted to blind” an expeditionary sea base platform ship and guided missile destroyer by shining a spotlight while the two U.S. vessels were conducting “a routine transit in international waters” on Monday evening, the command said in a press release.

The Iranian vessel also crossed within 150 yards of the U.S. ships, a distance that CENTCOM called “dangerously close, particularly at night.”

While the two U.S. ships deescalated the situation with audible warnings and non-lethal lasers before continuing without further incident, CENTCOM warned that the Iranian navy’s actions “violated international standards of professional and safe maritime behavior.”

“This dangerous action in international waters is indicative of Iran’s destabilizing activity across the Middle East,” said Col. Joe Buccino, CENTCOM spokesman, in the press release.

Monday night’s incident is not the first time that tensions have flared between Iranian and U.S. vessels in recent months. In September, the Islamic Revolutionary Guard Corps Navy briefly seized two U.S. sea drones in the Red Sea, holding the unmanned vessels for about 18 hours before releasing them on the urging of the U.S. Navy.  Earlier in the same week, a support ship from the Iran Revolutionary Guard Corps attempted to seize a U.S. drone in the Persian Gulf, but intervention by the U.S. Navy prevented the drone’s capture.

In June 2022, a U.S. Navy warship was forced to fire a warning flare to wave off an Iranian Revolutionary Guard speedboat that was reportedly coming straight at it. That incident also took place in the Strait of Hormuz, and in the hour-long encounter, the boats came within 50 yards of each other, marking an even closer call than the December incident.

In March, three Iranian ships and several U.S. Coast Guard and Navy vessels were locked in a tense encounter for hours as the American boats traveled out of the Persian Gulf through the Strait of Hormuz. Warning flares and ship-to-ship communication were used as the Revolutionary Guard vessel got within 25 yards of the U.S. boats.

The Strait of Hormuz is a vital chokepoint that connects the Persian Gulf with the Gulf of Oman and the Arabian Sea, according to the U.S. Energy Information Administration. It’s considered the world’s most important oil transit route, since about one-fifth of the world’s oil supplies travel through the strait each day. Any disruption to the strait can cause supply delays, higher shipping costs and higher energy prices around the world.