Iran is booted from U.N.’s Commission on the Status of Women 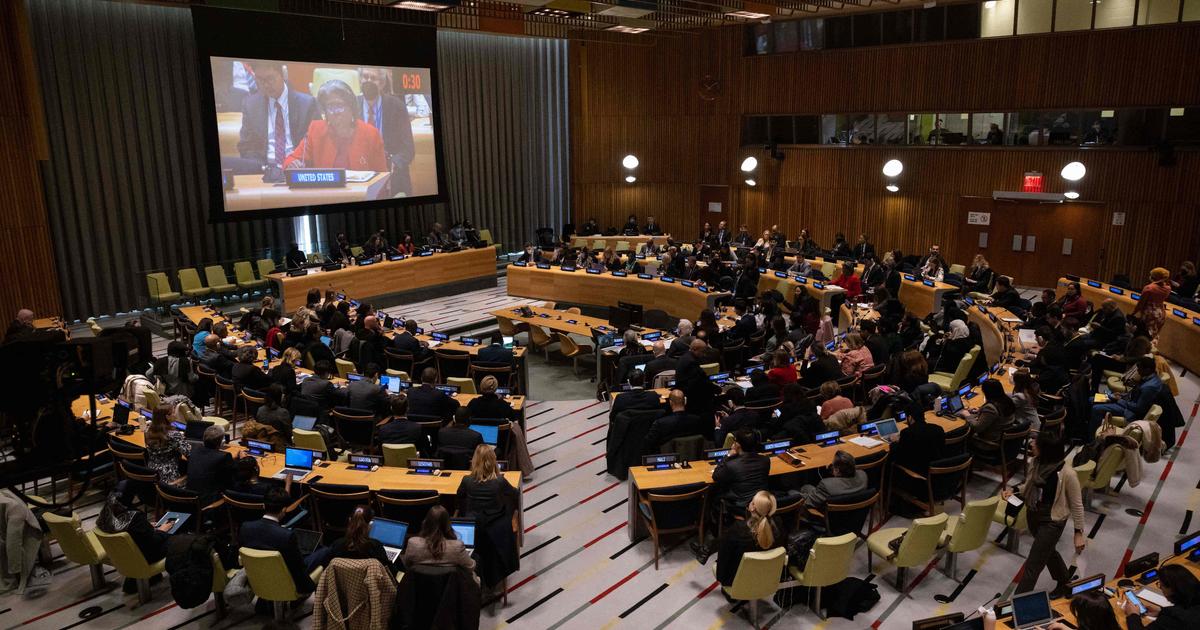 
United Nations — The U.N.’s Economic and Social Council (ECOSOC) voted Wednesday to boot Iran from the preeminent women’s forum, the 45-nation Commission on the Status of Women — a part of ECOSOC. The vote on the U.S.-drafted resolution was 29 to 8, with 13 abstentions.

The push to remove Iran was initiated by the U.S. in November, after protests erupted across Iran following the death of 22-year-old Mahsa Amini in the custody of the “morality police.” Protesters chanting the rallying cry “Woman, life, freedom!” filled the streets in the most public challenge to the regime in years.

U.S. Ambassador to the U.N. Linda Thomas-Greenfield told council members that Iran should be removed because “the Commission is the premier U.N. body for promoting gender equality and empowering women. … It cannot do its important work if it is being undermined from within.”

“Iran’s membership at this moment is an ugly stain on the Commission’s credibility,” Thomas-Greenfield said.

Thomas-Greenfield also spoke about Mahsa Amini: “Mahsa Amini just wanted to finish her studies. She wanted to start a family. She wanted to live a normal, happy life. She was just a student. But now she’s a martyr. On September 13, when Mahsa stepped off a train in Tehran, she was accosted by the so-called ‘morality police’ and accused of wearing her headscarf improperly. … We know three days later, while still in police custody, she died. We know she was killed for the crime of being a woman.”

Iran’s U.N. Ambassador Amir Saeid Iravani blamed the repeated actions of the United States as hostile, and questioned the legality of the vote.

“The U.S. request is entirely illegal as the Council members are fully aware that there is no precedent in the Council’s practice of terminating an elected member’s participation in a functional Commission for any alleged reason, nor it is supported by the Council’s rule of procedures,” Iran’s ambassador said at the meeting.

During the debate, Russia’s Deputy Permanent Representative Gennady Kuzmin requested an opinion of the U.N.’s legal counsel on the removal of Iran from the Commission. But that was countered by Canada’s Ambassador Bob Rae, who made the point that a vote needs to be taken in order to request an opinion.

The Council voted against a delay. China, Russia, Pakistan, Venezuela and other nations spoke against the removal of Iran from the Commission.

Israel was among the nations supporting the U.S. proposal.

“We are here to address one lowest points of the U.N.’s institutionalized distortion: the fact that the worst women’s rights abuser in the world can hold a leadership position regarding women’s rights here at the U.N.,” Israel’s U.N. Ambassador Gilad Erdan said in the ECOSOC chamber.

“Today, thanks to the United States’ initiative, we have the opportunity to right this shameful wrong: this resolution must receive the support of all of us and whoever doesn’t support it is complicit in the oppression and murder of women,” Erdan said.

The U.K.’s Ambassador Barbara Woodward told delegates that Iran’s treatment of women and girls is in conflict with Commission’s work as the main U.N. body to deal with the promotion of gender equality.

“In recent weeks, Iran has tightened its oppression of women and girls, its actions are inconsistent with the objectives of the Commission and are incompatible with membership,” Woodward said.

Thomas-Greenfield implored nations to oust Iran: “I urge you to keep this simple. Let’s vote to remove Iran from the Commission on the Status of Women. Let’s do this for women. For life. And for freedom.”