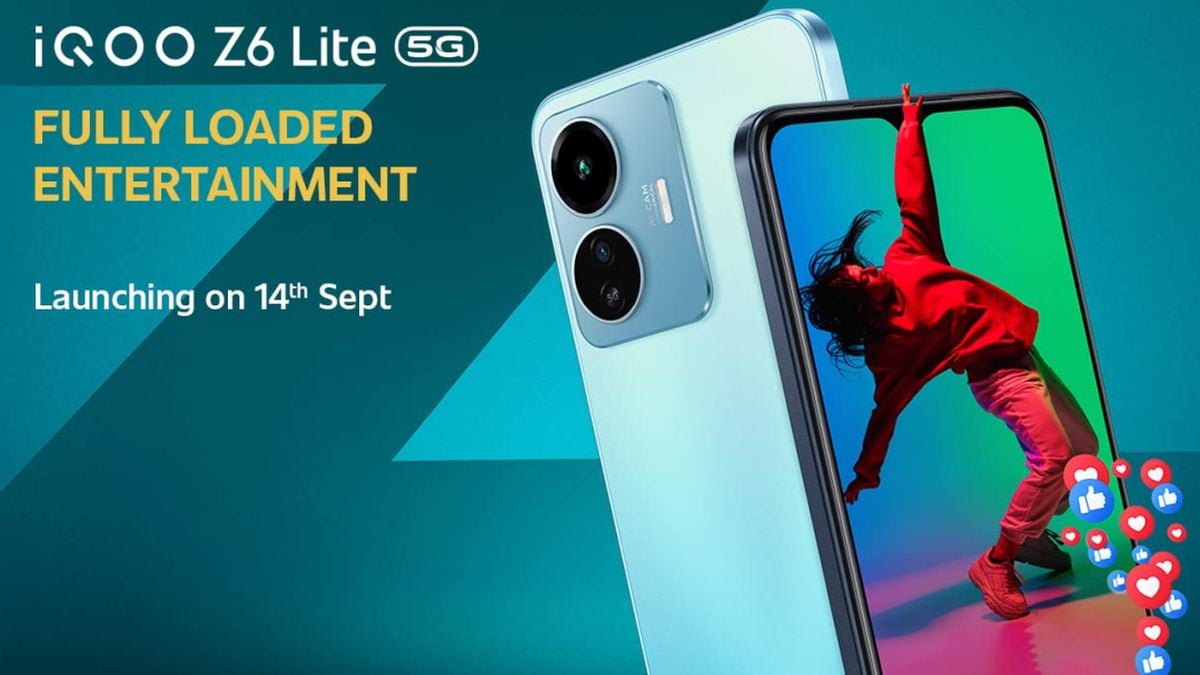 As per the microsite for the upcoming iQoo Z6 Lite 5G on Amazon, the phone is set to debut in India on September 14. Apart from the launch date, the microsite also confirms some specifications of the phone. The new iQoo phone is listed to feature “dual 5G experience” as well, which suggests it will be a dual-SIM 5G handset.

The iQoo Z6 Lite 5G is confirmed to sport a display with a 120Hz refresh rate. It will be powered by an unspecified Qualcomm Snapdragon SoC. The Vivo sub-brand will be revealing the name of the SoC on September 7. On September 8, the company will be teasing more specifications of the smartphone, including the camera features.

The renders of the phone shared via Amazon suggest that the iQoo Z6 Lite 5G will feature a triple rear AI camera setup with an LED flash. The rear camera module protrudes a little from the panel as well. At the front, the phone will feature a water drop-style notch, expected to house the selfie camera. The company is yet to reveal the India pricing of the phone.

The iQoo Z6 Lite 5G was recently tipped to be powered by a Qualcomm Snapdragon 4-series SoC, which is said to be comparable to the MediaTek Dimensity 810 SoC.

According to an earlier report, the iQoo Z6 Lite 5G has been spotted on a smartphone’s firmware date with the model number Vivo I2208. The smartphone had reportedly also visited the Bureau of Indian Standards database with the same model.