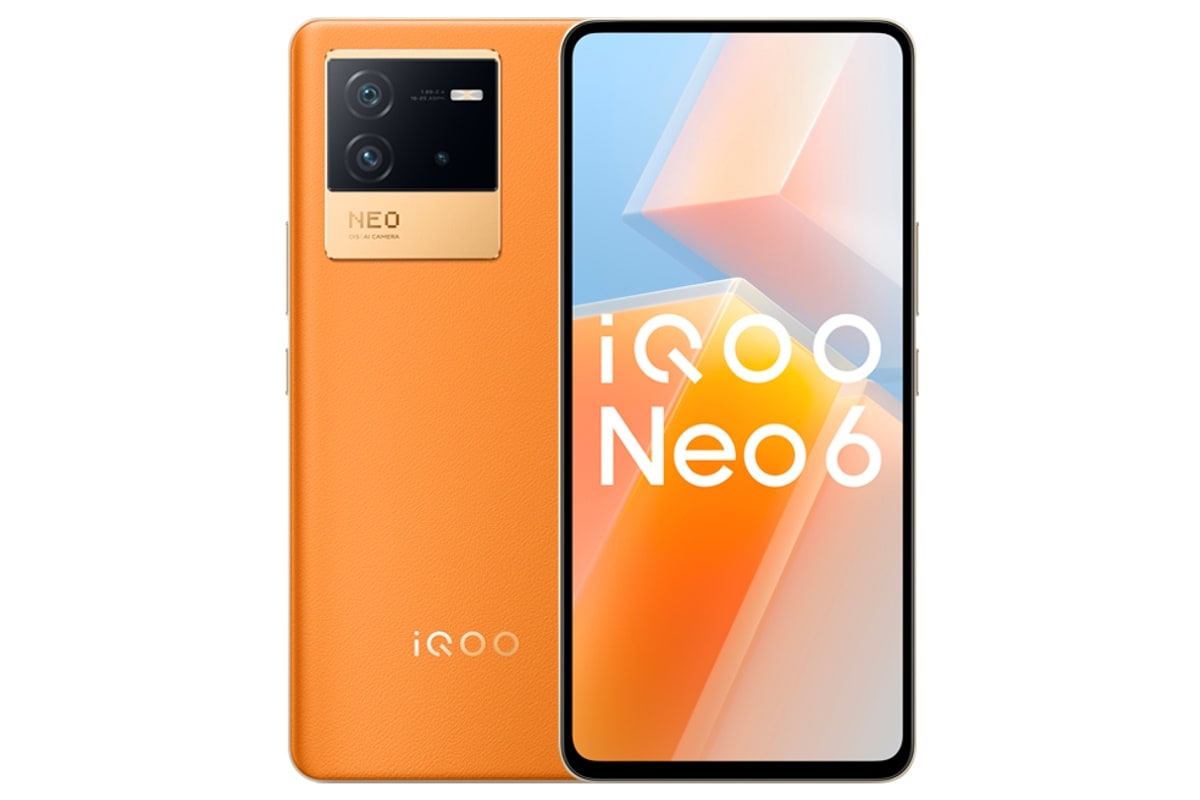 
iQoo Neo 7 is reportedly set to feature a 5000mAh battery along with 120W fast charging support, according to a tipster. The latest upcoming entrant in the Neo series is said to be officially launched by the company soon, after a 5G mobile phone with model V2231A passed 3C certification was spotted with a 120W dual fast charger, according to a recent report. iQoo Neo 7 succeeds the Neo 6 with significant upgrades being reported in terms of chipset, charging, and display capabilities.

In an earlier tip by tipster Digital Chat Station, the MediaTek Dimensity 9000 from the iQoo Neo 6 has been replaced by the Dimensity 9000+ processor. The latest model in the Neo series will also reportedly feature a new full-HD+ flat screen display with 120Hz refresh rate and eye-protection. It is also said to get a 50-megapixel Sony IMX766V main camera previously seen on the iQOO 8 Pro. The iQOO Neo 7 is also expected to have a 13-megapixel ultra-wide-angle lens and a 12-megapixel portrait telephoto lens.

iQoo Neo 7 is also expected to be equipped with optical fingerprint recognition, a linear motor, near-field communication (NFC), and infrared remote control functionalities, all seen on its predecessor.

An earlier photo leak by popular Chinese singer Zhou Shen, indicated that the iQoo Neo 7 coming in blue colour features a square rear camera module, similar to the design of its predecessor the iQoo Neo 6. However, there is no indication yet of what the company would call the colour variants in its latest Neo 7.

The iQoo Neo 6, which was launched in India in two colours, Dark Nova and Cyber Rage, earlier this year came in at a price point of Rs. 29,999 for the base variant with 8-gigabytes RAM and 128-gigabytes of storage. The top variant featuring 12-gigabytes of RAM and 256-gigabytes storage was priced at Rs. 33,999. iQOO Neo 7 is also expected to be launched at a competitive price point.

iQoo has not confirmed any price or specification details of the upcoming Neo 7, but is widely expected to be launched by the company in October, considering the festive season being seen as a conducive time for the extremely competitive mid-range-high-performing smartphone segment that the Neo 7 is expected to slot into.