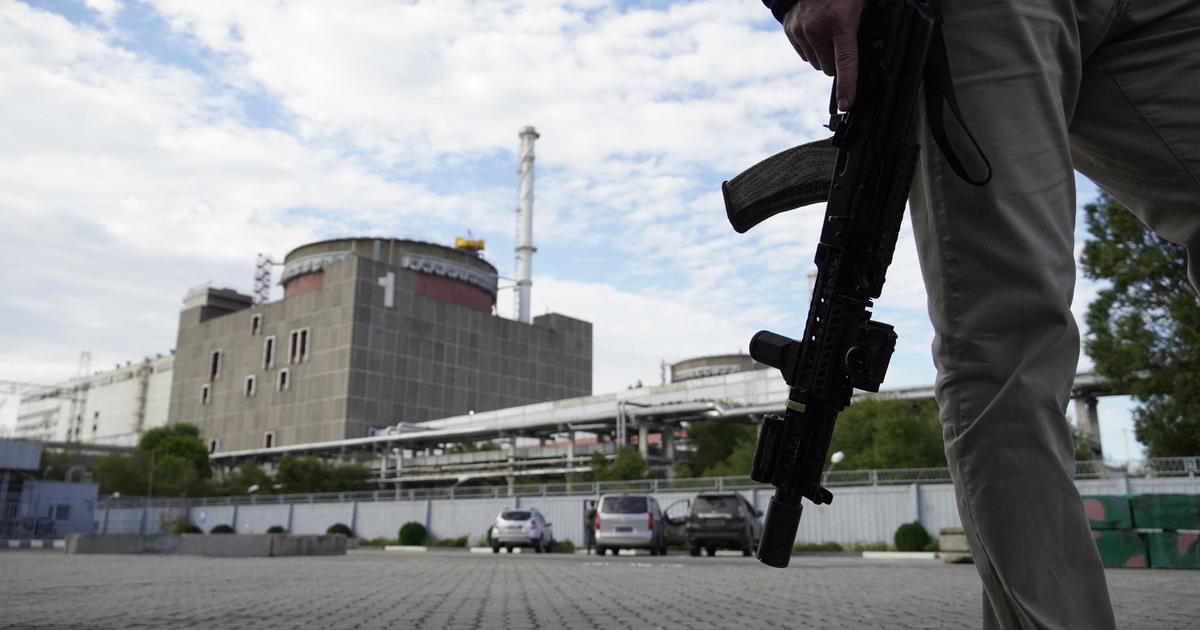 
United Nations – The head of the United Nations atomic energy agency, the IAEA, is scheduled to visit Ukraine next week as a follow-up to his commitment last month to enlarge the watchdog agency’s oversight of Ukraine’s nuclear power plants, which have been shelled during Russia’s nearly 11-month war on the country.

The planned trip, confirmed by the IAEA on Friday, follows discussions by Director General Rafael Grossi, who with Ukraine’s Prime Minister Denys Shmyhal “agreed that the International Atomic Energy Agency (IAEA) will establish a continuous presence of nuclear safety and security experts at all of the country’s nuclear power plants as part of stepped-up efforts to help prevent a nuclear accident during the current armed conflict.”

“Director General Grossi has repeatedly stressed his grave concern about the extremely difficult and challenging situation for staff at the plant. Any abuse or maltreatment of ZNPP personnel [Zaporizhzhia] would be completely unacceptable,” Fredrik Dahl, spokesperson for the agency, told CBS News on Friday. Zaporizhzhia is Europe’s largest nuclear plant.

The IAEA chief has traveled several times to Ukraine and Russia to garner agreements on nuclear safety in the midst of intense fighting, and for the plan to place inspectors in all of Ukraine’s facilities. Earlier this week, the agency conducted another rotation of IAEA staff at Zaporizhzhia (ZNPP), and next week the Director General will establish IAEA extended presence in all nuclear power plants under Ukraine control, at Ukrainian authority’s request, according to a source familiar with the plans.

The increase of inspectors in Ukraine follows discussions by Grossi with Ukraine’s Prime Minister Denys Shmyhal who “agreed that the International Atomic Energy Agency (IAEA) will establish a continuous presence of nuclear safety and security experts at all of the country’s nuclear power plants as part of stepped-up efforts to help prevent a nuclear accident during the current armed conflict.”

Last week, the IAEA said it “continues to prepare to deploy soon IAEA teams on a continual basis to the four other Ukrainian nuclear facilities, the Khmelnitsky, Rivne and South Ukraine NPPs [nuclear power plants], as well as the Chornobyl site, as agreed in Paris in December by Ukrainian Prime Minister Denys Shmyhal and IAEA Director General Grossi.”

“These missions aim to provide technical support and assistance as needed in order to help maintain a high level of nuclear safety and security and reduce the risk of a nuclear incident or accident with a potential radiological impact on the population and the environment,” the agency said, adding that Grossi was “continuing consultations with Ukraine and Russia aimed at agreeing and implementing a nuclear safety and security protection zone around the ZNPP as soon as possible.”

Embedding a team permanently at the Zaporizhzhia plant may be the most difficult part of the IAEA’s plan to implement. Russian forces have occupied the sprawling facility since March, and Russian President Vladimir Putin declared the plant within Russian territory in October.

Negotiating a safe zone around Zaporizhzhia has been difficult because of the proximity of the fighting, according to the IAEA.

“Director General Grossi has repeatedly expressed grave concern about the impact of the challenging working conditions at the ZNPP,” the agency said in its statement last week.

Grossi has sounded alarm bells about Ukraine’s nuclear plants since the summer, when he said about Zaporizhzhia: “Any military firepower directed at or from the facility would amount to playing with fire, with potentially catastrophic consequences.”