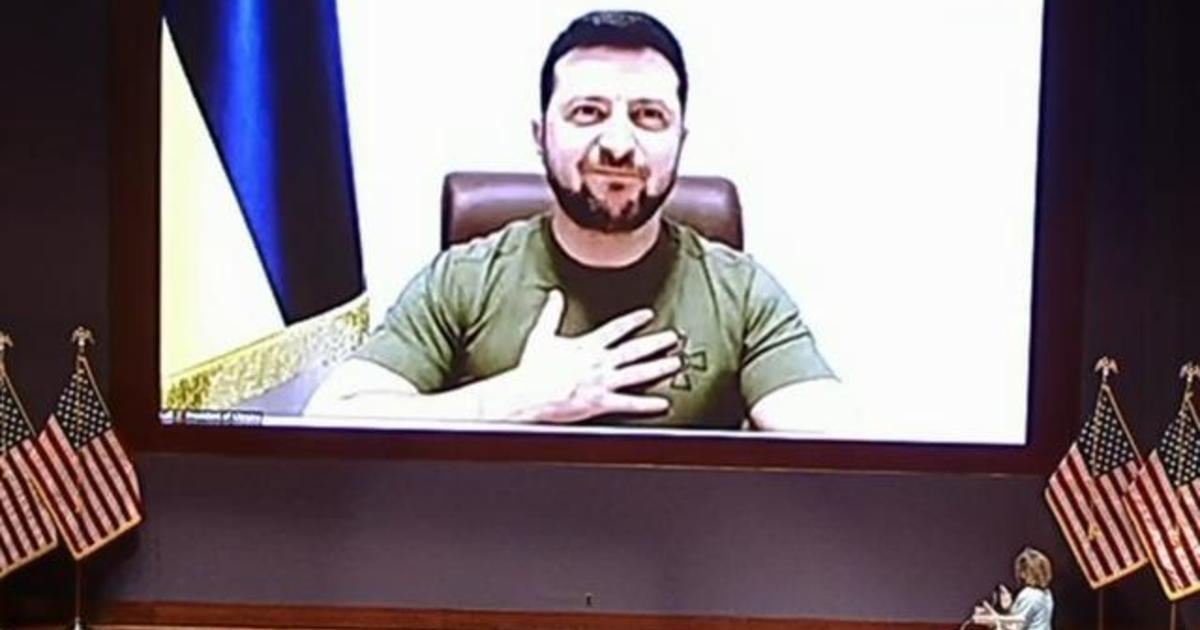 
Washington — Ukrainian President Volodymyr Zelenskyy is set to address a joint meeting of Congress Wednesday night as part of his first trip outside Ukraine since Russia launched its assault on his country in February.

Ahead of his address to Congress, scheduled for 7:30 p.m. ET, Zelenskyy and President Biden will meet in the Oval Office and hold a joint press conference.

Around 2 a.m. Wednesday, Pelosi announced her invitation for the Ukrainian leader to address lawmakers in the House chamber.

“In the face of Putin’s horrific atrocities, Ukrainian freedom fighters have inspired the world with an iron will and an unbreakable spirit — fighting back against Russia’s brutal, unjustified invasion,” Pelosi wrote in a letter to the Ukrainian president. “During this dark moment, your courageous, patriotic, indefatigable leadership has rallied not only your people, but the world, to join the frontlines of the fight for freedom.”

All current members of Congress are invited to attend the speech on the House floor, and no guests or former members will be allowed. The House Sergeant at Arms noted in a memo that security will be particularly tight, and access to the Capitol will be restricted.