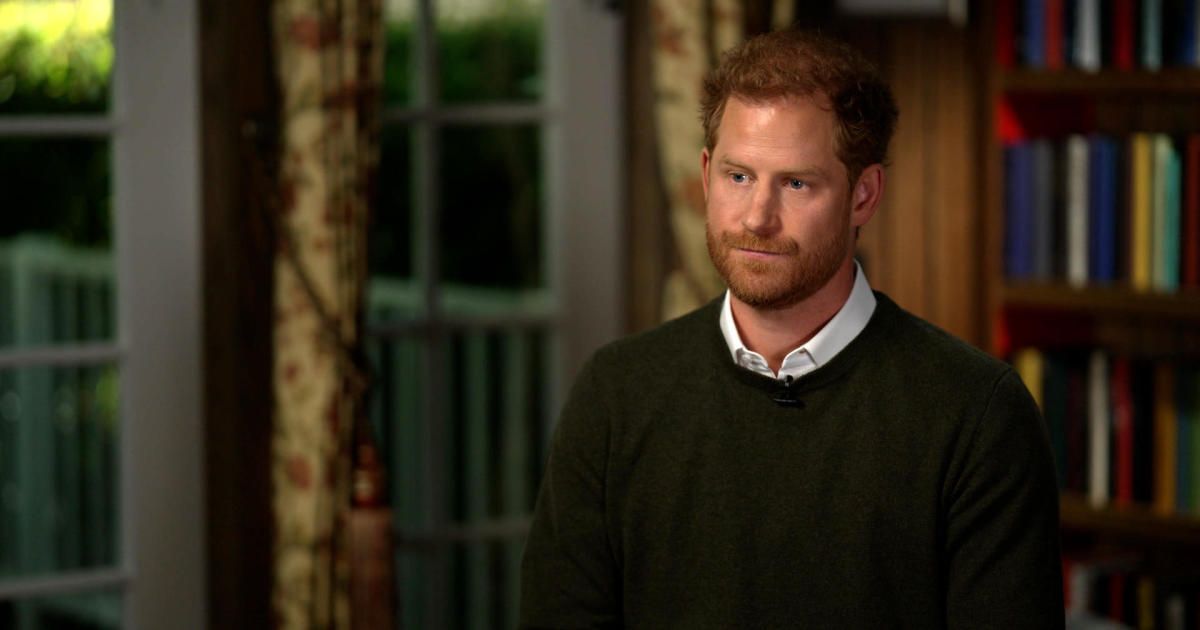 Prince Harry will sit down with Anderson Cooper on Sunday night’s edition of 60 Minutes. It will be the royal’s first American television interview about his upcoming memoir, “Spare.”

Here’s how to watch the interview.

60 Minutes will air at 7:30 p.m. ET this Sunday, January 8, immediately following CBS’ coverage of the NFL.

How to watch Prince Harry’s 60 Minutes interview on TV

If you have basic cable or an antenna you can watch the broadcast through your local CBS affiliate.

Paramount+ will stream 60 Minutes at the same time it airs on television. Click here for a free trial.

The interview will also be available on CBSNews.com, CBS.com and through the CBS News app. It re-airs on the CBS News Streaming Network on Tuesday at 8 p.m. and 11 p.m. ET.

“Spare” has already stirred up headlines, with claims that Prince William physically attacked Prince Harry in their feud over Harry and Meghan’s treatment.

In a clip from the 60 Minutes interview released earlier this week, Harry said he’d tried to keep his conversations with the British royal family private, but to combat stories in the tabloids, he’s been forced to make his concerns public.

“Every single time I’ve tried to do it privately there have been briefings and leakings and planting of stories against me and my wife,” he told Cooper in the clip. “You know, the family motto is never complain, never explain, but it’s just a motto.”

“There’s a lot of complaining and a lot of explaining… being done through leaks.” Cooper said to Harry.

“They will feed or have a conversation with the correspondent,” Harry explained. “And that correspondent will literally be spoon-fed information and write the story. And at the bottom of it they will say that they’ve reached out to Buckingham Palace for comment. But the whole story is Buckingham Palace commenting. So when we’re being told for the last six years, ‘We can’t put a statement out to protect you.’ But you do it for other members of the family. It becomes— there becomes a point when silence is betrayal.”