How Egypt’s last Jews will mark Hanukkah, and make sure their culture doesn’t “disappear” with them 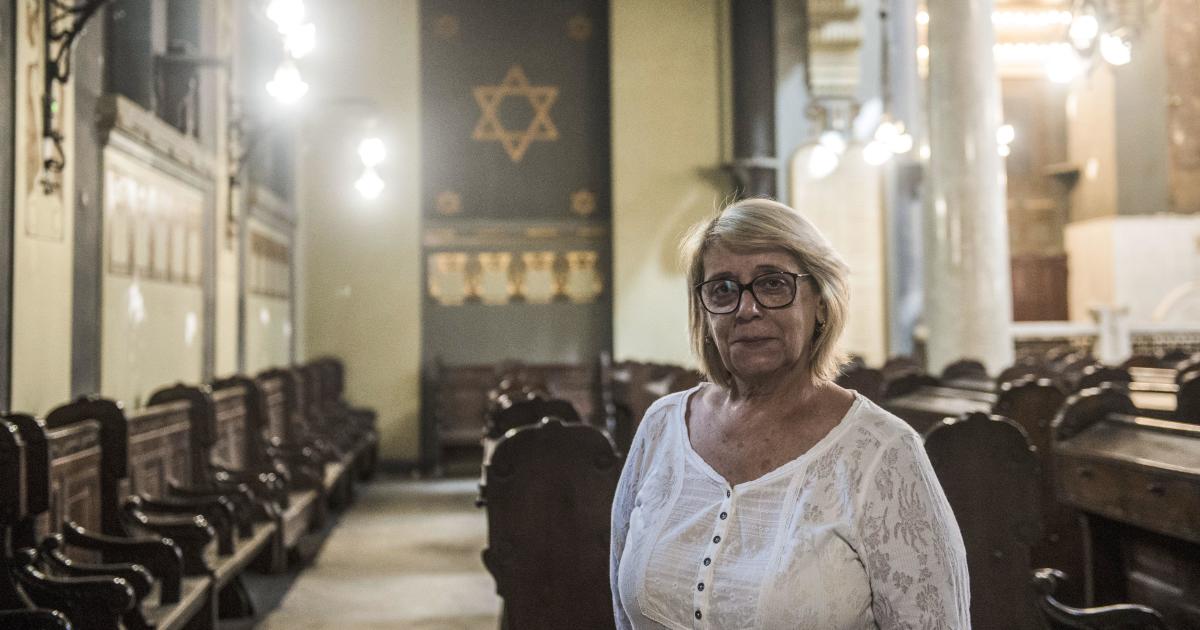 
Cairo — More than 10 million people live in Egypt’s capital, but only three of them — all older women — are Egyptian Jews. At 70, Magda Haroun is the youngest, and the leader of Cairo’s now virtually extinct native Jewish community.

“Usually, the head of the Jewish community is a rabbi, but there hasn’t been one since the ’60s,” Haroun told CBS News on a visit to one of downtown Cairo’s empty synagogues.

There are a total of 12 Jewish houses of worship across the capital — that’s four for each remaining Jewish resident.

“I am the keeper,” Haroun told CBS News. She has the keys.

Occasionally she invites Jewish expats and diplomats to attend ceremonies at the synagogue, partly as a way of attaining the number of men (10) traditionally required for prayer services.

But sometimes they fall short, or can’t find a rabbi to lead the services.

“One year we had a woman leading the prayer, which is unorthodox,” she said, adding that in her mind the move was pragmatic: “We have to do it to mark the occasion — you think God won’t accept our prayers?”

After being elected leader of the community in 2013, Haroun gathered the other women in the synagogue to celebrate Hanukkah. She turned to Google to look up instructions to lead the service and tried to read the prayers.

The women brought some sweets and a menorah and filled it with candles as required. But nothing is easy the first time.

“One of the ladies said, ‘I think we should start from this side,’ another said, ‘no, it’s the other side.’ ‘No, you should light it from the middle,’ a third said,” Haroun recalled of that chaotic first attempt. “My sister shouted at everyone to please shut up [and said], ‘We are going to light the candles — it doesn’t matter from which side.'”

That was almost a decade ago, and Haroun said “after that, we found people who knew how to do it.”

Before the Arab-Israeli War in 1948, there were around 80,000 Jews in Egypt, but as the conflict between Arabs and Israel continued, the numbers declined. War broke out again in 1956 (known as the Suez Crisis, the Sinai War or the Tripartite Aggression), sparking a mass emigration of Jews from Egypt.

The next war, in 1967, prompted “the last exodus of Egyptian Jews,” Haroun said.

Right before that war, her father Chehata Haroun, a lawyer and communist public figure, sent a letter to Egyptian officials asking to volunteer wherever they needed him. On June 5, the day the war started, authorities came and took him away.

Haroun said she begged to go with him, as she thought he was going to join the war effort.

“My mother held me back,” she told CBS News. “She said: ‘Your father is not going to war. Your father is being arrested because he is a Jew.”

All Jewish men between the age 18 and 60 were arrested, she said. They were given a choice: “You can go to the airport and your family will join you, or you will stay in jail.”

Her father chose to stay. He was released from prison after four months, but other men from the community remained behind bars for several years.

“He was received as a hero when he was released,” she recalled. “All the people in the neighborhood loved him.”

Haroun still works from his old office, and on her right wrist she has a tattoo of the phrase “My father’s daughter,” in Arabic. She said her father knew that she would one day end up looking after Egypt’s Jewish community, because he knew his family would never abandon the country.

The loss of cultural diversity in the ancient capital city — once one of its defining traits — saddens Haroun. Her own family is a perfect example: Her ex-husband is a Muslim and she has two daughters with him, both of whom are Muslim. Her second husband is Catholic.

“My house in Egypt is the only house where the three religions live under one roof without fighting,” she said with pride.

Haroun is worried that, within a few years, there will be no Egyptian Jews left in the country, so she has worked with officials to ensure the country’s Jewish heritage, including some major historical sites, will be cared for after she’s gone.

“All synagogues now are under the umbrella of the Ministry of Tourism and Antiquities, so they will be protected and not destroyed,” she told CBS News. That includes the Ben Ezra Synagogue, the oldest maintained in the Middle East. “We did an inventory of each synagogue, with photographs and numbers, so nothing will disappear, I hope.”

She also works closely with the Drop of Milk Foundation, a century-old organization that aims to preserve Jewish heritage in Egypt, which recently, with the help of the U.S. Embassy in Cairo, restored a portion of the Jewish Cemetery of Basatin, the second-oldest Jewish cemetery in the world.

Haroun told CBS News she was doing it for her culture, and for her father, whom she said taught her an “unconditional love” for both her faith and her country.

“I owe him that I have an identity,” she said. “I am an Egyptian Jew, and nothing will change this.”

And as for the plans to celebrate Hanukkah, which begins at sundown on Sunday: “We will celebrate it on the 19th since/because no one will come on the 18th because of the World Cup finals,” she said with a laugh.