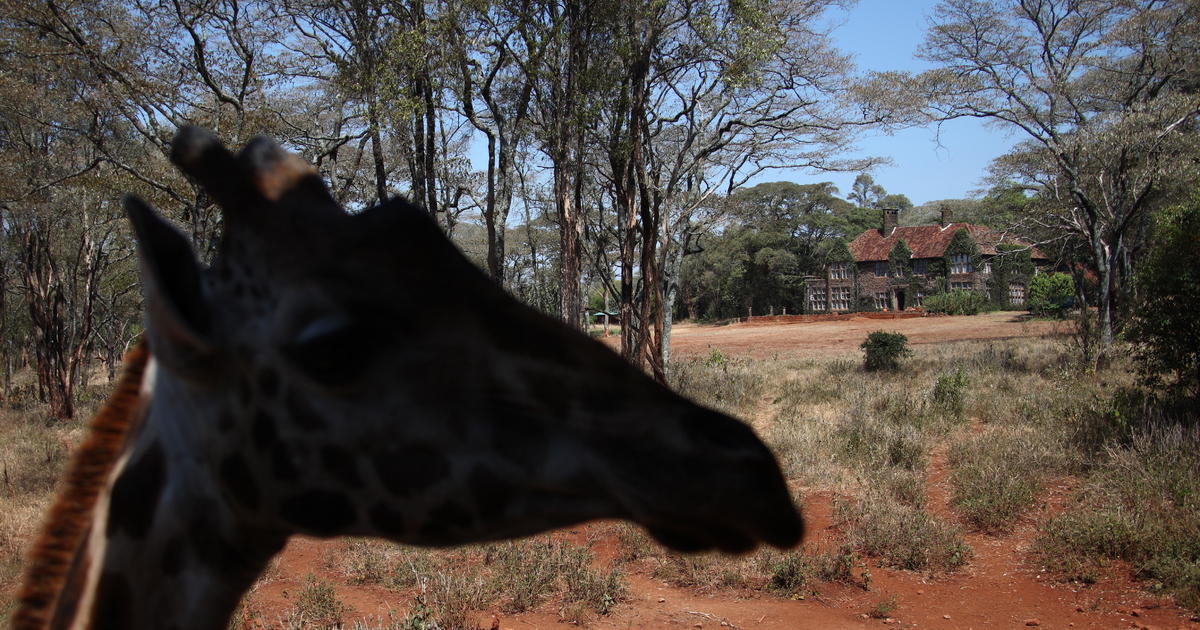 
Nairobi, Kenya — It just wouldn’t feel like Africa without them, and no wildlife safari is complete without a sighting of the gentle giants of the savanna, but a hotel in Kenya does one better: Eco-tourists who stay at Giraffe Manor pay for the opportunity to get up close and personal with the majestic animals.

It can be a remarkable bucket-list experience, but it’s also very important for conservation.

Environmentalist Cecilia Mueni says most people have no idea that Africa’s giraffes are fighting for their survival.

“The giraffe is basically under threat from all corners — from people themselves, from predators, from climate change,” she told CBS News.

Poachers hunt them for bush meat and even for their tails, which they believe give them power.

And exacerbating it all, the Horn of Africa has been suffering through its worst drought in 40 years.

Numbers of Nubian giraffes have dwindled so much that they’re now on the critically endangered list. Conservationist Arthur Muneza told CBS News that time is running out.

“If we don’t act now, we might lose them,” he said. “This has happened actually in the last 30 to 40 years, where we’ve seen giraffes have gone extinct in at least seven African countries.

Paying for the rare privilege offered at Giraffe Manor helps reverse that devastating trend. And it is a surreal experience — imagine enjoying your breakfast and seeing a giraffe stick its head in through your window.

“This place is mind blowing,” she told CBS News. She said knowing her vacation was giving back, helping to protect Africa’s giraffes, “just made the whole experience better.”

The animals come over for high tea and breakfast, but they actually live next-door at the Giraffe Centre, where they stoke a passion for wildlife in the very young, who visit for free.

For Emmanuel Ngumbi, who still remembers visiting the center as a school kid, it was love at first sight.

“It was quite amazing, because I’ve never thought of giraffes being so friendly, but I was amazed to see such a big giant,” he recalled.

He was so inspired that he studied conservation, and he now manages the very education program that changed his life.

“We need to stick out our necks out for the giraffes and make the world understand they are an iconic species,” he said. “We need to save them for the future.”

Tourism funds the conservation work and supports a breeding program run by both the center and Giraffe Manor, together with the Kenyan government.

Most of the giraffes born here have been reintroduced into the wild. The program has been so successful, that numbers have risen over the last 40 years from just 76, to 1,200.

So, for tourists like Shannon Turner, it’s a once-in-a-lifetime experience that’s saving lives as well.