‘Great concern’: Invasive group A strep cases spiking in parts of US — CDC is investigating 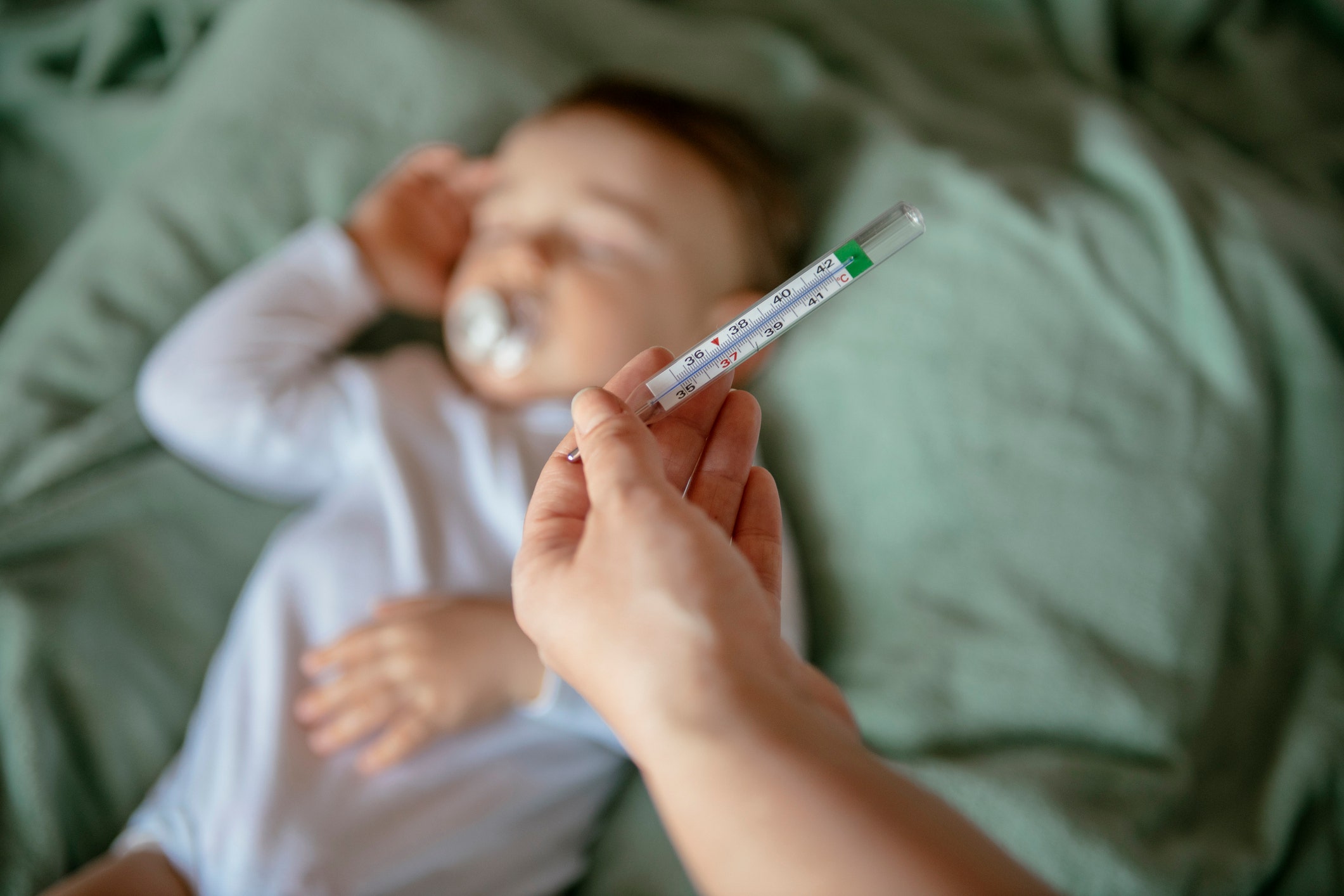 
The Centers of Disease Control and Prevention (CDC) is investigating a possible spike in cases of invasive infections among children in the United States caused by the bacteria that is known to lead to strep throat, called group A Streptococcus — or group A strep.

“It is a great concern that we are seeing an increase in serious cases across many locations,” added Glatt, who is also a spokesperson for the Infectious Diseases Society of America.

DR. JANETTE NESHEIWAT: BABIES BORN DURING THE PANDEMIC ARE SEEING VIRUSES FOR THE FIRST TIME

The cases have been spiking across Europe and parts of the U.S.

Here’s a deeper dive into the issue — and what Americans should know.

Where’s the spike in cases?

France, Ireland, the Netherlands, Sweden and the United Kingdom have reported a spike in cases of invasive group A strep disease since September among children under 10 years of age, according to the World Health Organization (WHO).

A mom checks her child’s temperature. “It is a great concern that we are seeing an increase in serious cases [of group A strep] across many locations,” said Dr. Aaron Glatt, chief of infectious diseases at Mount Sinai South Nassau Hospital in Long Island, New York.
(iStock )

“In France and the United Kingdom, the number of [invasive group A strep] cases observed in children has been several-fold higher than pre-pandemic levels for the equivalent period of time,” the WHO said recently in a press release on December 12.

In addition, multiple U.S. hospitals in several states — including Arizona, Colorado, Texas and Washington — told NBC News they have seen higher levels of cases from invasive disease caused by the bacteria, compared to past years.

The state of Colorado also reported two deaths among young children from the Denver area due to group A strep since Nov. 1.

“We are seeing an increase in invasive Streptococcus pyogenes (Group A strep) bacterial infections here in our area, mostly following respiratory viral illnesses like Influenza A and RSV,” said Conway, who’s also a professor of pediatrics at the University of Wisconsin School of Medicine and Public Health.

The state of Colorado also reported two deaths among young children from the Denver area due to group A strep since Nov. 1, according to the state health department.

A woman checks her sick daughter’s throat. “Serious viral infections like influenza A, RSV and COVID-19 all are a setup for secondary bacterial infections,” said Dr. James H. Conway of Madison, Wisconsin.
(iStock)

Deaths in England are among all age groups

“Sadly, so far this season there have been 74 deaths across all age groups in England,” according to a Dec. 15 press release from the United Kingdom Health Security Agency.

The release discussed an unusual increase in scarlet fever and group A strep infections.

“This figure includes 16 children under [age] 18 in England.”

Why a rise in cases?

“The underlying cause for this increase is unknown, which is even scarier,” Glatt noted.

“Serious viral infections like influenza A, RSV and COVID-19 all are a setup for secondary bacterial infections,” Conway added.

A pediatrician examines a baby. “It’s important for parents to maximize immune protection by keeping their children up-to-date with both the viral vaccines against influenza and COVID-19, as well as the available routine childhood vaccines against bacteria with Prevnar13, etc.,” said one physician.
(iStock)

“They have a negative impact on the immune system, as well as creating an environment conducive to bacterial replication, with all the airway swelling and increasing secretions.”

People likely generate some immunity from transient contact with group A strep, he added — but the pandemic “probably diminished the general community’s immunity, just as it seems to have done for influenza and RSV in the much of the population.”

RSV SURGE RAISES QUESTIONS ABOUT REPEAT CASES: CAN YOU OR YOUR CHILD GET IT AGAIN?

“Fortunately, when recognized early and with prompt appropriate therapy, outcomes can be quite good, but some patients unfortunately will still succumb despite proper care,” Glatt added.

What is group A strep?

“Group A strep is literally a whole group of bacteria, which can cause lots of different types of diseases depending on the strain,” Conway noted.

Experts advise treating strep throat with antibiotics to prevent a kidney complication and other complications.

The mild cases are considered “non-invasive,” such as those infections that cause strep throat or skin infections, like scarlet fever or impetigo.

Experts advise treating strep throat with antibiotics to prevent a kidney complication known as post-streptococcal glomerulonephritis and another that affects multiple organ systems, including the heart, joints and central nervous system — known as rheumatic fever.

“Scarlet fever, also called scarlatina, is characterized by a scarlatiniform rash and usually occurs with strep throat,” according to the CDC website.

Impetigo is a superficial skin infection that looks like a “honey-colored” rash; it usually appears on exposed areas of the body, such as the face, the arms or legs, per the CDC.

What is invasive group A strep?

“Invasive disease means that germs invade parts of the body that are normally free from germs,” the CDC noted on its website.

When group A strep invades deeper parts of the body, this can lead to more severe disease, such as when bacteria enters the bloodstream or the lungs, or deep into the skin known as necrotizing fasciitis.

Necrotizing fasciitis is known as “the dreaded flesh-eating bacteria,” Conway noted. The skin of the patient will rapidly turn “dusky” within 24 to 48 hours, and “affected tissues progressively [will] darken from red to purple to blue to black,” the CDC noted.

“Invasive disease means that germs invade parts of the body that are normally free from germs,” the CDC noted on its website.
(iStock)

The condition requires antibiotics and often emergency surgical removal of the dead tissue, known as debridement.

The bacteria can also release toxins in deep tissues and the bloodstream, leading to shock and organ failure (toxic shock).

The condition often presents with influenza-like symptoms, such fever, chills and muscles aches, but quickly progresses to where the bacteria enters the bloodstream and causes organ failure in a life-threatening condition known as sepsis.

How can we protect kids this winter?

“It’s important for parents to maximize immune protection by keeping their children up to date with both the viral vaccines against influenza and COVID-19, as well as the available routine childhood vaccines against bacteria with Prevnar13, etc.,” Conway said.

“It’s also important for people who are ill to wear masks or stay home, to prevent exposing and infecting other individuals,” he noted.

Conway advised, “It’s also important to seek medical attention for kids who are having high fevers, difficulty breathing, unusual rashes — among other things.”

South Korea drops indoor mask mandate, but many continue to wear them as concerns linger

WHO seeks to expand role in tackling next global health emergency, but faces funding issues