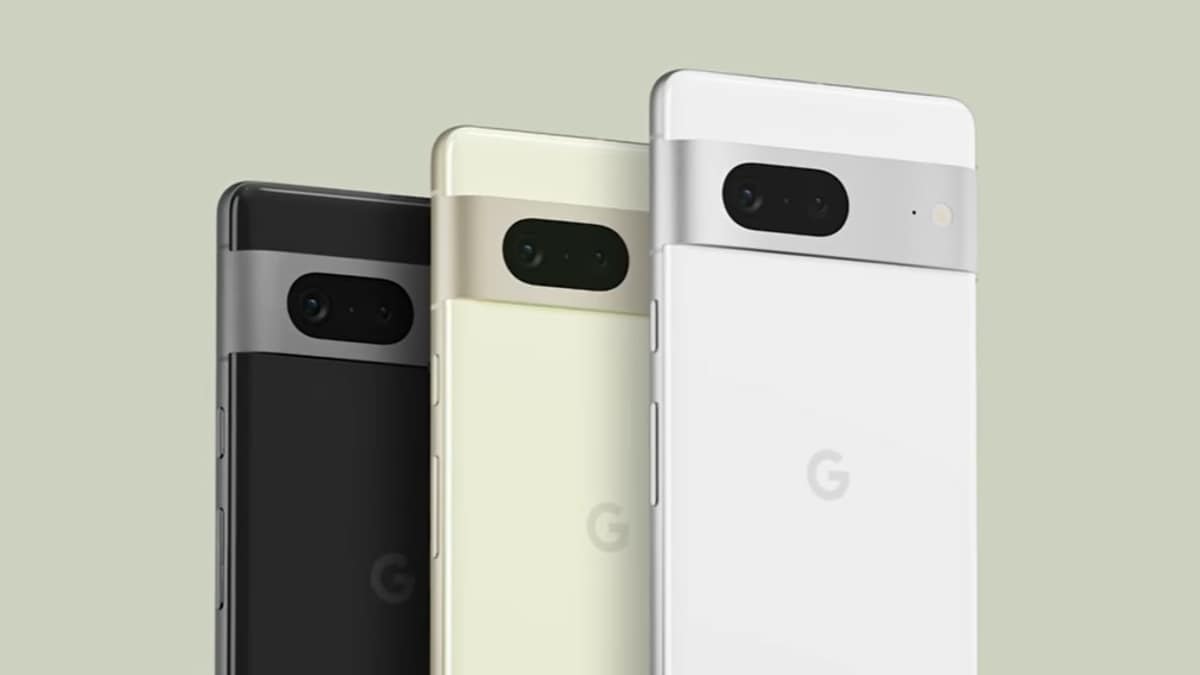 
Google Pixel 7 and Pixel 7 Pro are all set to be launched on October 6. In the build-up to their imminent arrival, Goole on Thursday released a promo video showing the complete design of the Pixel 7. In the short video, the company showcases its new colourways and teases the premium design of the upcoming smartphone. It features glass rear panels, while the camera module shows to have a matte aluminium finish. The Google Pixel 7 is confirmed to be offered in Lemongrass, Obsidian, and Snow colour options.

The tech giant, via its official YouTube handle Made by Google, released a teaser video showcasing the upcoming Pixel 7’s design from all angles. The video suggests Lemongrass, Obsidian, and Snow colourways for the upcoming handset. The Google Pixel 7 has a similar design to previous Pixel phones, including an identical rear camera design with some minor changes. The promo video also shows a glass frame at the back and an aluminium matte-finished camera module. The smartphone is seen carrying a dual camera setup along with an LED flash. Power and volume buttons are seen arranged on the left spine of the device.

Recently, Google posted a video showing off the design of the Pixel 7 Pro smartphone in Obsidian, Hazel and Snow shades. Google unveiled the Pixel 7 series earlier in May at its I/O 2022 event as the successor of the Pixel 6 series. The smartphones and Google Pixel Watch will be launched at the ‘Made By Google’ launch event on October 6 at 10am ET (7:30pm IST). The upcoming phones will be backed by Tensor G2 SoC.

The Pixel 7 is tipped to feature a dual rear camera unit comprising a 50-megapixel primary camera and a 12-megapixel ultra-wide-angle camera. Google Pixel 7 Pro, in contrast, is said to carry a triple rear camera setup with an additional 48-megapixel telephoto camera. Both smartphones are expected to get a 11-megapixel selfie sensor. The two phones could offer eSIM MEP feature that allows a smartphone to connect to two eSIM providers simultaneously. Both the Pixel 7 and Pixel 7 Pro are said to offer support for Android’s biometric face unlock feature.